What It Means to Be a Cosmic Seer 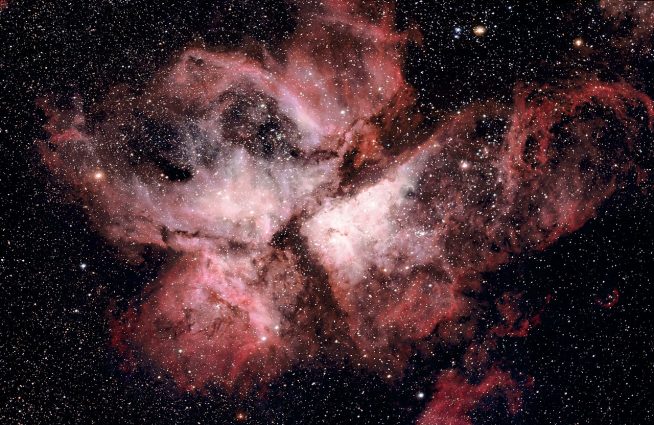 Some people ask me the reason why I talk about the stars so much.

Why do I mention space exploration in my conversations so often?

To me, it is rather strange how we don’t talk about the stars more.

How we don’t find it surprising that we are so small in contrast to the whole universe.

There is so much mystery surrounding our existence.

Instead, we live life as if everything is normal.

As if the universe is not infinite and mysterious.

We live our everyday life in hypnosis.

Maybe there is something wrong.

How we all live our days on repeat.

There has got to be something bigger than this looping experience.

We just have to make time to just look up.

I look up to find peace.

I got myself a telescope.

So I could see better.

And I gasped when I saw the moon for the first time.

To say it was an experience to see it up close would be an understatement.

I can only imagine what all the astronauts feel when they see space up close.

It must change their consciousness and their perception of the world.

The mission, which he once said was “akin to a religious experience,” sparked a euphoric episode.

Actually, it was the trip home that did it. “I realized that [the] stars out there were the organizers and creators of my molecules — and suddenly it became personal. Instead of an intellectual awareness, it became a visceral acceptance.”

He said that he became a cosmic seer when he had this experience.

A knowing that we are all connected and this is much bigger than we can ever imagine.

I am fully aware that we are not all able to space travel but we can all have access to a telescope.

And looking at the stars through a telescope gives you a whole other view of your life, one you cannot get if you never look up.

Edgar Mitchell had a way with words when it came to describing his experience.

“Instead of an intellectual search, there was suddenly a very deep gut feeling that something was different. It occurred when looking at Earth and seeing this blue-and-white planet floating there, and knowing it was orbiting the Sun, seeing that Sun, seeing it set in the background of the very deep black and velvety cosmos, seeing – rather, knowing for sure – that there was a purposefulness of flow, of energy, of time, of space in the cosmos – that it was beyond man’s rational ability to understand, that suddenly there was a nonrational way of understanding that had been beyond my previous experience.”

I have dreamed my whole life about going to space.

I look at all the space exploration news articles to see how we are advancing.

I am selfish when it comes to that.

I want to go and see earth from space.

Something is pulling me there and I don’t even care what it is.

All I know is that I want to go in this lifetime.

To experience what Edgar Mitchell and others have experienced.

To know what it feels like to be a cosmic seer.

And like Joseph P. Allen once said “…for going to the moon, no one suggested that we should do it to look at the Earth. But that may in fact have been the most important reason of all.”

I am not asking you to go to space or to change your religious beliefs or even your everyday life.

All I am asking for is for you to find a way to look at the stars more often and more closely.

I guarantee you it will change how you feel about your life and how you live it.

Christina Rasmussen is the creator and founder of The Life Reentry Institute, Second Firsts, The Life Starters and Star Letters. Christina is on a crusade to help millions of people rebuild, reclaim, and relaunch their lives using the power of their own minds. Christina’s work has been featured on ABC News, NPR, The White House Blog, and MariaShriver.com. She is the bestselling author of Second Firsts: Live, Laugh, and Love Again, which has also been translated in Chinese and German and is currently working on her second book on expanding the mind in ways that allows co creation with the forces of the universe. She is also writing her first work of fiction: a science fiction story about a woman on a quest to start over and begin a new life. You can find more information on her website and follow her on FB or Twitter.