The Surprising Truth about Envy 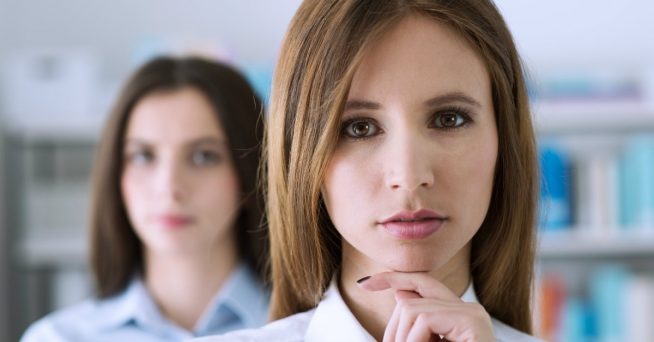 Soon I realized that it was easier said than done! Although most of the time I managed to avoid the burning feeling of envy, the real difficulty came at the time when someone undeserving got ahead of me. Boy, that was a real burn! As a young adult and even a little later I reacted to such situations in ways I was not so proud of. Envy researchers say that envy can produce three types of reactions: submission, ambition, or destruction. I suppose gossiping to destroy someone’s good image comes under “destruction”. Wishing in my own mind that a friend’s lucky break into a special career suffered a setback was “destruction”. At least I never slashed anyone’s tires or destroyed someone’s career.

Just want to clarify one thing.

Since then I have realized that we all are in this tussle with this bad guy “envy”! Envy has such a bad name that when we see it, we try to avoid and bypass it. Even the people who claim they are not the “envious” type do experience it but will not show it or will not allow themselves experience it. If it is not good for us, why do we have it in the first place? Suppressing it seems to create more burns and obsessions, and expressing it seems to create destruction. So if and when we do experience it, what would be the best way to win this tussle?

Evolutionary psychologists say that envy exists as a motivator to get resources. Especially when resources are scarce, we will feel more envy towards someone who bags the best job, or the best partner, or the coveted award. Social comparison is also part of feeling envy for the same reason. If so, then left to ourselves we would probably plot to make the recipient of this award disappear. Of course, as we have established more “civilized” societies, not only that the baggage of evolution does not help us, in fact, it bogs us down so much that it is we who get destroyed in the end.

So, this is what I propose.

1) Don’t be afraid! Bring it on. Allow yourself to experience envy to the fullest when and if it comes to you. But with one condition: no immediate action. Without acting out on the impulses, allow envy to float around in your mind as much possible for you. When you get a chance, think rationally about this.

What is this “envy” trying to tell you about you? Know that envy exists only when you have some potential to get that resource for yourself. I would never feel envious of someone because they sing beautifully since there is no way I could become a singer. That is not one of my dreams and for a good reason. So if you are feeling envious, what do you wish for yourself that is realistic and possible? Where do you want to reach and how? If I feel envious of someone who gets a million likes for their TED talk in some aspect of psychology, it may tell me that I want to convey a message to a large group of people in an accessible and attention-grabbing way. It is telling me that it is worth putting efforts into getting such skills. But at the same time, I know I do not feel envious of the “Guru” figures that millions of people put their faith in. That is a clue for me as to the methods I want to employ to reach people and the type of people I want to reach. I have potential to use some clever insights and ideas that appeal to educated scientific minded people, but not really the potential to become a Guru by using pure faith-based attention-grabbing methods.

2) As you are using the “clue” offered by envy to hone into what you really want, remember to separate you from the person who is the object of your envy. Your path and their path need to be completely separate. Of course, you can send as much self-compassion to yourself as you wish for losing out on that big “award” this one time. But remember, it is only “this one time”. Even if you think that this person had undeservedly played games to get ahead of you, it would help to really see your two paths as separate. You will get your own reward in due time if you choose the right direction. It becomes so much simpler to come up with a plan of action once you focus only on you, and not mix it up with the anger against the other person. It may even help to do a visualization of two separate paths.

3) Now, just try this: experience “sympathetic joy”. This means to have sincere joy in your heart for the joy this person must be feeling. The visualization of two separate paths will help you in experiencing the “sympathetic joy”. Starting with the rational head-based activity of understanding your envy, now you are switching to using your heart. Open up your heart and just see if you are able to join in the happiness of this person. If you are, you will not only relieve yourself from the burden of evolution, but you will create a much more collaborative and helpful world around you.

Apart from making the world a better place and feeling like you are a good person, know that genuine sympathetic joy has a big payoff for you. When I lost my coveted position to another person from my organization, instead of sulking, gossiping, or quitting, I practiced sympathetic joy. This helped me to build a better relationship with this person who in turn gave me a project of my true liking.

I must emphasize that this whole process is for trying it out. It is not a “should”. No need to feel guilty if you are not able to feel genuine sympathetic joy. You are allowed to fake it for a while and then it may even become a habit. See if it changes the way to experience envy!

All the best for making friends with Envy!

Swati Desai is a mental wellness practitioner who passionately combines her heritage in Eastern wisdom and her training in Western research-based analytical methods. She uses her background and intense training in Vipasana (mindfulness) meditation practice to help people deal with trauma, anxiety, and difficult emotions. She conducts meditation workshops, holds meditation groups, and uses mindfulness philosophy in individual sessions to allow people to experience the power of mindfulness meditations in going through difficult periods in life. Recently she founded the App and Website 2meditate, for creating a global group of mindfulness meditators who can meditate together any time they want. Her dream is to allow meditators an easy access to meditation groups through global guided meditations, simultaneously encouraging universal and harmonious connections between people from different cultures. In order to know more about her work, please visit her website swatidesai.com.