The Positivity Movement Has Become out of Hand and Distorted 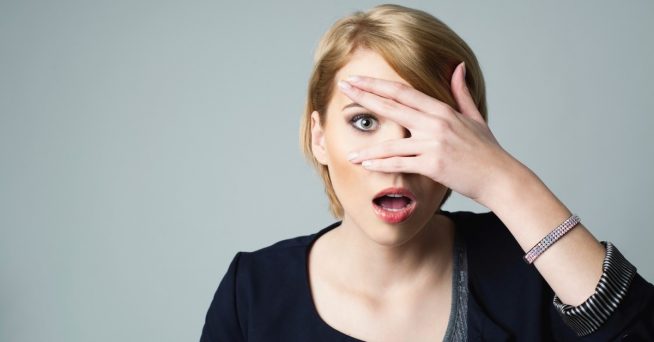 The positivity movement has become out of hand and distorted. It’s become a default and a cure-all when it is neither.

My first memory of the word “positive” was in 1990. I was a first grader, watching Home Alone at the movies with my family. As the McCallisters rush out the door to try to make their France-bound flight, Frank grumbles that they’ll never make it. Peter suggests being positive to which Frank replies, “You be positive. I’ll be realistic.”

Peter was right, they did catch their flight thanks to curbside drop-off, pre 9-11 security, and sprinting through the terminal (and thanks to Hollywood).

So does thinking positive actually work? That’s what many a mainstream conversation is today.

Having a bad day? Just be positive! Going through a tough time? Be positive! Don’t you feel better already?! You don’t? Well then there’s something wrong with you, because this works!

Except for when it doesn’t.

Therein lies the problem with attempting to be positive constantly: it dismisses all the other emotions we, as humans, have the ability – and I dare say obligation – to feel. You’re setting yourself up for failure by believing that you can – or worse, should – be positive all of the time.

Tell me, how positive were you when you discovered your pet peed all over the floor? You weren’t. You were likely annoyed, irritated, and angry.

How positive were you when your spouse’s job moved you across the country even though you loved the community where you lived? You weren’t. You were probably sad when faced with saying goodbye to the people and places you love.

How positive were you when you had to leave your crying baby in the care of someone else? Not. You were much too heartsick to be positive in that moment.

How positive were you when you didn’t get the acceptance letter, the job offer, or make the team? Chances are positivity wasn’t on your radar at all because you were too busy being devastated and feeling inadequate at best.

Good. Feel those things. If you aren’t, you’re missing out on a huge part of the human experience. Be willing to be angry if that’s flowing through you or sad or calm or off the charts excited. All of it. Because everything is temporary, the happy and the sad. All of it.

Here’s where and how being positive comes into play. Once you’ve received the terrible/undesirable/no good news, whatever that may be. Once you’ve lived with it for a bit and felt the feels, stop for a moment and say thank you.

Gratitude is the first step to being positive. Not ignoring other emotions, not smiling, not putting on a happy face, but saying “thank you”.

For rubber gloves and cleaning supplies – thank you.

For old memories, new experiences, and lifelong friends – thank you.

For getting back to your child and holding him/her in your arms – thank you.

As for that rejection letter or call? As Maya Angelou once said, “If things don’t work out, say ‘thank you’ because something better is coming along.”

That. Is being positive. That is how you experience all of the emotions and still come out positive on the other side.

In the Home Alone scene both men were right: be realistic and be positive. First, be realistic about what you’re feeling, about your circumstances. Say thank you as much as possible along the way. And then comes the positive.

Don’t attempt to make positive your default. Instead, make being real your default. By allowing yourself to be real, you’ll be surprised at how often the permission to be as is makes you feel? Positive.

Jamie Muscato is a thirty-something stay-at-home mom. Between rounds of singing “the Wheels on The Bus” with her son and cheering on the Fighting Irish with her husband, Jamie plays with perspective, laughs at farts, and blogs about it all at commodetojoy.com. You can follow her on Instagram.