How to Weed Out Worry and Plant Peace In Its Place 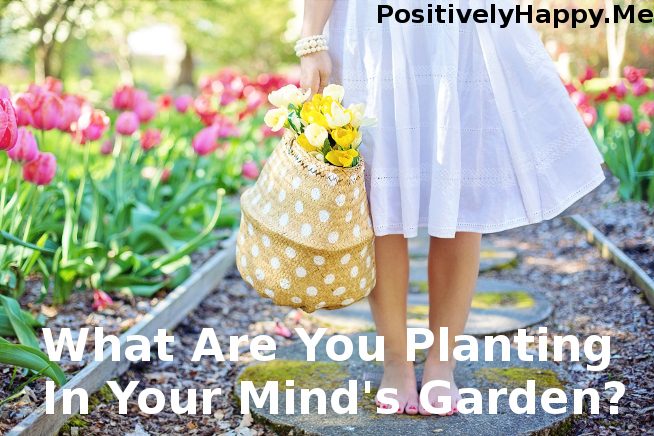 Are you overrun by worries?

Do negative thoughts grow in the garden of your mind?

Do they strangle your positivity, overshadow your peace, and stifle your happiness?

Worry is like a voracious weed; once one appears, a dozen quickly sprout from it.

And if you try to eradicate them, beware! Fail to uproot all of them, and they will reappear in double quick time.

The only answer is to kill the roots of your worry.

But before you can do that you need to understand the nature of worry itself.

Negative Thinking -The Roots of Worry.

Most of us worry too much. In fact, most people worry most of the time about, well, everything. Sometimes it’s conscious. And sometimes, it’s at the back of your mind. But it’s there. Creeping up on you. Overshadowing your sunny mood.

In fact, exactly the opposite.

What you worried about as you laid down, by the morning is a fearful monster that has your thoughts in a stranglehold.

It’s possible, however, that you think you’re hard-wired to worry? Maybe it’s a self-preservation mechanism, designed to keep you out of dangerous or difficult situations?

The trouble with that logic is that worrying doesn’t lead to action. It simply paralyzes you! Leaving you open to any scenario life fancies chucking at you… with force.

That’s an anti-preservation mechanism if I ever heard one.

Plus, how many of the things you worry about are really worth stressing over? How many of them actually materialize?

Researchers at the University of Cincinnati found that 85% of the subjects’ worries were shown never to have happened. And of the 15% that did happen, 79% of those researched, said they coped better than they thought.

That means a whooping  97% of their time spent worrying was totally wasted.

Are you happy to waste 97% of your time worry ing over events that either never happen or if they do, you cope with?

Of course not. But we all do it.

For me by my late teens negative thinking had become a habit. It had become who I was – a victim of the worry weed.

I worried constantly. About what I said or didn’t say. What I wore, or didn’t wear. What people thought of me… even what people didn’t think of me.

And it was exhausting.

But worse still, when I looked ahead I saw a life of no fun, of dreading more days than ones I could look forward to.

That was going to be a half-life at best.

That realization pushed me to learn how to kill the weeds of worry. And even though I haven’t become immune to worry, I am much more resistant to it.

Sure, If I let don’t tend my mind’s garden, worry weeds will run riot over my peace of mind and happiness. But now the minute I see them poke their heads above ground, I reach for nature’s weed killers.They pack a mighty punch on their own, but used together, they will weed out worries in the most unruly of gardens.

And plant peace and happiness in it’s place.

Did you groan then? I’ll be honest I did when I wrote it!

Positive thinking’s been touted as such a cure-all. And it’s had some horribly bad press as well. It’s almost a dirty phrase in some circles

But to be clear I’m not talking about the school of positive thinking that says ‘nothing is impossible’. It’s not impossible that I could eat the Himalayas or drink the great lakes dry. Nothing may be impossible, but somethings are unlikely enough to make it all but futile to try.

In a nutshell positive thinking in my book is ‘a mental and emotional attitude that focuses  on the positives of a situation. And then uses them to create the most favorable result possible.’

And when you couple that with optimism, a disposition or tendency to look on the more favorable side of events or conditions and to expect the most favorable outcome, you have an unbeatable worry killer.

I naturally look for the best in everything and everyone. I purposefully focus on the good parts in my life. I don’t dwell on experiences that will fuel my worries. I don’t ignore them, I learn what I can and then move on.

Some people think I have ostrich tendencies. That’s okay. I sleep better at night, stress less and smile more than when worry had me in its grip.

The renowned Mayo Clinic has put their good name to a mouthwatering list of positive thinking’s significant benefits to health which include:

Other researchers have noted even more benefits of positive thinking:

Positive thinking is half of my worry weed killer mix. It lets me apply logic and experience to my crazily, worrisome thoughts when they burst through.

It allows me to see that whatever negative thinking has whispered in my thoughts can be put into perspective. And it gives me solutions to the problems that actually are real.

I feel strong, empowered and mostly in control with positive thinking. Worry has a hard time establishing a foothold. And in the words of Elbert Hubbard:

“Positive anything is better than negative nothing.”

But what about those worries that are real? Sure, positive thinking may not solve all of them, but to paraphrase Zig Ziglar:

OK, that was generously paraphrased, but you get the idea. So what about optimism, the other half of nature’s worry killer?

“The most important human trait, because it allows us to evolve our ideas, to improve our situation, and to hope for a better tomorrow.”

And the Dalai Lama put it simply,

“Choose to be optimistic, it feels better.”

And there’s quality scientific back up. If you’re keen to know more, check out this milestone study:

“Optimism is clearly associated with better psychological health, as seen through lower levels of depressed mood, anxiety, and general distress, when facing difficult life circumstances, including situations involving recovery from illness and disease…optimism is connected to positive physical health outcomes, including decreases in the likelihood of re-hospitalization following surgery, the risk of developing heart disease, and mortality.

Optimists are not simply being Pollyannas; they’re problem solvers who try to improve the situation. And if it can’t be altered, they’re also more likely than pessimists to accept that reality and move on.”

Problem solving prowess? Watch out worry – we’ve got you on the run! Optimism is worry’s kryptonite. It’s the second half of your worry weed killer super mix!

Weed out worry and plant some peace.

Have you had it with worry smothering your happiness?

Do you want to wake up at 2 am? But then simply turn over, and fall back into a peace filled, tranquil sleep?

Take regular doses daily and watch your worries wither and your happiness grow.

Leaving yourself with only one real problem:

What to do with all that time you just freed up from worrying?

That’s a nice problem to have to have.

I suggest you top up your glass with your favorite long, cool drink, grab a lounger, and relax in weed free peace.

Laura Tong, a former health professional, is on a mission to help you become the most positive, happy version of yourself. Grab her free cheat sheet: 5 Guilt Free Ways To Say No Without Offending Anyone (Even If You Hate Conflict). Laura also hosts the Re-write The Rules In Your Life interview series where she shares awesome happiness and positivity tips from experts around the world. Click here to listen free to the latest episodes.