We Must Descend to Ascend 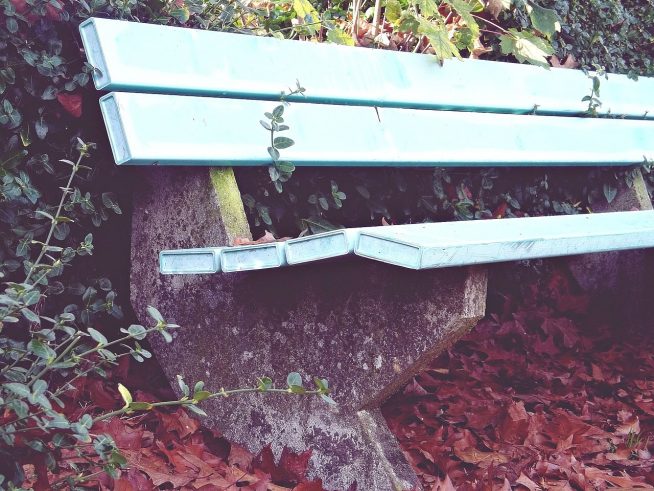 When I wrote my book, The Antidepressant Antidote, in 2010 I had big ambitions. I wanted to publish with Hay House, become a New York Times best-selling author, and eventually end up on Oprah.

I think this type of “career trajectory” is shared by many in the self-help / personal development space. We believe strongly in our message, and we hope/trust that our work will reach a large audience. We’re encouraged to “build our platform” through online newsletters, inspirational Facebook posts, and stylized yoga-esque photos of ourselves on Instagram.

Personally, I’ve realized that as noble as these ambitions may seem, they are often personal needs masquerading in spiritual clothing.

In other words, the tendencies that drove me to work hard to finish my Ph.D., succeed in the corporate world, and do research at Harvard Medical School are the same tendencies that pushed me to try to grow my online platform, publish a best-selling book, and sell online products.

My default is to put work above everything else and feel guilty if I’m not being productive. I’m not saying that the work I’ve done is bad or wrong – it’s just that many times it was coming from the wrong place.

Yes, I wanted to save the world. But I also wanted acknowledgment, recognition, accolades, and admirers. I wanted the world (aka the Internet) to validate my worth. I wanted to feel good enough.

In essence, I wanted to feel loved because I have trouble summoning that love from within myself.

Over the past several years, I’ve been hearing a call from deep within that’s been asking me to slow down so that I can begin to approach my life and work in a new way. I now realize that my move to Prague in August 2015 marked the beginning of my descent into the unknown.

This is not an apology. Rather, this is an acknowledgement that I’m well aware of how strange these things might sound. I’m well-trained in the rigors of science that ask us to ignore these types of concepts.

Descending into the unknown is a process that I’ve come to know and experience as very real. It’s a phase that many of us go through at different times in our lives, and it typically involves shedding former layers of identity because they don’t work anymore. In essence, we become wanderers.

In his book Soulcraft, Bill Plotkin describes it this way:

“The Wanderer creatively ventures into the dark depths, like Orpheus looking for Eurydice, to bring back to the day world what is yet unknown. The rules and conventions of society are not going to help the Wanderer do her work; new possibilities and patterns must be tapped. She allows her inner vision to take precedence over tradition. The task that lies before the Wanderer – retrieving her soul – is truly daunting.”

In her re-visioning of Joseph Campbell’s “The Hero’s Journey” into “The Heroine’s Journey,” Maureen Murdock describes the descent into the unknown as “Initiation and Descent to the Goddess” and an “Urgent Yearning to Reconnect With the Feminine.” Sera Beak has described it as a “divine depression.” In his fantastic article called “Mutiny of the Soul,” Charles Eisenstein says,

“Depression, anxiety, and fatigue are an essential part of a process of metamorphosis that is unfolding on the planet today, and highly significant for the light they shed on the transition from an old world to a new.”

Some have argued that there is always sadness involved in the process of “waking up” to our true nature, which is love.

As we begin to wake up, we realize that nothing outside of us – not a new car, or a lover, or an outfit, or a child – is going to bring us happiness. We begin to truly understand, deep within our bones, the cliche that happiness comes from within. We also begin to understand that love comes in many forms, both light and dark. In this article on the disappointment of waking up, Matt Licata describes it this way:

“You may be asked to provide sanctuary and safe passage for fear, uncertainty, doubt, and despair. These are the secret allies guarding the gate and have been placed on your path as disguised forms of love. They have not come to harm, but as portals into something new, quantum, vast, and non-controllable. Dare to see that things are not always as they appear. Relationships ending, dreams collapsing, careers recycling, the death of a family member, and the infinite symptoms of the somatic and emotional worlds … drenched in purpose, soaking in meaning. Evidence not of error, failure, or defeat, but of the relentlessly creative nature of love as it emerges here.”

This week I found out that one of my most loved teachers, Shakti Malan, passed away. In her final newsletter, sent just 8 days ago, Shakti described her initiation into the unknown:

“A key element of this transformation was the process of dismemberment: The way that I had put myself together in a very particular form, filtered through ancestral and family frameworks, and built on expectations of myself developed over a lifetime, was unpicked as an act of grace.”

As I mourn Shakti’s passing, I see within myself this same process of dismemberment. When I moved to Prague, I left behind almost everyone I knew. This created a blank slate upon which I could paint.

At first, I approached my life and work in much the same ways as I always had. I worked hard, felt productive, and gave myself permission to relax every once and awhile.

However, over the past year, my body, mind and soul have made me painfully aware that my old masculine-dominated ways of operating simply aren’t going to cut it for me anymore. Every aspect of my life, from my career to my relationship to how I spend my free time, seems to be going through a massive overhaul.

And so I’ve been in a process of pruning and allowing things to die. I removed a lot of content from my website. I no longer scroll through social media. I’m being very selective about the books I read. My paid work has trickled to a minimum. I don’t seem to be motivated to work on much of anything. I seem to have been stripped of goals, fantasies, desires.

Sri Ramana Maharshi posed the question “Who am I” to himself so many times that his consciousness broke through and he reached enlightenment. Perhaps this will happen for me, but I’m not banking on it anytime soon.

Instead, I’m sitting with these questions and allowing myself to feel the answers that scare me.

Many times I simply feel empty. It’s a very odd (but very necessary) feeling for me to not have any major goals or projects. Little by little, I’m beginning to realize (at a deep, experiential level) that I don’t need to be on Oprah or write a best-selling book or get 500K likes on my blogs to make a difference in the world.

In his article called “The Age of We Need Each Other” Charles Eisenstein describes the process of dismantling his ambitions:

“The first part was the disintegration of personal ambition. The second part was the disintegration of the ambition to do big things to change the world. I began to understand that our concepts of big impact versus small impact are part of what needs to be healed. Our culture validates and celebrates those who are out there with big platforms speaking to millions of people, while ignoring those who do humble, quiet work, taking care of just one sick person, one child, or one small place on this earth.”

Some people view the unraveling of ambitions and a descent and withdrawal from traditional society as naive or even mentally unstable. However, others hold that descent and withdrawal are the most sane and responsible things that a human can do when they have finally had enough of the dominant worldview. Eisenstein put it this way,

“What if there is something so fundamentally wrong with the world, the lives, and the way of being offered us, that withdrawal is the only sane response? Withdrawal, followed by a reentry into a world, a life, and a way of being wholly different from the one left behind?”

The most difficult part, therefore, is to wait patiently for this new and different life to unfold. Marion Woodman writes,

“It takes a strong ego to hold the darkness, wait, hold the tension, waiting for we know not what. But if we can hold long enough, a tiny light is conceived in the dark unconscious, and if we can wait and hold, in its own time it will be born in its full radiance.”

And so, my friends, I wait. Maybe you’re waiting, too. Today, I felt called to share vulnerably from where I’m at in this moment – not with grand ambitions – but with the heartfelt and humble desire to reach others who might be experiencing their own descent. Let’s wait together and realize that our slowing down, our waiting, could be the most important thing we’ve ever done. Maureen Murdock shares,

“The heroine must become a spiritual warrior. This demands that she learn the delicate art of balance and have the patience for the slow, subtle integration of the feminine and masculine aspects of her nature. {…} This focus on integration and the resulting awareness of interdependence is necessary for each of us at this time as we work together to preserve the health and balance of life on earth.”

Here’s to waiting together.

Bethany Butzer, Ph.D. is undergoing a metamorphosis. In the meantime, you can check out her book, The Antidepressant Antidote, follow her on Facebook and Twitter, and join her whole-self health revolution. And don’t worry, she’ll return eventually 🙂