How to Be Awesome 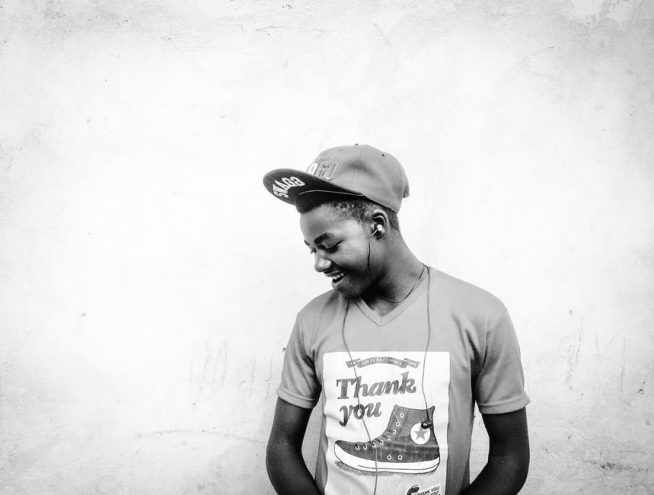 The other day I was talking with my friend Phil, a doctoral student in philosophy. Phil is much smarter than me – of that, there is no doubt – but he’s struggling with the process of working through a draining series of requirements to receive his terminal degree.

A Ph.D. in a field like philosophy usually requires at least five years of study beyond the four-year bachelor’s degree. Some students do it in less time, but many others require six, seven, or even eight years. Even after you get the degree, the training process continues with an average of six more years working as an Assistant Professor.

In other words, it’s a hard struggle for a long time. I had the chance to head out for Ph.D. kindergarten last year myself, but I decided it wasn’t the best decision for me.

Phil, on the other hand, is good at what he does and enjoys the academic environment much more than me. The problem is the 5-10 year stretch where no one pays attention to you and you spend weeks on end writing papers that one or two people will read.

“Why not find another way?” I asked. “If you write a great book about philosophy, for example, or publish a major article, no one will care which program you went to or how you performed during your oral exams.”

Go and be awesome. Hmmm.

The thing is, the answer Phil is getting is completely true. If you can be awesome, a lot of other things don’t matter. College degrees, life experience, the long slow climb up the ladder (corporate or otherwise) – no one cares about that stuff.

However, I also understand the challenge. Telling someone to “go and be awesome” is frustrating, even to people who are completely capable of being awesome. They just don’t know how.

Therefore, I thought, someone should take the time and write this out. How can you really “be awesome”? This list is a good start, and I’m sure you guys will add to it at the end.

Think about this every day:

If you aren’t comfortable with this attitude, it’s hard to be awesome. Sorry. You can be good enough without being assertive, but to a large extent, being awesome requires that you initiate, take action, and chart your own course through the norms of mediocrity.

Working your ass off, at least during specific seasons in life, is also a prerequisite for being awesome. This goes at the top because if you don’t like hard work, good luck.

I hung out with J.D. Roth in Portland a few weeks ago, and we talked about the big success of his personal finance site. Guess how many hours a week he has worked on the site since going full-time last year?

That’s right, aspiring bloggers – you too can have 70,000+ readers and write your own ticket to internet fame – but it won’t happen by playing World of Warcraft every night.

If you aren’t blogging, the same principle holds true with most other work that is worth doing. Yes, I know about things like life/work balance, taking time off to rest, and so on. Those are things you do after you’ve created your world of awesomeness. Jason Calacanis put it best, “If you want to work 9-5, get a job at the Post Office.”

Still reading? As mentioned, those first two are prerequisites. They also serve as filters, because lots of people give up on self-determination and hard work. Assuming you can stick with it, it gets easier from here on out.

In any given work environment, almost everyone is focused on one goal: to make themselves look good. If you can change things around and focus on making other people look good, you’re well on the way to being awesome. In some environments (certainly academia), this is exceedingly rare behavior.

Showing up to work is expected. Showing up early, prepared, and with a good attitude is remarkable (sadly).

Present solutions, not problems. If you can present solutions to other people’s problems, you’ll go far. Contribute big ideas, including some that you know are likely to fail.

You’ve probably heard this before: “If you want to get something done, ask a busy person to do it.” To be awesome, be the busy person who gets things done.

From time to time you’ll arrive at a meeting where it’s not clear who is in charge. Examples: a collaborative school project, a work project among colleagues of equal rank, etc. Here is how to handle this:

Step 1: Assess the situation to determine the leadership skills of the other attendees. Remember that your goal is to get things done and make other people look good.

Step 2: Take initiative without taking control. Be helpful, ask questions, and offer to accept tasks on behalf of the group.

Step 3. At the end of the meeting, provide a quick wrap-up based on the actions the group agreed to. “OK, so Jon will do this task and report back, I’ll do the other research…” and so on.

Step 4. If no one else is openly taking notes, do it yourself. Type them up and send them out to the participants within 24 hours of the meeting.

A Note on Notes: being the recorder accomplishes two things. 1) You are viewed as awesome for taking the initiative and capturing information for everyone else, and 2) You get to put your own bias on how the notes are written.

A wise person once told me, you don’t have to be the first person replying to every convoluted email thread. That just shows everyone that you live on your email. Instead, show up at the end and contribute something of value. Your comments will come to be viewed as the deciding word instead of the knee-jerk reaction. The next time, people will look forward to your response and wonder what’s wrong when you haven’t written in.

What were you thinking in writing to me? I am too important to be bothered by inane requests like yours. I may or may not get back to you, and if I do, it will probably be a while. Have a nice day.

Those are not the exact words (usually), but that’s the implied message. If you must use an autoresponder, like when you are traveling or otherwise not checking email very often, be polite and gracious.

Overdeliver in your personal relationships. Give more than you get. Never find yourself in relationship debt.

Never make excuses about being too busy, not having enough time, etc. People who are awesome make time for what’s important to them.

From time to time, you’ll screw up. This is how you apologize:

“I’m really sorry. It was completely my fault. I hope you’ll forgive me, and here is how I am addressing this in the future.”

If you forget to do something you’ve committed to do but remember it later, do it right when you remember.

Buy thank-you cards and write two-three every day. Use your calendar to keep up with the birthdays of as many people as possible. Write real birthday notes or cards instead of Facebook posts.

Whenever a casual relationship is coming to a close (the class ends, colleagues move to another project, etc.) write the person a quick email. “I enjoyed working with you… thanks for doing a good job.”

When bad things happen, you can forgive the following: mistakes, weaknesses, shortcomings. (No one is exempt from these things, even awesome people.)

When bad things happen, you should worry about the following: dishonesty, passive aggressive behavior, chronic tardiness, whininess. (These patterns do not usually get better with time.)

Practice the art of radical exclusion with people who waste your time. This is NOT being impolite – it is showing respect for the people you have committed to serve.

Remember that people will basically act the same no matter who they are around. If the people you hang out with are always complaining about other people, chances are they probably complain about you too. The point is: don’t put others down when they’re not around, or at least make sure you’re comfortable with whatever you say being repeated.

Reward the behavior of other awesome people, and stop rewarding mediocrity. Tip 20-25% for good service at a restaurant. For the rare occasion when service is awful, don’t tip at all.

When you find yourself in a conversation with someone who likes to argue all the time, you may be tempted to respond, but you’ll regret it in the end. Just walk away.

Always focus on core motivations. When presented with a request, analyze the situation by thinking about exactly what the person wants from you. (Hint: it is not always what they are explicitly asking for.)

Keep up the positive momentum. Look to the future, not the past. The U.S. election last fall was framed as a choice between the past and the future. Guess who wins a contest between old and new?

Never be a critic without presenting an alternative. Remember that no statues are erected to critics, and no one is remembered for shooting down other people’s ideas.

Of course, there are some variations on this list depending on which kind of awesomeness you wish to pursue. But if you can do at least some of these things, you’ll be off to a great start. Are you up for it?