Why Running a Half Marathon Eased My Anxiety More Than Therapy 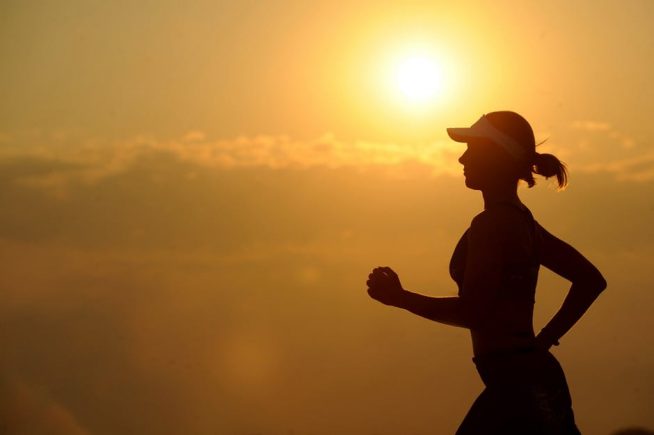 In graduate school, I started going to therapy for my anxiety.

The stress of my graduate classes. A romantic relationship that was ending. Heavy drinking during the weekends to dampen my feelings. I had always lived with racing thoughts, worry, and fear, but this period of my life was the perfect cocktail for a breakdown.

In my weekly sessions with my therapist, I was given many tools and techniques to calm my anxiety. But the tool that had the biggest impact was exercise. Specifically, running.

My city was hosting its first half marathon the summer I started therapy. The local running group was offering a free training plan for anyone who was interested in participating. My anxiety creates nervous energy that pushes me to do more, so of course, I signed up.

At first, I couldn’t even run a lap around my campus’s Quad. With consistency and determination, however, I was able to make significant progress in only a few weeks.

It wasn’t until I started running that I finally began internalizing the ideas my therapist taught me.

Here are four essential concepts that running developed in me during my mental health journey.

Running taught me to become aware of my thoughts.

At one point during my half marathon training, I told someone I was running with that I didn’t think I could make it through. We were almost done with the longest run I had ever completed, and I felt exhausted.

“It’s mental,” he said. “Because the pattern of your footsteps sounds great. And you’re not breathing very heavily at all.”

As soon as he pointed it out, I realized he was right. There was a disconnect between my brain and my body. I was able to release the thoughts telling me I couldn’t finish. Instead, I listened to the sound of my feet hitting the ground, focused on my breathing, and became more aware of the beautiful scenery around me. I released my thoughts and brought myself back to the here and now.

Running taught me that I have a choice in my thoughts.

Before therapy, I would run away from my thoughts. When I began running, I did the opposite. I put on my Taylor Swift playlist, ran around the track outside my apartment complex, and crushed the pavement. I sang along to the lyrics about failed relationships and reflected on my own sense of heartbreak. I was soaking my thoughts in.

Eventually, I wanted to listen to the songs that weren’t about broken love. There was the one about parental love that got me to reflect on how lucky I was to have the support of my mother and father. There was another about being silly with friends that brought to mind my own memorable moments with my close girl friends.

More and more often, I chose the songs – and thoughts – that were most nourishing for me.

Running taught me to let go.

The running group I trained with was instrumental in my training. My coaches became like second (and third) therapists. They were the professionals I could go to with any questions or concerns.

Like, inevitably, the concerns about pains that come up from running long distances. My coaches reassured me that some of the pains were just a normal part of the process. They also pointed out when the judgment and analysis from my anxiety were causing me more concern than was necessary.

Slowly, I learned to let the pains go. When I went for a run, I was able to notice the days where I was feeling great, as well as the days when I was struggling. I no longer got caught up in those feelings. I accepted both of them.

Running taught me to be gentle with myself.

Of course, my coaches also taught me when pain was a problem. They let me know that it was okay to take it easy if needed. Most importantly, they told me not to beat myself up about missing a day of running.

This was a drastic change from my own self-talk. If I had been training by myself, I would have criticized myself harshly if I skipped a run. I would have been aggravated that I wasn’t as fast as other runners.

Now, if I had to slow down from a run to a walk, I praised myself for staying out instead of giving up. I showed my body love since it allowed me to move outside easily, whenever I wanted. I finally released the high expectations.

Choice. Awareness. Letting Go. Gentleness. All things that running had to teach me before I could get the most out of my therapy. I haven’t run in a few weeks, but that doesn’t change my identity. I’m a runner.

If you also suffer from anxiety, I recommend signing up for a race. Running truly will create space in your mind to help you manage your mental and physical symptoms.