When to Stop and When to Keep Going 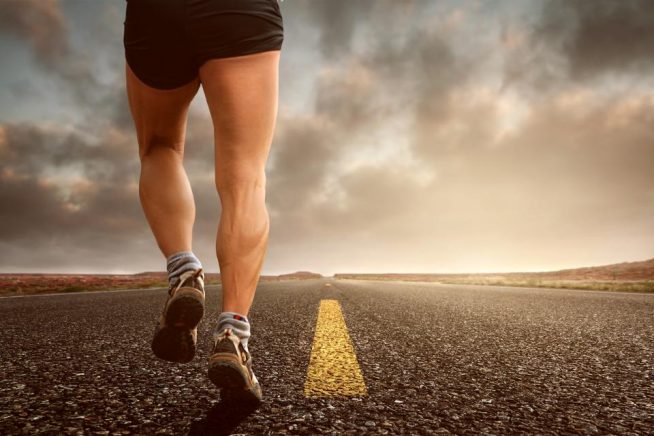 The challenge of the amateur is to know when to stop and when to push through.

I still remember what became known as the most challenging run of my life … twenty excruciating miles. It was a few weeks before a marathon I’d promised to complete, and I simply had to extend the distance of my weekend long run. (A marathon is 26.2 miles, and you can usually complete it without training the full distance, but you shouldn’t train any less than twenty miles.)

As I wrote at the time, nothing went right with this run and I was in pain the entire time. There were moments when it was excruciating and others when it was just bad, but for three long hours it never felt comfortable.

When you’re first learning to run, you want to be careful not to overdo it. Your muscles need to be trained, and you should be careful to avoid adding on mileage too quickly. Any sign of real pain is a good sign to regroup and go slow.

But after a while, when you really start training for a long race, sometimes it hurts. At least for most of us, it’s not natural to run for three and a half hours straight. There are times when you should back off to prevent injury, and there are times you should ignore the pain and keep going.

When you take on a big challenge and encounter obstacles, you tend to encounter a voice in your head that offers you an easy escape. Sometimes this voice also comes forth in an opinion offered by well-meaning people in your life.

As hard as that run was, I couldn’t have finished the marathon a few weeks later without it.

While I was struggling, I knew what some people would say:

“Be safe… take it easy. If it doesn’t feel good, you should stop.”

Believe me, there were moments during that run I would have loved to have given up and gone home.

But taking it easy was the wrong advice. I knew I had to keep going, so I did.

When I wasn’t focused entirely on putting one foot in front of the other, I also knew it would become a memory of strength. I’d be able to look back and smile—not at the pain because it was truly painful—but at the courage I somehow summoned to keep going.

Sometimes the story is different, though. Most of the time you shouldn’t give up… but sometimes it’s good to stop.

Most of the time you shouldn’t give up…but sometimes it’s good to stop. @chrisguillebeau (Click to Tweet!)

Fortunately, there’s an easy way to know which choice to make. When faced with this dilemma, ask yourself a couple questions:

In this case, it was easy: I still wanted to run the marathon. I couldn’t achieve greater results by trying something else—in fact, if I gave up it would have further jeopardized my chances of succeeding later. The answers pointed me toward only one solution: keep going.

In other cases, the answers may have pointed to another solution. Being able to think it through is what makes all the difference.