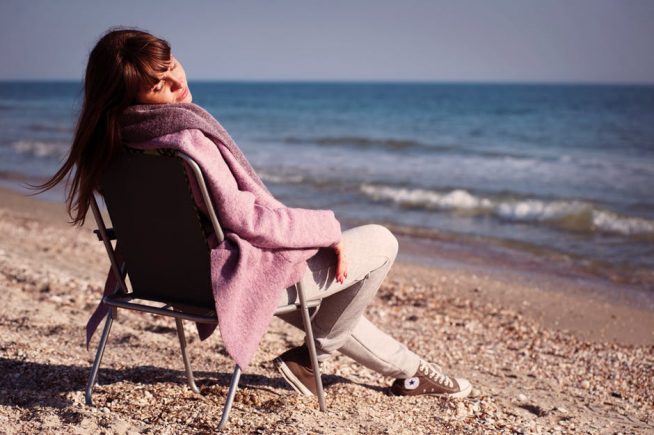 I don’t remember when it started to happen exactly.

But it was around the second year of my loss.

I started to get out of social gatherings, events, coffee dates, playdates, picking up the phone. I did that for a while.

Then I tried my hardest to become socially normal again.

The attempt brought in many failed experiences.

I made some new friends, I cared about new relationships and for a while, I did think it was my way back to the normal Christina.

But even in those new friendships, I held back.

I rarely talked about how I felt.

I became really good at listening to everyone else’s life.

It was much easier to do that.

I liked to listen and I was good at helping others.

The longer time this took place the less I belonged somewhere.

I had started to become someone nobody really knew.

The only place I felt like myself was inside the pages of a book, learning new things, and my love for writing.

The last two years I have read hundreds of books, learned things about the soul, the self, what makes us, what breaks us, what happens when we die, what powers do we have.

It was as if my only real relationship was with the mysteries of life.

Anything else I was not able to connect with.

The best way I can explain any of this is…that after his death what happened was so shocking that it stole everything I ever knew.

It is as if death removed this filter from my life’s window.

It snatched it from me.

And as it was snatching it, it yelled ‘you will never be able to see things as they appear. You will always see them as they are.’

What is this filter I am talking about?

Before his passing, I saw life as the only experience, the only way to be.

After the filter was removed I saw everything else.

And no, not everyone who has had someone they love die have their filter removed.

As a matter of fact, a lot of people have a double filter afterward, protecting themselves even more from anything that resembles truth.

The filterless people are very few.

If you are still reading, my guess is that you are one of the very few.

Because if you weren’t, you would have stopped probably nine or 10 sentences ago.

My guess is you find yourself alone even when there is a crowd.

You are really good at solving other people’s problems even if yours are much bigger.

You went from an extrovert to an introvert.

I won’t find you at the neighborhood pot luck party.

And you won’t be going to your high school reunion anytime soon.

Living outside these containers makes you belong nowhere but to yourself.

I don’t know how much this letter will speak to you today.

Maybe it doesn’t speak to you at first, maybe you are still trying to make things work with the people you knew before grief removed the filter.

Maybe you added a filter on top of the other.

Or maybe you are still in a state of shock like I was.

Wherever you are in the journey, don’t be afraid to look through your window if the filter is gone.

I know you are trying to understand what this is.

This thing we are all inside of.

It is not life.

It is most likely something we are not supposed to see.

For those who do, they can never unsee it.

The filter cannot go back on the window.

The potluck neighborhood party can never be just that.

Friendships are hard to come by.

Just sitting outside of all the containers the people you know live in, is the only option.

And somehow I find bliss right there.

Bliss that cannot be had with the filter intact.

Bliss that swims in the space between the containers.

I feel connected to that ocean, and it is that invisible connection to something much bigger than life that keeps me wanting more of it.

I hope I find you there, swimming outside of a filtered life.

Notice yourself this weekend, maybe you too have lost interest in the way things used to be.

P.S. Check out our new home.