Finding Solace in the Stories of Strangers 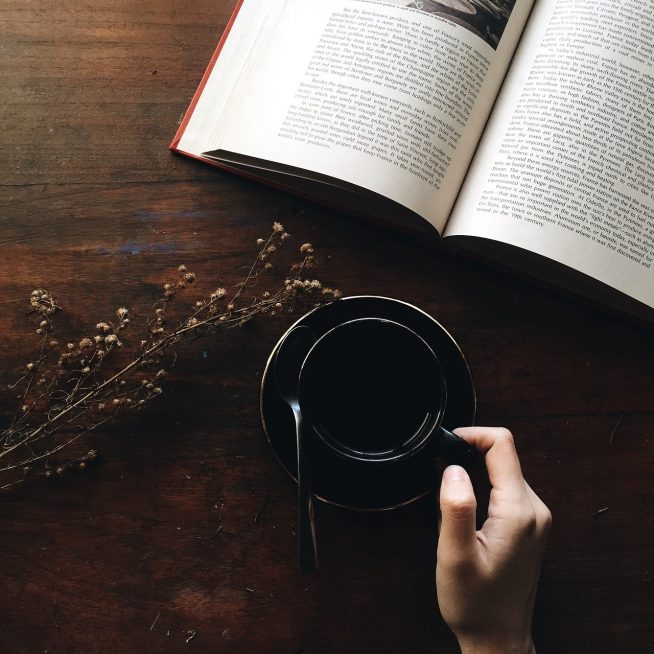 Stories made their appearance ever since the Early Humans roamed on Earth.

They left their tales in the caves of Lascaux, Chauvet and several other parts of the world. Their crude drawings of the animals, stick figures and abstract patterns are among the earliest examples of storytelling, which are left open for interpretation.

Just like these prehistoric paintings, stories from strangers stay with us. They help us find meaning to life and decipher the unseen.

I clearly remember the day I picked up Anne Frank’s diary from the local library as a kid because it left a profound impact. For me, it wasn’t a document of World War II. I read it as a series of real-life stories written by a girl in a distant land recounting her struggle to maintain normality in troubled times. Over the years, I have read the book countless times and experienced the same emotions repeatedly. This made me realize that stories are all about experiencing life vicariously and forming bonds with the people, places, and objects in them.

Stories and the Human Psychology

The connection between stories and human psychology has been the subject of numerous studies. In fact, according to a study published by psychology researcher Dan Johnson revealed that reading fiction significantly increased empathy towards others. That explains why we feel one with the characters in literary fiction be it Dorothy, Snape, Frodo, Howard Roark or David Copperfield and the rest. It also holds true for allegorical stories akin to The Handmaid’s Tale by Margaret Atwood and George Orwell’s Animal Farm that draw parallels between reality and fiction.

In 1944, experimental psychologists Fritz Heider and Marianne Simmel instructed undergraduate subjects at Smith College to see a short film. In the movie, with two triangles and a circle moved across the screen while a rectangle remained stationary on one side. Upon asking what they say, 33 out of 34 students created a narrative of their own. It was just one student, who maintained that the screen had geometrical shapes. This is a classic example depicting how the human brain is hardwired to relate to stories.

Additionally, studies have proven that stories are 22 times more memorable than facts. In December 2013, neuroscientists at Emory University demonstrated that how reading a story activates the left temporal cortex, which is a neural change that lasts for quite a few days. This explains why stories are memorable.

Another study by Paul Zak, the director of the Center for Neuroeconomic Studies at Claremont Graduate School, concluded that people are motivated by stories and are persuaded to act. He conducted experiments in which he tested blood samples of people post a storytelling session. It was about a father and his terminally ill child. The blood tests showed an increase in the cortisol and oxytocin levels, which are associated with stress and empathy respectively. The study participants were later invited to a children’s charity. There it was observed that those with raised levels of cortisol and oxytocin were the ones who were more likely to donate!

In Mad Men, the creative director Don Draper pitches Kodak’s slide projector the Carousel as a “nostalgia machine”. He uses his creative acumen and private photographs, a collage of his personal moments, to sell the idea to the clients.

A part of that pitch left an everlasting impression on the clients (and on me). “Teddy told me that in Greek, “nostalgia” literally means “the pain from an old wound”. It’s a twinge in your heart far more powerful than memory alone.”

Likewise, most of the stories that we see, read and love, belong to someone else. Take for example the Humans of New York photography project, which inspired millions with the micro-stories of strangers. Similarly, think of vignettes, long-form write-ups, photo essays and social media posts. These new-age storytelling formats seldom fail to pull at the heartstrings with their exceptional narratives.

These stories of people unknown to you take you down the memory lanes, to roads you once traveled. Alternatively, they could just take you to the future, to paths you are yet to explore. These are the stories that cut through the noise and keep us hooked.

Either way, stories of strangers also aid in self-discovery as exemplified by the Strangers Project. The project is a collection of thousands of anonymous handwritten stories from random strangers, written on the spot and makes you think – “Hey, that’s exactly what I feel, think or say all the time!”

Similarly, an Australian woman has been collecting notes left by strangers for 12 years. And these notes have a story of their own!

Winner of the MacArthur Genius Award Edwidge Danticat addressed the importance of storytelling in a 90-minute presentation in the Bucknell Forum speaker series. “Stories keep us alive and our loved ones alive, our memories alive,” she said. “Hearing other peoples’ stories can help us shape our own stories.”

In short, stories that come from strangers offer a cathartic experience that otherwise can’t be replicated.

Stories that stem from real-world experiences add authenticity and assist you in finding a common ground with the people whose stories you stumble upon. You start gaining inspiration and deriving hope from their experiences. Sooner or later, they help you become better versions of yourselves.

All said and done, give me a captivating story from a stranger. I would love to hear, read and explore it any day!

Brian Zeng is the owner of Ponbee.com. He is an entrepreneur by spirit. Through Ponbee, Brian would like to share his insights on an array of topics related to personal growth, wellness, productivity and motivation. His recent post on benefits of practicing mindfulness-enhancing exercises will give you detailed insights into how they reduce stress and improve concentration.