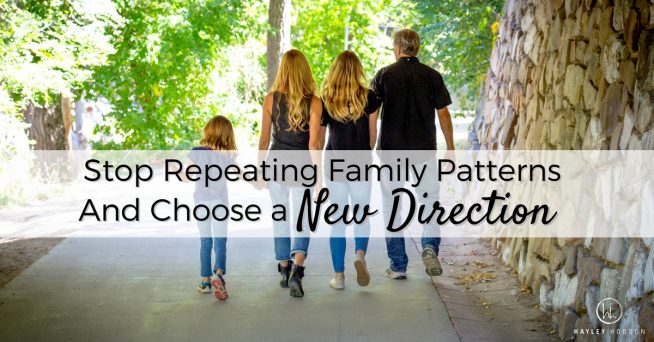 Over the Thanksgiving holiday my parents and siblings and their families joined my fam in Mexico. One night we were going to dinner and everybody wanted to go to this steakhouse, which I’m sure was awesome, but I’m vegan. I KNEW there would be nothing I could eat, right? No … salads, don’t cut it for a vegan. We, too, need something more substantial.

So you know what? Instead of allowing it to get worse and starting a massive meltdown in the lobby, OR giving in to what everyone else wanted and being super pissed off, I chose to not get upset about them wanting the meal they wanted, walked away to pick up a vegan pizza and told everyone I’d meet them later in the restaurant.

It felt awesome to break the pattern of people pleasing and take care of myself. And you know what was sweet, they actually waited for me in the lobby and we ended up all going over together. (And BTW, I was right—there was not ONE thing on the menu I could eat—even the “salad bar” was pepperonis and assorted cheeses).

In my life, people pleasing used to be a HUGE issue. Somewhere along the line I picked up the thought that I was supposed to make everybody else happy—or at least keep the peace. So I put the needs or wants of others before my own. I felt what I wanted was less important. (If you’re a people-pleaser you know what I mean and how destructive this can be when it gets out of control.)

I chose a new direction and I have worked really hard to break the pattern of people pleasing and taught myself how to put my own wants and needs right up there with everybody else. And in doing so, I had to look at why, in fact, was I people pleasing.

Did I not hold myself worthy of my own value?

Was I not entitled to my own desires and decisions?

And now, my new thoughts allow me to ask for what I want and I receive graciously. Is that selfish? No! It’s called self-caring. And it’s also called allowing other people to enjoy what they enjoy without making it mean something else.

Where are your family patterns guiding your thoughts and actions? If your life is not happy and fulfilling, the most loving thing you can do is to choose your own direction and allow others the freedom to do the same.

The most loving thing you can do is to choose your own direction and allow others the freedom to do the same. @hayleyhobson (Click to Tweet!)