Playing Saved Charlie Hoehn’s Life. And It Can Save Yours Also. 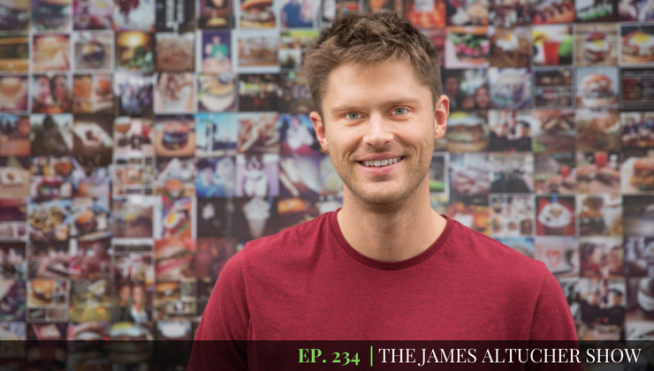 Charlie fell into the death trap so many people fall into. I fall into it. It’s a daily challenge to LIVE.

“I could feel the alarm bells going off in my body. My vision… and my hearing felt weird. My body was falling apart.”

Charlie was telling me this on my podcast. I reached out to him because of his book, “Play it Away”, which I loved.

I know it, Charlie. One time I was so anxious: work, money, kids, career, love…it all seemed like such failures I wanted to kill myself.

I’d write all night in waiter’s pads (numbers, jobs, things to do, on and on), and then wake up with papers everywhere with writing that was unreadable or made no sense.

And this was after I was a “success” to the world. But a failure on the inside. I felt such regret that I couldn’t translate success to happiness. This made me even more anxious.

The “inside” is the real world. A failure there is death.

I got addicted to anxiety medication. I couldn’t stop. I was taking 4mg of Klonopin a day on doctor’s recommendation. That’s a big dose and he wanted to give me more.

One time I stopped cold. The day after I felt like I had huge energy. Ideas were filling my head and I would sit still and watch my brain create.

The next day I had a panic attack and couldn’t breathe. And that night I had a seizure. I got back on the pills and it took years of going down 1/4 mg every six months to stop being addicted.

Medication like that helped me for awhile. But it became a chain. A prison.

I knew what Charlie was going through. I felt like I had deserved to die also.

Everyone’s emotional state is unique to them. There are so many factors to consider:

Chemicals are everywhere. You shower in water filled with the worst chemicals humans have ever consumed.

We are always the average of the five people we surround ourselves with. This isn’t a success strategy. This is a WELL-BEING strategy. @jaltucher (Click to Tweet!)

Your success means nothing in life. It’s forgotten in one generation, two at best.

But your emotional health lives for hundreds of generations after in the lives of everyone you touch and their descendants.

Be the pebble that drops in the ocean and ripples its waves to every shore in the world.

Success is not that pebble. Helping someone feel good is.

It happens because of DO-ing.

Gandhi can talk all day about “peace”. But he had to sit in front of a tank to stop war.

Elon Musk can theorize about ships to Mars all day. But he invested every last dime of money he had, and without formal training, hired the right people and built a rocket that went into space.

JK Rowling could have moaned about her divorce and the trials of being a single parent.

But she wrote a page a day. Got rejected by 25 out of 26 publishers. She cried for a special little boy hiding in a closet. And then wrote the most iconic children’s series in history.

We are all faced with our personal frontiers.

What makes humans so special (what makes YOU so special) is that we are the only species that can adapt to new environments.

We are the only species that can explore beyond our frontier.

It’s our evolutionary MANDATE to explore that frontier: creatively, emotionally, spiritually, physically in every way every day. Every day. This is the mantra: EVERY DAY.

Stress and anxiety will only take away our energy for today and steal our dreams for tomorrow.

Anxiety evolved in primates millions of years ago to protect us in the jungle. Now our brains stupidly think the cubicle and a to-do list is the jungle. It isn’t. It will never be.

I told this to a good friend of mine last night about a business he is launching today. He was so nervous he was almost crying. “I can’t stop,” he told me.

When I suggested to him that his brain was trying to trick him and why, he said, “I keep thinking of ‘my list’ over and over again.”

And since the last time you thought of your list, have you done anything?

I was about to go on stage to do standup comedy at a club he was part owner of. I had four minutes left. He said, “Wait! You’re going on in four minutes. Don’t let me distract you.”

“You’re not distracting me. But your business is going to fail if you keep letting your stress distract you. You’re not in the jungle. You’re in a comedy club!”

“Go see Wonder Woman,” I said. And then write me what you think of it. He laughed and left. I went on stage. He wrote me later. He loved Chris Pine!

As my friend Gary Gulman says, “Who should believe in god more than Chris Pine? He is Wonder Woman’s love interest and he is Captain Kirk and he’s 36 years old. I’m 46 and I eat Chipotle four meals a week.”

“Charlie, how did you get out of your anxiety?” I asked him on the podcast.

He told me what happened to him in his worst week.

“A close friend attempted suicide and a family member died so I took a week off,” he said.

He was working with Tim Ferriss. He wanted to prove himself. For those who don’t know him, I can safely confirm that Tim is a legit super-genius. Charlie was working 22 hours a day to keep up.

“I collapsed,” he said, “I told Tim I needed a week off. Tim understood.”

A week turned into a year.

He tried everything. He saw a doctor who prescribed medicine. He read the side effects: insomnia, psychosis, anxiety, addiction… all the problems he was trying to fix.

So he skipped it. “I realized whatever situation I was in, I knew I got myself into it and I could probably get myself out.”

I wish I had skipped it. But still…anxiety often feels worse than the cure. And I’m an addict with everything I do.

He tried deep breathing exercises, therapy, journaling, all different supplements, exercise, psychedelic drugs, volunteering, prayer. He even took a course on “How to Overcome Anxiety.”

But none of it stuck… “Every day I felt like I was going to die.”

He read at one point, “The opposite of play isn’t work, it’s depression.”

Our bodies were built to hunt and gather and move. Humans aren’t meant to stay still.

“The research is pretty clear,” Charlie said. “They have done experiments. They’ve deprive animals of play—they give them love, nurturing, food, shelter, all the things they need to survive— but they deprive them of play, the animal inevitably grows up to be socially and emotionally crippled.”

Charlie calls it “chronic-play deprivation.” And I think many people suffer from that.

Charlie said he was approaching life “so seriously and joylessly. And very much in terms of what’s the output, what’s the income, what’s the money pay-off.”

I had to repeat that line. Since there never was a pay-off. It’s always a false promise society wants us to believe.

So I asked, “How did you learn to play again?”

STEP #1: Do the play-history exercise.

Do it now. List all the activities you would voluntarily turn to when you were child. These are things that no adult was making you do. There was no judgement or grade.

For me: card games, chess, ping pong, writing, reading, bicycle riding, laughing and making people laugh – all the things I do now except bicycle riding.

I took Charlie’s book to heart.

I started doing 100% of my meetings over ping-pong, backgammon or chess.

A couple weeks ago I had a meeting with a CEO I was invested in over backgammon and in between games, I learned my backgammon partner’s company was going to get acquired.

More importantly, we’re friends now instead of associates. And we had fun.

I have to repeat it again: EVERY DAY.

Charlie replaced “let’s grab coffee” with hikes and catch meetings in the park.

Tonight I’m going to play three hours of ping pong in a lesson. This will tire me out.

And tomorrow I will do standup comedy again. But with a twist. I’m going to do it on random subway cars and film myself.

Being uncomfortable is “play” for me.

Charlie said playing every day IMMEDIATELY had an effect. “Not just on how I felt but in how people responded to me.”

He became a magnet for others who saw a glimmer of sunlight in the dark prison they had also become chained in.

If I have any religion, it’s simply that every day I do something that is fun and that I love.

What is the result?

Meaning and passion in life find me. THEY seek me out.

And Russian Paul, I’m glad I finally beat you in chess yesterday in Union Square. 20 years of trying, baby!

This was my favorite.