To Win the Lottery, Buy a Ticket and Never Check the Numbers 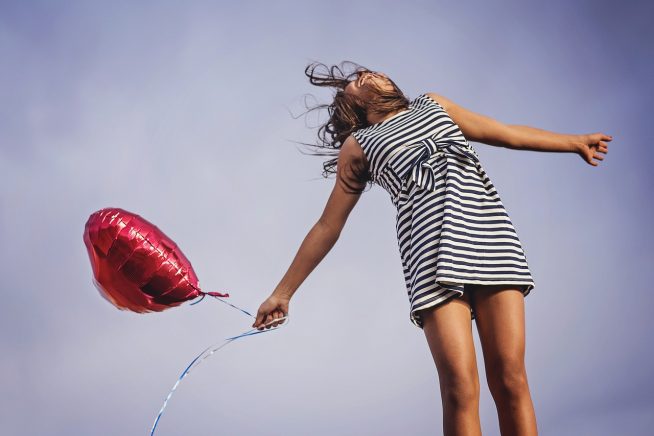 I recently bought my first lottery ticket in something like 15 years.

The purchase happened on a whim, as I was walking down the street in California. When I passed by a convenience store, I thought, “I should go inside and buy a lottery ticket.” And so I did.

To a lottery novice such as myself, the process was a little confusing. Apparently there’s not just one lottery… there are many! Not being familiar with the pros and cons of various options, I asked the clerk for the cheapest one.

Then, for the price of a single dollar, I was given a slip of paper containing a series of numbers.

I understood that this slip of paper had a value that was yet to be determined. Most likely it was worth $0, but there was a chance—however slim—that it could be worth much more. When the winning numbers are announced, hundreds of thousands of tickets like these would immediately become worthless. But of course, one or more tickets could be worth millions.

I bought the ticket on a lark and didn’t really have a plan at first. But then, before I left the store, I knew what I would do next: nothing at all.

I’d hold on to the ticket, but never check the numbers to see if I’d won.

When most people buy lottery tickets, they aren’t doing so because they are compulsive gamblers. They aren’t investing their life savings. Most of them have no real expectation of winning, and only a vague hope that they’ll ever stand on a stage with an oversized check for millions of dollars.

What they’re buying is a fantasy, a brief time of thinking, “What if?” You know how the fantasy goes: What would you do if you have more money than you’d ever imagined?

Spending a dollar on a dream is hardly an irrational investment. Look at what people spend on Netflix each month, or concert tickets, or admission to Disneyland. There’s nothing wrong with those things. Choose your own entertainment without judgment.

But when I bought my first ticket in 15 years, I wasn’t thinking about the lottery fantasy at all.

There’s another old expression about contests of all kinds: You can’t win if you don’t play. If you don’t buy your ticket, you’re not in the game.

Well, I bought my ticket. I got in the game. But then I cheated the system. By refusing to check the numbers, I opted out of the chance to win a random drawing.

At first I wasn’t sure why I felt the urge to buy my first lottery ticket in 15 years. Then, as I handed over my dollar and realized my subconscious motivation, I smiled.

See, I don’t want random. I don’t want external forces controlling my life. I have agency. I AM ENOUGH. I don’t need a miracle, I need my inner compass.

Maybe you need to say some of those things to yourself, too:

I have agency. I AM ENOUGH.

I don’t need a miracle, I need to learn to trust myself.

So that’s why I’m now carrying around this lottery ticket in my journal. Not out of a vague hope that my number will come up, but as a reminder to create my own future.

I know that not all of it is up to me—even without playing the lottery, luck and circumstance affect all of us every day. Some of us experience pain or grief sooner or more profoundly than others. Privilege or the lack thereof plays a role, too. Some of us begin our lives with a head start for no good reason.

Still, because we can’t control everything, it’s all the more important to assert our freedom of choice over the few things we can. @chrisguillebeau (Click to Tweet!)

As for me, the lottery can keep its algorithm and bestow its winnings elsewhere. I’m tired of waiting for something to happen. I want to make something happen.

I’d like to think it was a dollar well spent.