What Is Your Personal Moonshot? 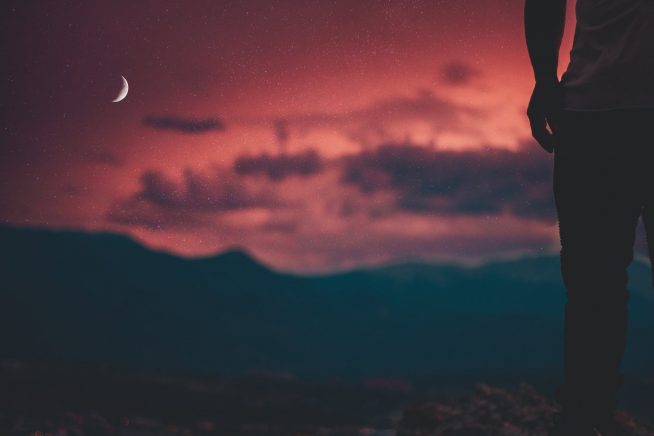 A moonshot, according to the ubiquitous WikiPedia, is a “is an ambitious, exploratory and ground-breaking project undertaken without any expectation of near-term profitability or benefit and also, perhaps, without a full investigation of potential risks and benefits.”

In other words, it’s a long-term goal with the hope of success, but also the awareness that not every outcome lies within our control.

I was thinking about this while reading a series of “moonshot proposals” from people who are working on big projects.

The collection includes a lot of what you’d expect (which is to say, a lot of writing about ambitious, noble projects, especially in regards to science and technology). My favorite, though, is from Tyler Cowen, who often has an unconventional take or just a unique perspective. In his essay, he begins by noting that:

“My goal is to be the economist who has most successfully used the internet as a platform to foment broad enlightenment. As I see it, the internet is changing everything, and most intellectuals (and also businesspeople) still are underestimating the import of this reality.”

He then goes on to lay out a series of deliverables he contributes in pursuit of this goal. Namely, he writes a daily blog (for 14 years and counting!), produces a popular YouTube channel, publishes books every two years, hosts conversations with other intellectuals, etc.

The specific items on that list aren’t that original on their own. What’s interesting is the thematic lens each of them are aligned with, as well as the consistency with which he produces them. (Again: a daily blog for 14 years!)

Tyler’s approach is similar to mine in the sense that I’m not trying to actually go to the moon or otherwise do something that is extraordinarily ground-breaking. The value of it, and in some sense the intangible essence of it, lies in the collective and consistent devotion to craft.

For a long time my moonshot was going to every country in the world. Then I accomplished that goal (without ever getting to the actual moon—it’s not a country, after all) and had to figure out what came next.

I’m still working on my list, and over the past two years I’ve focused on removing some items from it while adjusting others. As a starting point, it includes:

There are also a lot of other things I do: business ventures, independent lectures, near-weekly travel and so on. But I don’t necessarily see all of those as being perfectly aligned with the overall vision. Also, when evaluating your life it can be helpful to ask yourself “What endures?” Based on that question, many of my other projects haven’t made the cut on the above list.

Long ago I coined the phrase legacy work to describe this distinction. Legacy work, unlike many of the other tasks that occupy our time and attention, either endures or makes a real improvement in the lives of people who interact with it.

As a writer, speaker, and podcaster, I hear stories every day of how the work has intersected with others’ lives. I don’t usually share these stories, partly because I don’t feel they are mine to share, but also because I don’t want to take credit for the change that someone else has created for themselves. They are the ones doing the work!

Still, in those cases I’m glad to have made some contribution. It feels fulfilling and meaningful to make something that other people value, and it contributes to a positive cycle of wanting to do more.

Do you have a personal moonshot? Maybe you’ve never thought of it that way before, but maybe now you will. Ask yourself what your overarching mission might look like, and how that mission could be expressed on a daily basis.