Finding a Fulfilling Relationship, Even When You’re Building an Empire 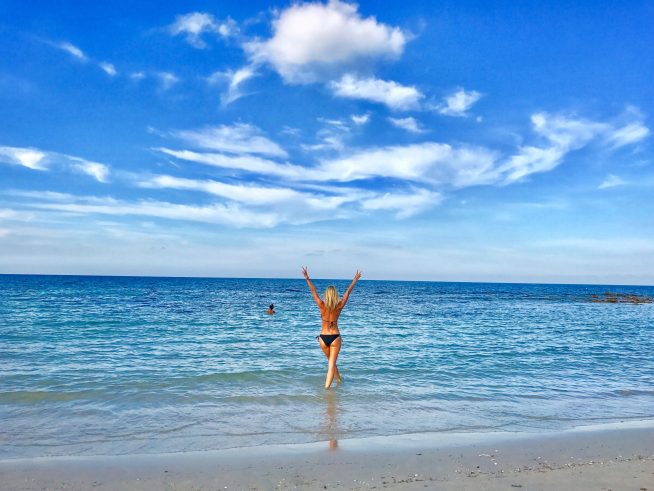 Insert [cringe] every time I see this instafamous post.

Don’t get me wrong, I believe in building an empire, but what does a relationship status have to do with it? I have seen more women over the last year than I have in the last ten years who feel a deep sense of overwhelm and confusion on how to have both a relationship and a career.

My friend Dana recently left a job she loved for a more fulfilling paycheck. We sat down and listed all that she wanted in her new career. Anything she didn’t want, such as the responsibility to find her own clients, was immediately turned around into what she did want and added to the list. As she navigated her job search, I encouraged her to read that list every morning so that she could stay clear and recognize the opportunities that matched her desire.

After several job interviews, the perfect opportunity presented itself through a referral. The job was in the same field, but now her clients would be coming to her. She loved helping people and hit six figures within months. And then reality set in. Her work took so much of her time and energy that she no longer had time to date.

Dana got online and began scheduling a few dates a week. Soon, each date began to feel like a job interview. She felt overwhelmed and frustrated that she was not meeting anyone that she wanted to see for a second date. She would go to bed exhausted and wake up focused on the past. Her mind focused on “that one that got away,” that one good looking, charming guy who wasn’t interested in settling down. With her inner critic saying, “You will never meet a guy you like that’s interested in you, too.” Her mindset was that if she was interested, he wasn’t.

Knowing this pattern all too well, I said, “What part of you is unavailable?” Her deer-in-headlight look revealed that she had no idea what she had just said. She had unconsciously been comparing every guy to the one that got away, just like she had attempted to compare her job search to her previous work. Until she got clear. Taking the time to define exactly what she wanted and then interview with an open mind until she felt a compatible fit led to attracting the job she really wanted. When it came to meeting each Bumble date, she had an image of “that one guy” in her head that no one else could possibly live up to. And when she left each date feeling disappointed, the committee in her head would take over with self-sabotaging comments:

“I will never meet the one.”

“I don’t know how to have a full-time job and date.”

Insert [car screech sound]. This is the statement I hear from women day after day.

Whether single or in a relationship, job or no job, the unconscious inner conflict felt is “I don’t know how to have a relationship and a career.”

The truth is that there are so many external distractions and that there is a societal pull away from knowing (and having) what we really want. Massive clarity and a change in perspective attract the love without years of therapy. That is if we can overcome the inner conflict that says we can’t have both.

It’s time to change the game. Are you “building an empire” to distract from having the relationship you want? Do you believe that you can have a relationship and a career? Let’s start the conversation in the comments below.

Robin Emmerich has spent close to a decade coaching some of the most successful women in business. Even with their considerable success, the common denominator is that as much as they seemed to be cruising through life on the outside, they were melting on the inside. It’s why Robin just launched Beauty and the Mess—an athleisure brand creating a sisterhood who understands that life is messy and difficult and challenging, but together, can find the strength to prioritize passion over perfection and fearlessly seek beauty in their everyday lives. She currently offers the CIJourney online course, based on the famed Stanford Masters Degree Course, ‘Creativity in Business,’ individual coaching and worldwide retreats. Connect with Robin at robinemmerich.com on Instagram, or beautyandthemess.com.