In Order to Move Forward, Make Space for Stillness 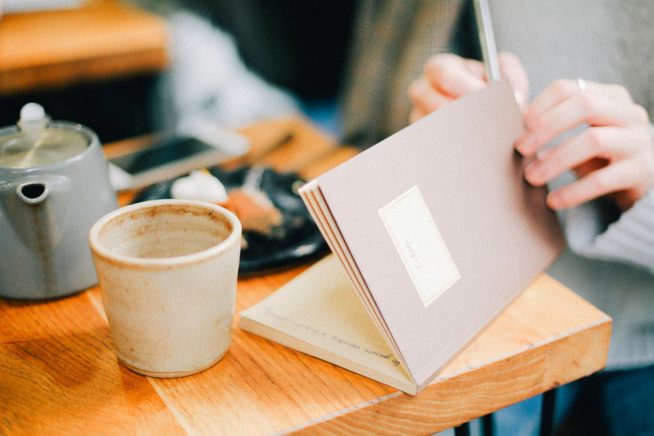 “What is true stillness? Stillness in movement.” – Bruce Lee

I have been doing a lot of soul-searching recently. My brother passed away four years ago and the journey through grief has been many things – horrendous, beautiful, excruciating, magical, and just damn tough. I have always been the type of person who enjoys challenging myself to step out of my comfort zone, and it is something I have practiced more and more over recent years in the hope of rediscovering myself.

So, five years ago when I came across a ‘5 Year Journal’, I thought it would be the perfect way to watch my life reform, transform, and advance day by day. The journal asks you to answer one question each day for an entire year, and then answer those same questions again every day for the following four years. That sounded like a fun little exercise to me so I seized the opportunity to spend five years learning about myself. Honestly, and quite naively, I thought the biggest part of the challenge was going to be actually committing to something for five years. Little did I know that would be the easiest part of the work.

I recently finished the entire journal and as I did, I had the sickening feeling that nothing at all had changed in my life. I mean, of course things had changed (for one, my brother had passed away), but my growth as a person seemed nonexistent. I felt that the whole activity had been a colossal waste of time. I hadn’t achieved anything I thought I wanted to. I originally imagined that the journal was the type of thing I would love to keep and look back on as a little old lady, but once it was finished it made me feel really awful about myself and I decided to throw it away. But not before giving it one proper read-through.

As I read back over the journal, I saw a pattern emerging year after year – I would set goals and consistently, albeit unintentionally, abandon them. After reading page after page, I had the realisation that the reason I didn’t seem to have achieved any of my goals was because I was constantly moving. I had not stopped moving for five years.

I don’t mean moving physically, rather in the sense of not sticking to any plan for long enough to give it even a slither of a chance to succeed. The more I read, the more I saw myself moving on from dreams after only one or two failed attempts at achieving them. I moved away from relationships. I moved on from jobs because I’d had a bad day or a bad week. I moved house because I never truly felt at home anywhere. I couldn’t stand my present circumstances and struggled with the changes that my brother’s death brought to my life and, although a lot of the movement seemed well thought out, it continued unnecessarily because I was scared of what would happen if it stopped. It wasn’t until I realised just how much unrest I had invited into my life that I recognised the only way to achieve my goals was to do the one thing I had been afraid of – I needed to stop all of the movement and invite stillness into my life.

Stillness as a way of achieving goals – seems counter intuitive doesn’t it? I want to be very clear that stillness does not mean laziness, nor does it mean sitting on the lounge all day expecting opportunities to land in your lap. I believe strongly that you must physically act and take any necessary steps towards achieving your dreams, but I also believe in quieting the mind. This is actually something I practice at work every single day. As someone who has a career in major event production, one of my favourite things about the type of work I do is finding stillness amongst the chaos – that’s when I am most happy, and productive. The answer had been with me all along, I just never thought to apply it to myself.

So, the ‘5 Year Journal’ did have a purpose after all – it just wasn’t what I had spent five years thinking it was going to be. As I read over it, I came across little pearls of wisdom that I had recorded over the years and smiled as I realised that past me, no matter how hurt or disheartened she was, had begun to inspire current me.

It made me realise that in order to move forward, I needed to make space for stillness.

Change and growth aren’t about physically surging forward at all times. It takes great bravery and strength to stand still. @iamchantalr (Click to Tweet!)

Now that’s a challenge I can get into!

Chantal Roberts began her career in the arts as an actor before venturing into making the magic happen behind the scenes for many festivals, films, and theatre productions. She is an adventurer, explorer, and an artist, with a love of travelling to far off lands and storytelling. Regardless of what country she finds herself in, her heart will always belong to the spellbinding sands of the Arabian desert. Follow Chantal’s adventures on Instagram or on her blog My Brave New Future.