A World of Hurt

From Our Community | Giving 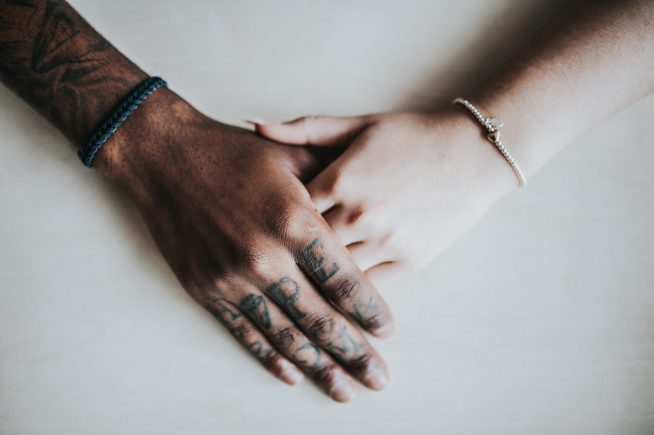 I haven’t written for a while. I have felt overwhelmed by all that’s been going on in the world. Devastating natural disasters that have left thousands of people reeling. Mass shootings. Terrorist attacks. And political divide the likes of which I have never seen.

We are literally in a world of hurt.

The pain of our brothers and sisters across the globe is profound. They are suffering. We are suffering. As a collective humanity, we are grieving. Many are mourning the death of someone they loved. They are trying to make sense of the senseless. They are broken in ways that are irreparable. Broken so as when the pieces are glued back together, they will never be the same. My heart aches for them.

And many are grieving the loss of innocence. Of a time, whether real or perceived, when life seemed simpler. Less fraught with uncertainty and fear. I know this is certainly true for me. I had been married to the love of my life for 23 years. We had two beautiful daughters and a house full of laughter and love. Then one night my husband, Stephen, didn’t come home. After searching for hours, I found him in jail in a neighboring state. He had been arrested for drug trafficking.

I had not experienced significant trauma in my life until that fateful day, and then in the days and weeks that followed. Countless stress-filled interactions with the FBI and police. The devastating financial burden that fell on my shoulders alone. The constant worry of trying to protect our children from known, and unknown, danger. I began to feel the physical and emotional symptoms of trauma. Feeling highly anxious and on edge twenty-four hours a day. Experiencing an exaggerated startle response at the littlest things. Emotionally and physically exhausted and yet I could not sleep. And these are the things that I have been experiencing again in recent weeks.

I recognize that there are many in the world who live with uncertainty and fear every single day of their lives. The unrelenting terror of war or poverty or racial atrocities is unimaginable to me. To compare my trauma to theirs would be inappropriate, and I will not do so. I only know that pain does not discriminate.

So how do we move forward? How do we go from fear and uncertainty to feeling like we are on firmer ground? How do we find hope in times when we feel powerless and insufficient? I would submit to you that the answer lies in being of service to one another.

When I wrote Casseroles and Compassion, I was just beginning to climb out of my own darkness and gain a greater understanding of the fear that my friends and neighbors were feeling as they processed the news that Stephen had been arrested. They needed my compassion just as much as I needed theirs. I began to learn that helping to ease someone else’s burden made my own burden feel lighter.

Stephen and I divorced. I was gut-wrenchingly sad. Our children were devastated. Our family had been forever changed. Around that same time, my sister lost her young, vibrant, wonderful husband to ALS. We had both lost a spouse, in very different ways, yet we had much in common in our grief. We were feeling a pain that neither of us had previously experienced. As the younger sibling, I watched and listened as my sister navigated this new territory, and I hoped that she could somehow pave the way for me. Her heart was truly broken and yet, to get outside of her own pain, she served others. Every week she has gone with a local group to the underside of a bridge in her city where many homeless people gather for shelter. And, in a most humbling act of service, she washes their feet. Wounded and grieving, she serves other suffering souls in the kindest of ways. My sister understands, and has helped me to learn, that:

Being of service can help us heal our own wounds and put us on a path to restoring joy in our own lives. @RRLolaB (Click to Tweet!)

So I’m asking you to join me as I look for ways to bring comfort to a world that is hurting. I know that others need my compassion as much as I need theirs. I know that there are suffering souls to my left and to my right who need a burden lifted. Neighbors whose lives have been touched in one way or another by the ravages of addiction. Beings in the margins of life whose hearts are heavy with feeling different or less than. And many, like me, who are discouraged and disheartened by all that is happening in our current chaotic world.

The wonderful Fred Rogers said, “When I was a boy and I would see scary things in the news, my mother would say to me, ‘Look for the helpers. You will always find people who are helping.’” Now is the time to be the helper. Volunteer at a shelter. Donate your time and resources to those who have less than. To those who feel less than. Be the kind stranger in someone’s day.

I believe that the gateway to compassion is human connection. That when we are truly connected, it is impossible to ignore the pain and suffering of others. When connection is present, fear fades. When fear is absent, selfless acts of service can shine light in dark places.

And where there is light, there is hope. Hope in the possibility of a fresh start and a new beginning for those who may think that all is lost. Hope for a gentle understanding of our common humanity even when – especially when –  we may vehemently disagree.

And hope in the painful, difficult, beautiful healing that can happen in our own lives as we take good care of each other. Therein lies the sweet spot. That’s where we will find…joy.

LolaB’s life was turned upside down in the summer of 2015 when her husband was arrested for drug trafficking. Writing became an outlet for what has been, and continues to be, a crazy time filled with tears, tremendous pain and uncertainty, and a lot of laughter to get them through the extra crazy stuff. She’s learning and growing along the way. She’s divorced after 20+ years of marriage, and raising two daughters on her own. LolaB writes to shine light in dark places. She writes to heal herself and her children. She is a writer of hope. You can find more info on her site and connect with her on FaceBook, Instagram and Twitter.