How Thought Journaling Helped Me Address My Depression 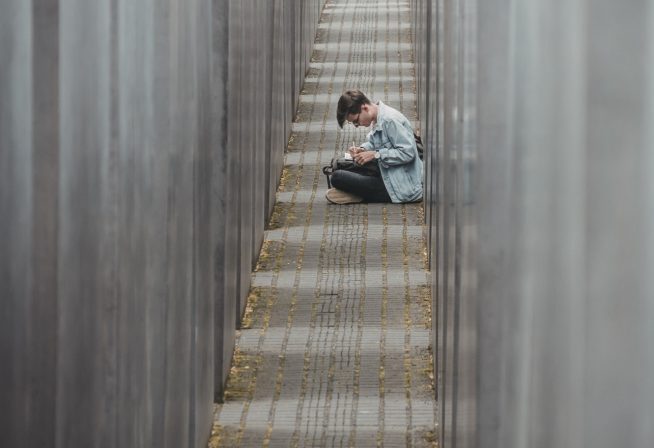 Depression is something that occurs to often in this world – it’s not picky and it doesn’t prejudice. It can happen to you and it happened to me.

It – the numbness and emptiness, the void of apathy that separates you from the world, makes you sit in the corner, curled up, feeling like nothing or feeling nothing at all. Depression affects all parts of our lives. You can stop eating, speaking and even existence becomes hard at times. It also affects other people – all of those people who care. It can happen for a reason or for no reason at all.

You just notice yourself withering away from the rest of the world and finding no sense in getting up or having conversations.

There are, of course, psychologists you can talk to and medications you can take. But who better understands what you are going through than you yourself?

I did none of that. I didn’t talk to anyone or medicate myself in any way. I’m not saying that that’s the right way to fight it, it was just my way. Where I come from, depression is just sadness and ‘just be happy’ is the solution.

So, I decided to heal myself. Subconsciously, of course.

I started keeping a journal. Writing just seemed easier than talking and it felt soothing.

There was an old notebook that I almost forgot about and one day, it just made sense that I should write in it. At first, what I wrote were just disconnected thoughts, my pain on paper.

But then it gradually became something else. And I started getting better.

So, I wanted to share my story with others. I still keep a journal and I’m still fighting it away every day – but I am better, much better than I was before.

“A thought journal is something that has existed for more than 5000 years. Journaling was once common but it has become almost obsolete in the previous decades due to technology advancements. Thankfully, more and more people are getting back to it – the mental benefits of it are endless.” – Angelica Bette, health writer, Academized

My first writing in the journal were just that – thoughts, as random and strange as they can be. But soon, entry after entry, they changed and morphed into comprehensive bits of text that depicted my feelings.

I wrote every day, meticulously – sometimes even a few times a day. I carried my journal with me everywhere and wrote whenever I could. Sometimes I didn’t even write – I doodled. But it helped. After writing, I felt better, happier, more in harmony with the world and myself.

My advice to anyone battling depression is to buy a notebook, a journal or a notepad – anything with pages. I guess a smartphone could work but the important part of the process is the handwriting itself. There shouldn’t be a screen between you and your thoughts. Not to mention, there are too many distractions on screens.

Write in that journal every day. Consistency matters and benefits you more than you think. Write a few times a day if that’s what you need. As you get better, you’ll probably need less time with your journal but you should still write at least once a day.

Don’t worry about anything you write in there – no one will ever see it. Don’t focus on grammar or your handwriting looking good because those things don’t matter. What does matter is that you write. Doodles or drawings are also fine. I spent a lot of time doodling black holes or strange spirals all over my notebook and it helped sometimes as much as writing. The goal is to let go of stress and bad thoughts. If they are on the page, you can release them from your head.

“Mental health benefits that come from writing in a thought journal have been known for ages. There are only two things to it: starting and being consistent with it. Both are equally hard. Once you start and grow a habit, you’ll slowly get used to it and it will be easier,” – Nomi King, health writer, Australian Help

By journaling, you are giving yourself the space to vent. Focus on writing every day and maintaining that habit. It was hard for me at first but then my journal and I became inseparable friends.

This may not be the right way for everyone but it certainly was for me. Thought journal helped me overcome some of the darkest times in my life and I highly recommend trying it.

Grace Carter is a writer at BoomEssays and Essayroo, where she curates a team of writers. Also, Grace is a contributor at UKWritings service.