The Freedom in Forgiveness 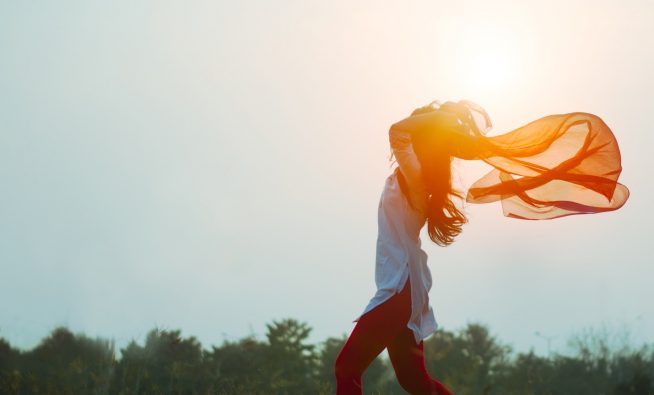 Although I have taught yoga and mindfulness for over 20 years, there has been one person in my life that I just could not seem to make peace with through my practices. We had been in a relationship for many years and when it ended, we fought terribly. Reflecting back upon my words and behaviors from that time, I am not proud of how I always acted. And even years later, with a significant issue lingering between us, I just could not let go of feeling resentful and bitter.

Anytime I received communication from him, I would get triggered and upset, unable to let go of the animosity and hurt. Much to my dismay, although I tried to practice peace and kindness, I realized what I actually felt was hatred. I know that is a strong word, and it was really hard to admit to myself that this level of dis-ease lived within me, especially since I was writing a book at the time on love! Here I was advocating for loving everyone, no matter what, and I find such a block in my own heart that I can barely speak this person’s name without feeling my blood boil.

Taking it to the cushion

One morning, I was particularly outraged by an email from him. But fortunately, I had enough self-control to go to my daily meditation practice rather than fire off a response. As I sat down on my cushion, I felt a surge of rage that heated my entire body like a furnace. I could barely breathe through the feelings of anger and abandonment. However, rather than quit, I channeled the energy into a sort of seething breath until the energy calmed. In that moment, I became aware that my emotional holding of this conflict between us was affecting me in truly negative ways; emotionally, mentally and physically.

I did not want to feel such antagonism in my mind, body, or soul. So, I began to pray for freedom. I asked the Divine for all karma between us to be fully and finally resolved, so that we could be released from one another’s lives.

May the karma be done

Months passed, and nothing changed outwardly. I intensified my daily prayers for karmic release but to be honest, I harbored a feeling of some justice being served, knowing that his unfair actions would be returned upon him in like manner because of the laws of karma. That was, until I read a teaching from the yoga master Paramahansa Yogananda. He wrote that to be truly free of karma, we must wish for those who have hurt us, that they be free of their karma as well. Sigh! Really? I have to wish him well, with zero repercussions for his actions? That is so, so difficult!

I continued to reflect on this teaching and realized that as long as I was wishing anyone anything other than pure love, I was creating more karma for myself. And that was the last thing I wanted to do! So, each day in meditation, I would think of something positive about this man and I would send him a blessing of peace, not so much for him, as for my own peace.  I allowed my heart to soften just enough to be willing to forgive, even though I did not know how to forgive him exactly. I surrendered my attachment to being right, to getting validation, and to achieving the outer justice I thought should be.

Amazingly, this inner willingness, this turning toward peace was enough. Little by little I began feeling lighter. And even though the issues between us were not resolved, I felt more neutral and calm within my own heart. A thought of him would come and I no longer felt rage or ill will. I no longer got triggered by our communications. I had been released from a bondage that I had self-created.

I wish I had done this sooner. I could have saved myself a lot of stress and anxiety. But it took realizing that I was imprisoning myself with my resentments. As I began to feel free, I hoped that he could be too.

Another month or so passed and communication between us lessened to almost nothing. Then one day, out of the blue, I received an email from him that contained words I had hoped to hear for a very long time. He acknowledged me in a way I never thought he would, and he made a stride toward repairing the issue left between us. The brilliant thing was that as much as I appreciated his words, I knew that my healing had occurred before they had arrived. The freedom I felt had not come from his amends. It had come through my willingness to forgive him and let go of my need for validation.

I am so very grateful for his turn toward understanding, and his kindness. We have reframed our relationship and are now moving toward a respectful friendship. I am even more grateful for the lesson this circumstance brought to me. The awareness that others do not set us free; only we can do this for ourselves.

It remains in my heart as a reminder that I alone am responsible for my well-being, and that I have the capacity to change when I am truly willing. @JennieLeeYoga (Click to Tweet!)

I am so glad that I learned how not to hate. That is a strong word that I intend to never to use again. I choose love instead.

Jennie Lee is the author of BREATHING LOVE: Meditation in Action and the award winning TRUE YOGA: Practicing with the Yoga Sutras for Happiness & Spiritual Fulfillment. A certified Yoga Therapist and spiritual life coach for over 20 years, she counsels via Skype and leads retreats internationally. Connect with her on her Website, Facebook, or Twitter.