Practice Grace. It Changes Everything. 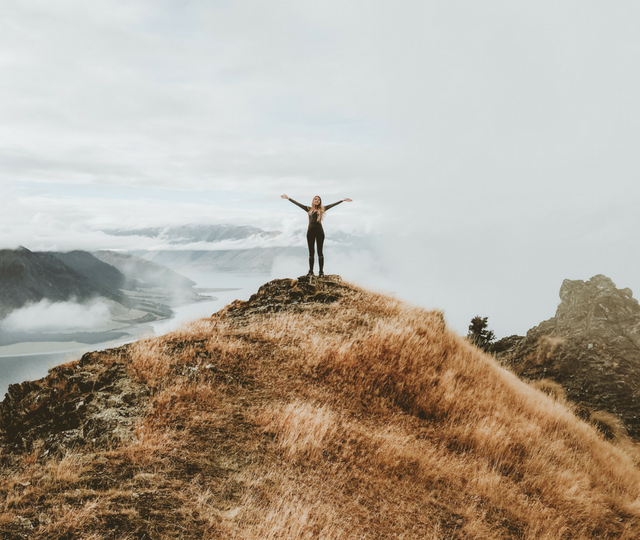 Often I teach a concept called “love is a verb.” My definition of love is to care about the other person’s experience as deeply as you care about your own: how they are feeling, how your actions are impacting them, and what you can do to ensure they feel safe, connected, and loved by you. This is active consideration.

It sounds beautiful in theory, but it can be difficult in practice. In our daily lives – especially in times of busyness, excitement, and stress – we tend to react to the things coming at us rather than respond to them with deliberation and care. Even the most saintly among us are guilty of snapping at a loved one or carelessly dismissing someone’s feelings. So how do we change—really change?

Learn to catch yourself.

In order to practice love as a verb, you need to be able to catch yourself in your own thinking and feelings during a conversation, which is no easy task. But, it is something you can learn to do. One of my favorite examples is the time my husband demonstrated the power of this practice. It was back when our third child was only a few months old, so our house was more  hectic than usual, to say the least. Turns out (!), when you are tired, hungry, overwhelmed, or preoccupied, conscious consideration is an even greater challenge. There is just so much room for miscommunication and a lack of grace in interactions.

Choose to love, instead.

My husband is the organized one … me, not so much. I have a bad habit of moving things and not putting them back in their proper place. Philosophically, I understand that this can really mess up the other people I live with. “Where ARE the diapers/wipes/etc?” is a question I hear a lot, at various levels of annoyance.

Though I have plenty of excuses, I know in my heart that it’s selfish of me not to put things back in their place. If I was on a sports team, well … I wouldn’t be considered “Most Valuable Player.” Sometimes my husband’s frustration gets the better of him and he snaps at me. I, in return, get defensive.

I might say how tired I am, or tell him all the things he does wrong or even (always a clincher) burst into tears. But the truth is that when I get defensive, I am just avoiding being accountable for my bad habit and its impact on the team. It doesn’t make me or him feel any better. Instead, now he has two crybabies on his hands.

He added grace to the formula of our usual fight.

But then it happened. He cut me off at the pass. With a wailing baby in his arms, he found me upstairs in the house to ask where the wipes were NOW located. As I heard him approaching, my inner dialogue kicked into gear. I was already expecting him to be exasperated and annoyed, and in my mind I began making a case for how exasperated and annoyed I was feeling, too.

This time, he didn’t let on that he was annoyed. Instead, he nonchalantly said, “Hey, I don’t want to stress you out, but it’s hard when I can’t find something in its proper place.”

He didn’t say anything besides that. Ironically, I immediately wanted to own up to what I did and apologize for my bad habit. I promised him, “I’ll do better.” And I meant it. That was his instant reward for showing this small consideration for me.

I am not sure I deserved it, given I was the one who messed him up. But, the generosity he showed me taught me something. Sometimes the fight isn’t about what you think it is. Yes, of course it’s important to put the baby wipes back where you found them. But, the deeper issues here for both of us were:

Am I being considered? Are we in partnership here?

In a fight, either party can press “pause” and address these issues. Either person can take a time out and GIVE consideration, and it will change everything.

Do you find yourself having the same fight over and over with someone in your life? Would it help if you could just press pause and consider their experience? Make mention of it and you can watch the tide of the whole interaction turn before your very eyes.

This “grace formula” doesn’t just clear the lines of communication; it also deepens the bond of the relationship as a whole. It gets you more of what you want, too! Since that interaction with my husband, I doubled my efforts to put things away.

It’s a hard climb to the high road sometimes, but being someone who seizes the opportunity to bring compassion and consideration to the (changing) table gives you tremendous power in any relationship. And the best part is … with the right tools and practice, anyone can get GREAT at this skill.

P.S. When it comes to practicing grace, we all need a little help along the way. If you need more inspiration, take the Current Reality Quiz! It’s a quick, easy, and fun (we swear) way to self-assess and get a better idea (or at least an honest one) on what areas of your life you need to work on.