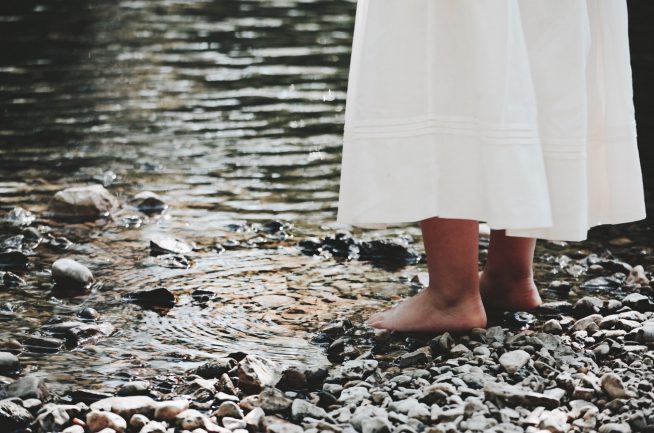 I watched in horror as the doctors and nurses gathered around her.

I was only eleven, but I could clearly understand the sense of urgency.

They were working furiously to save her life.

She was a five year old little girl and had become a friend to me in the ICU.

Because she was too young to read, I volunteered to read her stories. My jokes made her laugh. She brightened my day with her constant smile and upbeat attitude.

In the intensive care unit, you took any smile you could get.

We both had a common bond and the scars to prove it.

We had each been born with holes in our hearts and we had each just gone through major heart surgery.

Today it’s commonplace to not only survive heart surgery but to be in and out of a hospital within a few days. The technology and equipment is more sophisticated. The training is elevated. This helps make today’s success rate for open heart surgery very high.

That was not the case back in the early seventies. Back in those days, heart surgery was a major risk. Doctors were learning on the job and could only hope for a positive result.

Each successful open heart surgery in the seventies was a great victory. It is safe to say that me and those like me were guinea pigs of sorts. We went into surgery because we had no choice, but the risk of success and survival was perhaps thirty percent for kids.

Back then doctors still did a fantastic job, they simply didn’t have the benefit of today’s technology.

I heard a monitor near my new friend make a strange and study beeping sound and then I saw the doctors rubbing something on her tiny frail chest. Finally I saw her body bounce on her bed as the electric paddles made her jolt. This went on for a few minutes then everything stopped. I sensed the worse and minutes later I witnessed a lady tell her parents that their daughter had died. The little girl’s mom cried out and shook. Her dad did not react much better. It was awful!

I had only known this sweet 5-year-old girl for a short time, but I cried as they rolled her body out of the intensive care unit. Back then several patients shared a room and we were a fraternity of survivors, unless of course one of us did not make it. When one of us from the group died, a piece of us all died with him or her.

I was depressed for several days after the little girl died. The only saving grace was that soon after my improved health allowed me to go from the ICU into a private room. A month after that I finally went home from the hospital after a three month stay.

Shortly after arriving back home I had a horrible nightmare about the little girl’s death.

I must have let out a loud scream because my dad came in to see what was wrong.

He finally calmed me and said we could talk about it in the morning.

The next morning I told my dad that I felt guilty that the little girl had died from the same surgery I had. I asked him how it went so good for me and why she had to die.

My dad then explained that it did not go so easy for me after all.

He told me it was a miracle I had survived. I was shocked!

My father calmly explained all the complications I had fought through.

He explained that after my surgery I was in a coma for almost two weeks. My dad told me that during those two weeks that little girl came over to my bed in the ICU and sang songs to me. She didn’t know me, but she knew I needed any help I could get to survive. How could a 5-year-old girl know this?

Now decades later, I have learned more about how lucky I was to survive such a complex surgery. I’ve heard about kids who met the same fate as the little girl I watched die.

I’ve read about children and adults who didn’t get to experience a miracle that would extend their lives.

Each day after I shower I see the two long scars that remind me of how lucky I am to be alive.

Ironically, the two scars I have make a cross in the middle of my chest.

Those scars have faded a bit, but some days they remind me of that little 5-year-old girl who died in front of me. In my mind she is smiling her brilliant smile, as if to say make the most of this day. When I was struggling to survive, I had a pint sized guardian angel looking over me. She was singing me songs to help me get through a time in my life when I needed a miracle.

Now, I truly understand that every day is a miracle. I also know that you never know when a guardian angel will come into your life. It’s apparent to me that Guardian Angels come in all shapes and sizes. Mine happened to be a tiny young girl with a great big smile!

Thanks to her I learned that each day is a miracle of life and the importance of gratitude!

David Starlyte, is a spiritual coach, writer and teacher. A health-science degree graduate, David’s background includes over 16 years in the wellness industry with the last 12 of those being based in Australia. He has trained with Qi Gong masters in China and Buddhist monks in Thailand. He has even studied with kabbalists as a monastic in the Middle-East. As a channel for Divine wisdom, his intuitive coaching, speaking and healing sessions invoke purposeful shifts into deeper connection, inner peace and awakening. To find out more, visit his website and follow him on Facebook and Instagram.