3 Wealth Lessons I Learned After Becoming a Millionaire 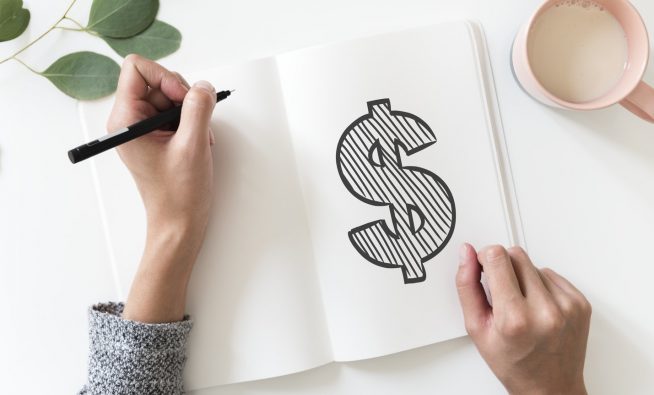 As a result of becoming a millionaire so fast, I didn’t have a lot of time to adjust to suddenly having much more money than I was used to. It happened very fast after the success of the first Chicken Soup for the Soul book took off.

That experience taught me three powerful lessons about money and being a millionaire.

1. Money Doesn’t Change You Much

The first thing I learned was that money doesn’t change you as much as you’d think.

At the same time, there are certain things that money definitely helps with…

It can help you give your kids a good education, or provide you and your loved ones with better healthcare.

It alleviates certain hardships, and that’s a really good thing about it.

But even though money can change the world around you, it won’t change YOU. Who you are, how you see the world and interact with it – all that stays the same. @JackCanfield (Click to Tweet!)

So if you’re afraid of attracting money into your life because you’re worried it’s going to change you in some way, don’t be. Having money tends to amplify the person you already are.

If you’re a good person who wants to make a positive impact in the world, you can do a lot more good things with your money. You can fund a lot of great projects.

2. Money Can Make You Uncomfortable

The second lesson I learned is, having more money than other people can make you very uncomfortable.

That was a major amount of money and it made me very uncomfortable. I actually felt some guilt around it and had to wrestle with my own sense of worthiness.

I wasn’t sure I deserved that kind of money when so many people in the world had nothing.

Not only that – I noticed that even though I hadn’t changed, the way some people related to me did.

And having people treat me differently all of a sudden was a very uncomfortable experience. I did eventually get used to it, as I became more comfortable being a person with money. But it took some time.

3. Money Makes You Look at Your Values

And the final lesson I learned when I became a millionaire is this: money forces you to look at what you truly value.

As I became more comfortable with having money, I had to take responsibility for it and decide what to do with it.

I had figure out what was most important to me, what were my values, and what did I really care about.

What I discovered was that I felt a strong responsibility to use my money for good.

Did I want to give my money to a school like Harvard, where I had graduated from – or give it to support homeless kids living in Santa Barbara where I live?

I ultimately decided to help build schools in Africa because my background and my values lie in education, and to support organizations dedicated to environmental sustainability to provide a future world where my grandchildren could survive in. That’s how I chose to give back.

I sat down with my family and together we decided what charities we were going to donate money to. It was a great opportunity to educate my kids on good money habits and the responsibilities of having money.

On Buying Too Much “Stuff”

Of course, there is also the danger of buying too much “stuff” when you have money.

People who suddenly have a lot of money may be tempted to make a lot of big purchases and surround themselves with way too much “stuff” they don’t really need.

When I first became wealthy, I went through a phase that I call my “nouveau riche stage”, in which I spent too much money on nice sweaters and clothing.

And at one point we even had a personal chef cooking all our meals. But I ended up gaining too much weight from having a chef and my wife became aware that she valued her privacy in the home more than the convenience of having someone else do all the cooking, so we decided to spend our money in ways that better served us.

So when it comes to spending your money in a way that truly makes you happy, you really need to examine yourself, your values and your priorities, and decide what it is you truly want.

Remember that it’s okay for money to make you uncomfortable, but that’s just because it’s exposing you to new situations beyond your current comfort zone.

It’s not significantly going to change YOU in any way.

But, if you want to be smart with your money and use it to create a life you truly love, put your money where your values lie. Use it to make a positive impact and create the kind of world you want to live in. That’s how you create a life of true purpose, deeper meaning, and abundance.

Here’s a great way to help you develop a millionaire mindset.

I want you to play the Millionaire Game. From this point forward, I encourage you to act as if you were already a millionaire or multi-millionaire.

How would you feel when you woke up in the morning?

What would your intention or purpose be for the day?

What would your mindset and outlook be?

How would you interact with your family, friends, coworkers, clients, and customers if you were already a millionaire?

Fully visualize how you would move through the world as a millionaire – and then start acting that way today.

One of the most powerful exercises I often do in my live seminars and training is to have people stand up and mill around the room, interacting with each other as if they were already millionaires. At the end of the exercise, I ask them if they feel any different.

Yet they hadn’t really become millionaires except in their minds!