How to Let Go of Your Ego 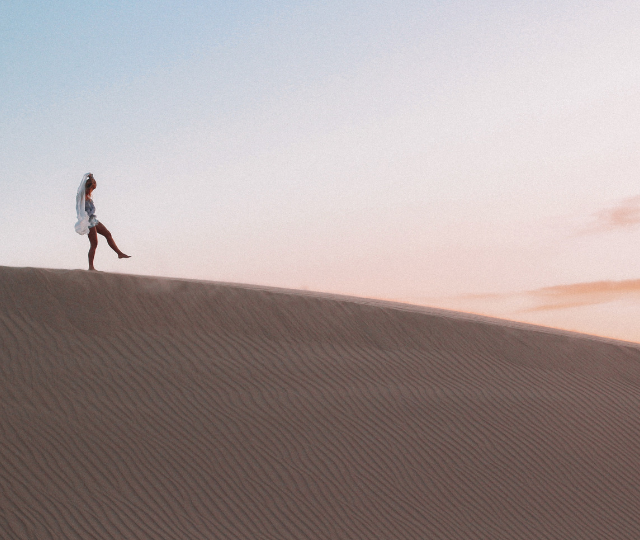 I have a confession: I am a control-freak.

I mean, it has its perks – I get a lot done, I get to be the boss of things, people listen to me like I am an authority figure… BUT, there is also a part of this trait that doesn’t care about other people’s experiences, a part that micromanages, and a part that uses negative emotions to manipulate people. That part, I am not so fond of. It took years of practice, but I’ve finally learned how to keep the negative aspects of this trait in check!

Yes, there are still times where I need to be right, and I must convince others to see my perspective and go along with my plan, right? But, rather than resort to my old tactics, I had to learn new ones. There are ways to get “your way” without being controlling or manipulative.

So today, I want to give you a birds-eye view of how I put that practice to work with my family and children, because YES, my kids really test me on this one a lot!

I signed my daughter up for a Kid’s Self Defense program, but when the time came to go to the first class, she didn’t want to go. She claimed that it sounded “weird,” and was no longer interested; she wouldn’t know anyone there and she was already busy enough with her other activities.

As her all-knowing parent, I felt it was well within my rights to say: “I know what’s best for you and you are going to buckle down and do what I say!” But I resisted. Instead, I listened, affirmed her concerns, and told her more about what to expect. I even offered the class info to her friends mom in hopes of bringing in some familiar faces. I did not react, I did not resist, and I did not argue with her feelings. I also didn’t let her out of it, even though I was tempted.

When, after the first session, she still said “it was pretty lame,” I again listened and nodded, without saying much. I was patient and trusted the fact that I had something to offer and she would eventually see it. Just as I knew would happen, a few weeks went by and she started to look forward to the class. Upon the completion of her course, I relished the sight of my daughter kicking butt – proudly demonstrating her new skills, buddying up with her classmates and beaming with self confidence, even posing for photographs with the instructor!

Technically I got my way – but I did it without giving into my impulses to control and manipulate the situation. As a result, I avoided the bickering, moping, pleading and whining that used to happen every time my daughter and I didn’t see eye-to-eye.

There are occasions in every relationship where we sincerely feel that WE ARE RIGHT, and WE KNOW BETTER than the other person.

Sometimes “getting what you want” doesn’t get you what you really want.

We sometimes feel that we are serving the greater good when we force ourselves onto our partner, kid, parents, friend, or co-worker, yet somehow, we screw the whole mission. Through all our good intentions, even when we really do know what’s best for someone, we become too aggressive and belligerent (or alternatively, obsequious or pandering) in forcing them to see it our way. Fellow control freaks know this dilemma all too well. If I don’t keep this trait in check, I can come across as condescending and manipulative and be met with resentment or rejection of the whole idea! In the end, even if the situation does go as we predicted (“I told you so!”) and we technically “win,” we lose a sense of trust, mutual respect and harmony in the relationship.

I could have chosen to belittle my daughter by saying: “I’m older and wiser than you, and you’re wrong about this class.” Even worse, I could have completely ignored her concerns and complaints and not even asked how she felt about it. She would have taken the course either way, but this way, we both walked away from the situation feeling like we got want we wanted.

There are ways to persuade others… happily.

One of my specialties is teaching people how to engage in better relationships. It always astonishes me how a change in behavior or attitude in ONE person can affect the dynamic of the whole family, or the outcome of a big decision. While it’s obviously not always appropriate or helpful to force your opinion or plan on someone, there are times when it is appropriate – especially if it involves someone’s health, well-being or happiness. The following tips are for those times:

During my daughter’s self-defense class, I had so many chances to break these rules. It took great amounts of self-awareness and mind-management to stick to my higher ideal of empowering my daughter. I not only got her through the class, but helped her to feel it was her choice and her process! I am so proud that my daughter learned to defend herself, and that she didn’t have to practice defending herself from an overpowering mother.

P.S. If you’re ready to engage in better relationships and start to shift your thinking , join our coaching community with a subscription to Inner.U, our digital coaching course. With 14 hours of audio coaching, you’ll learn the step-by-step process of The Handel Method including the ability to get yourself out of any mess you might be in.