Savvy Chimpanzees and a Failure of Imagination 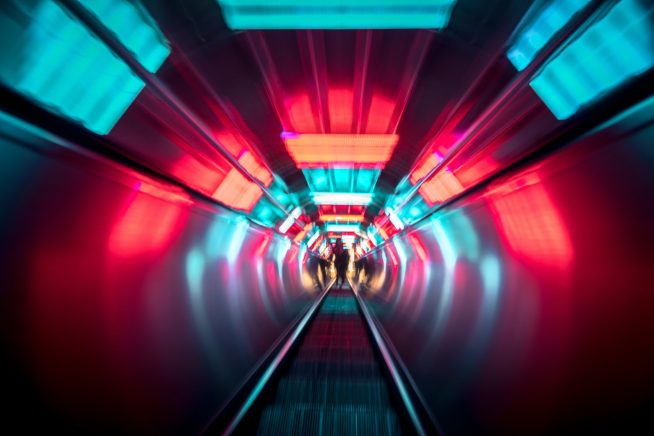 In, What is Enlightenment?, Immanuel Kant wrote, “Enlightenment is man’s emergence from his self-imposed immaturity. Immaturity is the inability to use one’s own understanding without another’s guidance.” Put another way, thoughts and behaviors that are simply reactions to our past and our environment, tether us to a static present that constrains our potential.

This isn’t to say that all of our actions, beliefs, and thoughts should emerge from a vacuum. That would not be possible, nor desirable.

Nearly every living organism is in the business of influencing and motivating the actions of other organisms. When a rattlesnake rears up and its tail whips out a rattle call, it’s letting on-comers know to stop, telling them, “if you screw with me, things will go badly for you.” Gazelles do a funky jump called a pronk when threatened in order to alert the herd to oncoming danger while demonstrating their fitness to predators. The pronking is signaling the herd to run and telling the predator to stop if they’d like to avoid a swift quick to the face.

Chimpanzees take their influencing abilities a step further, demonstrating a complex degree of intent absent from rattlesnakes and gazelles. When seeking alpha status, they elicit support by influencing their group members in a manner that would make any political animal proud. In his incredibly enjoyable book, Sapiens: A Brief History of Humankind, Yuval Noah Harari writes about how becoming the alpha takes more than physical strength. In fact, it isn’t necessarily the biggest and strongest who get the chance to lead. Chimpanzees achieve alpha status in the hierarchy by establishing coalitions through social activities like “hugging, touching, kissing and grooming” as well as engaging in reciprocity.

As socially sophisticated as chimpanzees are, however, nothing has nor will ever change in the manner in which they coexist and live. They will not create better ways to structure their group to ensure survival, nor will they ever enact a codified system of laws to protect the underrepresented or expand economic opportunity. There will not be a Caesar-like figure from the Planet of the Apes movies who communicates a vision of a better future. Quite simply, barring environmental factors that drive change, the apes’ way of life will remain in the future as it is today.

Because of this, apes and other non-human animals are imprisoned in the present where they can only react to environmental events that reward or punish their attempts to eat, procreate and avoid threats to survival. To do otherwise would require them to act outside of their capacity by imagining and fantasizing about a possible future that does not yet exist. According to Harari, it is this capacity for imagination that separates humans from all other animals on planet earth, making us distinct and unique. Kant would likely consider this a key factor on the road to a state of maturity and, eventually, enlightenment.

If you have ever considered starting a business, being a better parent or partner, getting healthier or learning a new skill, you are engaging in an act of creation by fantasizing about an imagined future state. Unlike non-human animals who spend their lives reacting to base life drives, the ability to envision a future that differs from the present frees human beings to take proactive action to better themselves, others and their communities at large. This is something that does not happen outside of the human experience.

This is also the reason that human beings can exceed base life drives and needs through both simple and extraordinary acts of creation. If you live life like an ape in a constant reactionary state, you will never create the surplus amount of time, energy and effort requisite to accomplishing great things and achieve the potential all human beings possess. You will change, to be sure. But, your environment will define what that change looks like, with you providing very little self-direction. It will define you. Your job, your finances, your boss and your family, as well as your perceived limitations, will determine your future potential.

You will likely do just enough to avoid the pain of not meeting those base expectations and needs, living a reactionary life caught in a time loop that keeps curving back in on itself.

Put more bluntly, through this failure of imagination and a lack of understanding that you are what you work towards becoming, you are allowing your potential to be that of a chimpanzee.

The same goes for anyone trying to influence others, whether it be in the household, social group, government, not-for-profit or corporation. If your primary method to influence the behaviors of those around you is to control them through active or passive means, tell them what to do, make them follow the rules or engage in a transactional relationship that only you can initiate, you are training them to be reactionary apes who live in a world of reacting to past events as opposed to working towards future visions. The result will be to do just enough to avoid unpleasantness. This is where human potential and progress go to die.

If, however, you desire to maximize both your and other people’s potential beyond that of an ape, create and communicate a vision of what is possible as well as an understanding of its value and how it will be achieved.

Here’s the thing, I know without question that each and every person reading this has the ability to expand their world of possibilities and potential into realms only now imagined. Know why? Simple, you’re human. This fact embodies you with something that is the most unique and valuable resource in existence: imagination.

Note: No animals were harmed in the writing of this article.

Matt Nelson is the owner of Performance Ownership Edge (POE), the result of his obsession with answering the question, “How do you best engage people in a way that helps them change their behavior, accomplish great things and transform their lives?”. The mission of POE is to help leaders drive innovation by creating Empowered Engagement cultures that maximize the potential of their greatest resource: their people. Matt has extensive experience leading organizational change, coaching leaders and managing and developing regional and national teams. He holds the CERTIFIED FINANCIAL PLANNER™, and Certified Professional in Learning and Performance designations in addition to an MBA where he studied finance. You can connect with him on Facebook, Instagram, LinkedIn and Twitter.