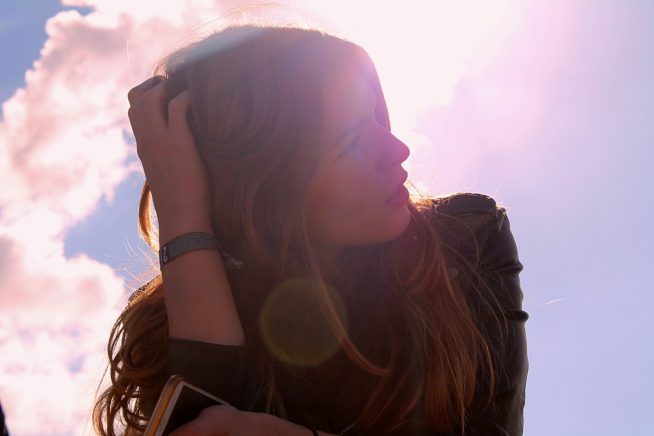 Whether you perceive it or not, everything is constantly changing – the environment, the weather, the economy, technology, society, culture, your friends and family, your body, everything. And the better able you are to embrace change in what is happening in your world, the easier it will be for you to live your best life.

“Change is the only constant in life.” – Heraclitus

For some people, the idea of constant and never-ending change is terrifying, because change often involves risk and loss – possibly of something big, like your house, your job, your money, your friends, your family, or just the loss of whatever is comfortable and familiar.

Some people see change as something to fear or dread, instead of something that is a new adventure that has the potential to improve them or their life.

That’s what change actually is: it’s an opportunity for you to experience something new and to grow and evolve as a person.

Change asks you to:

All of which ultimately results in you becoming a better, more capable person.

And that’s a good thing!

Because the ultimate goal of life is not just a life of comfort, but a life of mastery and mastery only develops when you are confronted with challenges. @JackCanfield (Click to Tweet!)

When you try to resist change, you rob yourself of the experiences that can transform your life on both a professional and personal level.

When you welcome and embrace change, you open allow yourself to cooperate with the natural evolution that is the reality of existence on earth.

4 Tips to Learn How to Embrace Change

Think of it this way. Change is inevitable. It is like a river flowing downstream, following the law of gravity.

When you resist it, it feels like trying to row upstream during a flood.

When you accept change and embrace it is like easily flowing downstream.

You may still need to row to avoid ramming into a rock or a bridge abutment, but it won’t feel like you are fighting the current. Life gets easier.

So here are a few tips to help you deal with change and embrace change.

The first one is to take the time to fully understand and apply the equation E+R=O. E+R=O stands for, Event + Response = Outcome.

It is your response to any event, and not the event itself, that determines the outcome you experience.

You can’t change the events that happen. They just occur outside of our control.

As one of my friends like to say, “The world is just out there worlding.”

You can’t stop the rate of technological change occurring in the world.

As you’ve probably noticed, you cannot do much to change those events.

But you CAN change your response to them and ensure that the outcomes you experience in your life are as positive as possible.

Now, on a more personal level, let’s say you lose your job.

You could start freaking out over the sudden loss of a guaranteed income each month.

You could blame yourself for not being “good enough,” and fall into a state of hopeless despair that keeps you sitting on your couch, numbing your pain with hours of mindless TV watching.

Or you could choose to see this event as a gift, as your chance to pursue a new opportunity that’s more in alignment with your deeper goals and dreams – and use your newly liberated time and energy to develop the skills and expertise you’ll need to create your ideal life!

Whenever a change happens that seems like a tragedy, always remember there is a gift in it.

“Every negative event contains the seed of an equal or greater benefit.” – Napoleon Hill

I have many friends and clients who have lost their homes and all their possessions to a flood or a fire, have lost their loved ones to divorce, suicide, drug overdoses and automobile accidents, who’ve lost their jobs due to mergers, layoffs due to the recession, or to new technologies that made their jobs obsolete.

And in every case, years later they looked back and realized that those seemingly tragic events were turning points in their lives that led them to something far better than what they had before – a better job, a more fulfilling relationship, new friends, deeper wisdom, more freedom, the discovery of their true life purpose, the development of new skills, and spiritual growth.

I can remember in my own life when I was in my mid-twenties, I was working at a government training center in Iowa when the government decided to shut it down.

At the time I thought it was the end of the world.

I loved the job, and I loved the people working there. I was devastated.

But what ultimately happened was that a month later I was taking a workshop in Chicago run by people who worked for W. Clement Stone who was a close friend of Napoleon Hill.

When they found out I was being laid off, they offered me a job, which is where I began to learn about so many of the things that I teach today.

If I hadn’t lost that job, I might still be working in a small training center in Iowa.

Take a moment later today and think back to some change that you feared or resisted and all the good that eventually came from it.

Once you begin to see that, you can begin to anticipate the good that will come from the changes you are facing now.

A good question to always be asking yourself is, “What’s the opportunity that this is?”

If you look, you will find it.

And change will become something to appreciate and embrace rather than to fear and resist.

Remember, YOU always have control over how you choose to respond to things.

And when you respond with an attitude of curiosity, optimism, and confidence, you’ll find it so much easier to survive and thrive during the change.

“Whatever the mind can conceive and believe, it can achieve.” – Napoleon Hill

My second piece of advice is to believe it’s possible to create positive outcomes no matter what change is happening around you.

Your mind is a very powerful instrument, and when you learn how to properly use it, you can create anything and everything you want. And the first step is to choose to believe that what you want is possible.

A belief is simply a thought you consciously choose to think over and over until it becomes automatic.

It’s true that most of our beliefs were decided or programmed into us as children, but you have the power to choose to believe a more empowering belief simply by choosing it.

And you can delete old beliefs very quickly with so many new techniques that have been created in the past few decades like EFT, Byron Katie’s work, the Sedona Method, and the Heart Freedom Method that I use in my workshops.

So, when you find yourself faced with a big change that feels overwhelming or scares you, stop and take the time to imagine the best possible outcome that could result from that change – and then simply choose to believe that you have the capacity to make that vision a reality.

See yourself as already being the kind of person who can successfully adapt to any kind of change – and then start showing up in the world as that person.

I observed a good example of the power of acting as if a number of years ago when I was living in Pacific Palisades, California.

I used to do my banking with Wells Fargo.

There was a young teller at the bank who started to catch my attention each time I went to the bank.

There were several tellers working there at the time, and I noticed this one in particular because he always wore a suit and tie.

Unlike the other two male tellers who just wore a shirt and a tie without a suit coat, this young man had already started to dress and look like an executive.

A year later, I noticed he had been promoted to his own desk where he was taking loan applications.

Two years later, he was a loan officer, and later he became the branch manager.

I asked him about this one day, and he replied that he always knew he would be a branch manager, so he studied how the manager dressed and started dressing that way.

He studied how the manager treated people and started interacting with people the same way.

He started acting as if he were a branch manager long before he ever became one.

You can adopt this same attitude to any situation you find yourself facing.

Ask yourself, “What kind of person do I need to be in order to achieve the best possible outcome?”

What thoughts do I need to think?

What pictures do I need to visualize?

And then start showing up as that person now.

4. Acknowledge Your Fears, and Take Action

Give yourself permission to acknowledge and experience whatever fears show up along the way, and then take action anyway.

When you’re faced with big changes, you may need to take a huge leap into the unknown. And that can be scary; I get it!

Even I have fears that arise sometimes when I take on a new challenge that I’ve never tackled before! But just because you are entering into unknown territory, that doesn’t mean it’s bad.

So allow yourself to feel the fear – and don’t let it stop you.

Take one small step after another into the unknown – and you will be surprised at how quickly the path forward will become clear to you, and entirely achievable.

What’s a change YOU are currently facing, and what’s the potential opportunity that it contains?