Productivity and Pain: A Manifesto for Our Humanity 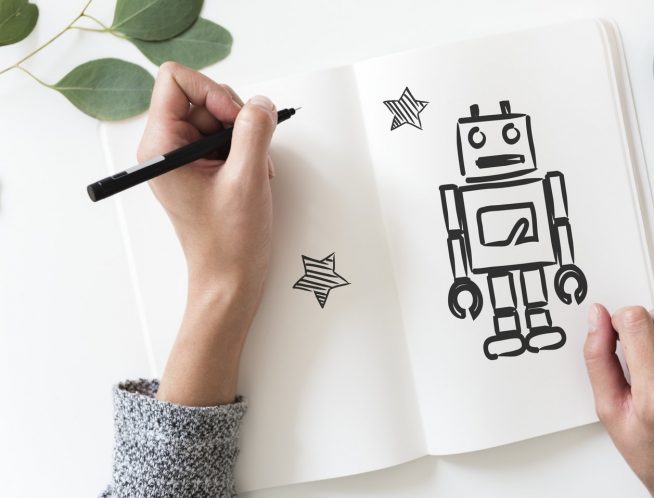 I hate to break it to you, but you aren’t a robot. Me neither.

I know it’s hard, I struggled too when I first realised. It wasn’t just the realisation but what it meant…

You see, robots don’t need a lot of sleep, in fact, the more they work, the more they can keep on working, they don’t get less effective without rest.

Robots don’t need to go gently, they just power through, they are productivity machines and things like pain, grief, struggle, down days and rainy weather don’t affect them.

I mean, being a robot sounds pretty cool when you look at it like that. You get to do what you want all day and all night with no need to stop, you are productive and useful, you contribute endlessly – I’m a little envious of robots right now.

I think maybe we all secretly want to be robots on some level, or at least we want to have robot-level results.

The question is, are we willing to make the sacrifice that is required when humans live robotic lives?

Productivity, hustling and making a difference are big focusses for many in the online world. The internet is almost limitless, and in it’s boundary-less-ness we are never enough. We could always have more, more likes, more sales, more than we have, which means we need to work more.

We have an idea of the heart being like a machine;

it is the hardest working muscle,

your heart is working even when you sleep…

But our hearts beat, and pause, they rest and work. There has to be a space between the beats for them to be beats at all, otherwise it would just be a continuous noise? Where are the spaces of pause in your life?

So why the focus on the heart’s work? Some teachers believe that, as the heart was being studied and explained to the populace at the same time as the industrial revolution, the heart was explained in terms of industry and productivity, it became the symbol of progress through unrelenting work.

We are evolving and we make up society, which is evolving all the time. So what archetypes are we creating?

I respect the hustle, but work is a good servant and a bad master.  @Grace_Quantock (Click to Tweet!)

When we are living with illness and pain, we need to ask ourselves if we can justify treating our bodies this way?

Why are we pushing?

Where are we heading?

How can we exhale into compassion even only for a moment?

Robots never rest, but they do break (illness), they become obsolete (aging), they are defunct (death) – is this what we want to be part of?

Humans are cyclical, we are part of nature. The more we recognise these cycles, the more we can liberate ourselves from the guilt of not being productive enough. As humans, we have our own personal energy cycles; how we feel during days, nights, times of year, hormonal cycles, stressful or joyful periods and stages of life.

We can have times of energy and times of needing more rest. Maybe we are more energetic in the mornings, or more tired when bringing up small children.

Why do we hold ourselves apart from all the natural cycles. Listen – our iPhones don’t invalidate our biology, we are still mammals.

“But you could be doing something Important,” I said.

“To the birds. And that squirrel over there.”

“What are they saying?” I asked.

“But you know that already,” I said.

“Yes, but it’s always good to hear that somebody else thinks so, too,” he replied.

“Well, you could be spending your time getting Educated by listening to the Radio, instead,” I said.

“Certainly.  How else will you know what’s going on in the world?” I said.

“By going outside,” said Pooh.

– From Simple & SMART Living Tips From The Tao Of Pooh

Let me know your thoughts in the comments – are you busy? If you were a robot, what robot would you be?