Why a Mirror Can Make You Behave Better, and 5 More Tips for Boosting Self-Control. 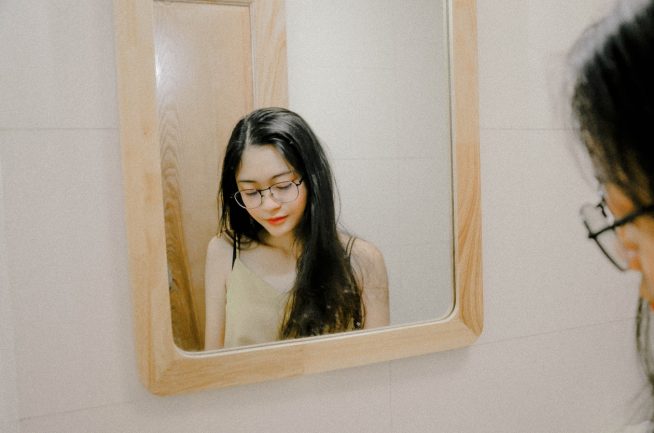 Self-control is very valuable, and most of us are eager to boost our self-mastery. One of the best ways, it turns out, is through monitoring. The more aware we are of what we’re actually doing–not what we wish we were doing, or imagine that we’re doing–the more control we can exert over ourselves. Monitoring dramatically boosts our self-awareness, and self-awareness is a key to self-mastery.

Monitoring has an almost uncanny power; people who keep close track of just about anything tend to do a better job with it, in key categories such as eating, drinking, exercising, working, TV- and internet-use, and spending.

In fact, in some studies, the mere presence of a mirror—which allowed people literally to watch over themselves—made them more likely to behave in a more upright way.

On the flip side, research shows, failing to monitor ourselves is one of the main reasons that we lose self-control. As we lose a sense of self-awareness, our behavior starts to change; our inhibitions crumble.

For that reason, anything that undermines our ability to monitor ourselves undercuts our self-mastery. Here are five tips for avoiding situations that make self-monitoring hard.

1. Don’t drink much. Alcohol weakens self-awareness–that’s part of what people enjoy about it! I gave up drinking, more or less, because of alcohol’s effect on my behavior. (I get extremely belligerent, then fall asleep.)

2. Beware of feeling submerged in a group. Being in a group of people makes it harder to evaluate our behavior against our own personal standards. Example: the larger the group we’re in, the more we tend to eat.

3. Don’t let yourself get too tired or stressed out. Easier said than done, I know. At the most basic level, here are some tips for getting more sleep and for dealing with stress. Also, for many people, clutter contributes to a sense of stress, more than might seem logical; outer order contributes to inner calm.

5. Watch out for the desire to escape dreary self-critical thoughts. This kind of thinking makes us want to stop monitoring ourselves—and then impulses usually kept in check may be released.

I’m reminded of the lines from Tennyson’s poem “Oenone”:

How about you? Have you found ways to monitor yourself better–or to have better self-control, generally?