Some Advice I Give Myself Over and Over, About My Romantic Relationship. 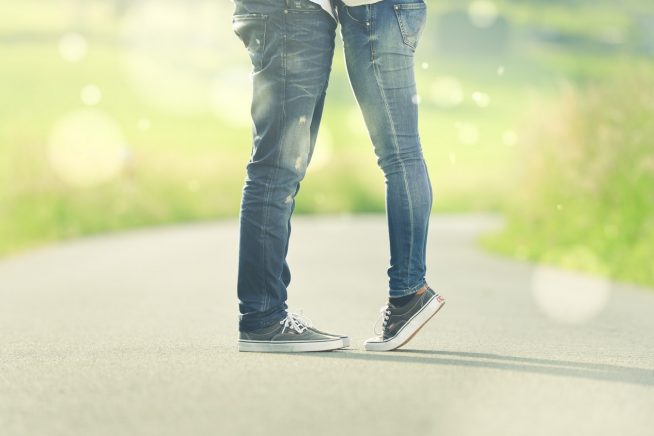 I love my husband Jamie with all my heart.

But as research shows—and I’ve found this in my own experience—married couples often treat each with less courtesy than they show to friends, or even strangers.

I find it all too easy to snap at Jamie, to read my email while I’m talking to him on the phone, or to get annoyed by some of his habits.

I remind myself often to take good advice—that I know perfectly well!

Here are the challenges that come up most often for me, and the advice I give myself most often.

It was really helpful for me to realize that Jamie is a Questioner, and that Questioners often intensely dislike answering questions. Before I understood this, I always wondered, “Why does he refuse to tell me what he’s making for dinner, or what time we’re supposed to arrive for the party?” I thought he was subtly trying to drive me crazy. But now I realize, “Yeah, that’s an annoying thing about a lot of Questioners; it doesn’t reflect on our relationship, he’s like this with everyone.”

Elizabeth and I just talked about this idea on the Happier podcast. I can be short-tempered and accusatory. Sad but true. I constantly make an effort to speak more gently, to say, “Do you know where the latest copy of The New Yorker is?” rather than “Did you throw away The New Yorker before I’ve read it, the way you always do?”

I have so many resolutions related to creating a tender, attentive connection. Especially in The Happiness Project and Happier at Home, I write about the many ways I try to show affection. For instance, the very first thing I do every morning is to give Jamie a kiss, and I get up to say hello or good-bye every time he comes and goes from the apartment.

4. Look for ways to be thoughtful.

I used to wish that Jamie handed out gold stars more often than he does—and in fact, I still wish he did, but I’ve accepted the fact that he doesn’t. I remind myself that I’m doing thoughtful things for him not because he’ll thank me, but because that’s the way I want to be, that’s the kind of atmosphere I want to live in. I’ll buy him his favorite kind of shampoo if I notice that he’s running low. I’ll send him funny photos or cheerful updates during the day, especially when he’s traveling.

I’m very interested in the problems of shared work (one of my very favorite posts that I’ve ever written is on the subject), and this is an issue in marriage. Because of a phenomenon called unconscious over-claiming, we unconsciously overestimate our contributions or skills relative to other people’s. This makes sense, because of course we’re far more aware of what we do than what other people do. According to Jonathan Haidt’s The Happiness Hypothesis, “when husbands and wives estimate the percentage of housework each does, their estimates total more than 120 percent.”

[People] can argue anything. If asked to argue that some assertion “A” is true, people can do that. If next asked to argue that the opposite of “A” is true, they can do that, too, often with the exact same ease and effectiveness…When testing a hypothesis, people tend to emphasize evidence that confirms the hypothesis over information that disconfirms it. For example, if I asked someone whether he or she was an outgoing individual, that someone will likely sit back to think about times he or she has been an extroverted, sociable person…if I asked the same person whether he or she is the shy type, he or she would likely think of exactly…opposing examples because they confirm the new hypothesis. (46-47)

I have really found this to be true.

I have Eight Splendid Truths of Happiness, and the Sixth Truth is: “The only person I can change is myself.” I can’t assign resolutions for my husband to follow (as tempting as that sounds; it wouldn’t work). Nevertheless, I’ve found that when I change, a relationship changes, and the atmosphere of my home changes.

How about you? What advice do you have to repeat to yourself, about your relationship to your sweetheart?