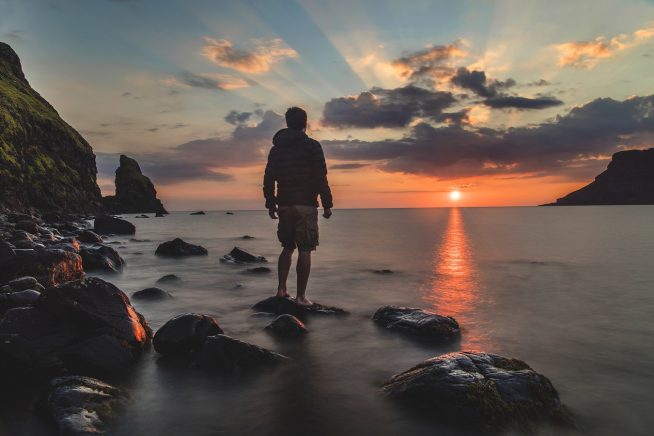 In life we deal with inevitable highs and lows. While we wish everything could just be okay all the time, we find out the longer that life goes on that things don’t exactly always go as we would like them to. For me personally, I lived the life of a drug addict for nearly a decade and it was quite the rollercoaster of emotions. Ultimately my life was taking a slow and steady down spiral. I would have moments where I felt it couldn’t get any worse, but then it did and lower and lower I would go. I reached my bottom around March of 2015.

I had been isolated from my whole family for months, renting a room in South Florida that I stayed holed up in for days at a time and there were zero productive qualities in me. I had just gotten fired from my father’s company months prior for stealing. That was in New York and I proceeded to run away to South Florida to escape all the destruction and heartbreak I had done. I broke my father’s heart and now none of my family wanted anything to do with me, for years they had dealt with the empty promises, manipulating and downright disrespect that comes when dealing with a drug addict.

I was so alone, so miserable and figured it couldn’t get any worse…..

That was until March 17th, 2015 I received a phone call from my mom that my dad had passed away. He had a heart attack. Just six months after he had to fire me for stealing. The guilt I felt was immeasurable. I thought I was the reason he passed away, because I had put some much stress into his life.

I went to his service back home and that’s when I really felt the hopelessness, it was stronger than ever, surely this was the lowest point of my life and I knew it more than ever. I spent the next two months crying myself to sleep at night, I had no idea what to do and now my biggest supporter, my father, was gone.

Fortunately I had the opportunity to go to treatment for my addiction, I agreed to go but had little hope I could make anything of it, I was a lost cause. Someone who spent the past five years trying to get his life together and stay clean and I had failed miserably.

Hopelessness is an interesting thing, this was not my first time going to get help but it felt very different this time. I had been beaten down so hard that I no longer had all the answers like I used to. I would have therapists giving me all types of suggestions and I always had an answer prepared for them as to why they are wrong about me and that I know what I need to do.

That all changed this time, I was so exhausted of thinking I knew what was best for me and that I could do this myself. I did not trust myself about anything. After only a few days of being in treatment I had found this new resolve that I had to honor my father who I had lost forever. He had tried his best and taught me so much about life that, even though he was gone, the last thing I wanted was for that time he spent on me to be a waste.

From that sentiment, I began to put my heart and soul into recreating my life, it turns out that’s what is absolutely necessary for anyone to rise up from their bottom. An inspiration grew inside me that I cannot explain but can only attribute my hopelessness as being the foundation to that. That hopelessness allowed me to finally listen to others, take guidance from others and also get me out of my own way. I had been my own worst enemy and this time I was taking me out of the equation and listening to what others who had my best interest had to say.

My life took off after that, I stand now nearly four years sober and in disbelief I can even say that. Do I still have painful low moments in my life? Of course. I now know better ways to deal with them rather than turning to drugs. The key thing is that I had to learn a new way of living. When I hit that bottom I spoke of, it was a result of me living the way I thought life was supposed to be lived, once those belief systems went out the window and I allowed new beliefs in, my whole life was changed. I beg anyone reading this who feels they are at a low point in their life right now, reach out to someone you trust or love, ask for help. When you receive that help, take advantage and take action. There is no low out there that we can’t rebound from.

Daniel Wittler is an Outreach Specialist for Recovery Local, a local addiction/recovery based marketing company. He advocates long-term sobriety by writing for websites like journeypure.com/blog, providing resources to recovering addicts and shedding light on drug addiction. Daniel believes that absolutely anyone can get sober provided they are ready to take action in their own life.