Law of Attraction Stories of Success That Will Inspire You 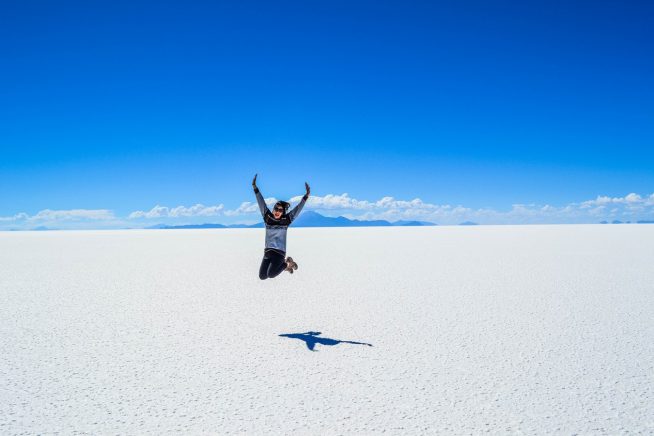 The Law of Attraction states that you will attract into your life whatever you focus on.

My mentor was a man named W. Clement Stone, who was worth $600 million when I worked for him.

He coached me about the Law of Attraction when I was a teacher in Chicago making $8,000 a year. He told me, “I want you to set a goal that’s so big that if you achieve it, you’ll know it’s because of the secret I am teaching you.”

I decided that that goal was to make $100,000 that year. I created an image of a $100,000 dollar bill and hung it on the ceiling above my bed. Every morning I’d see the image. I’d visualize what it would be like to have $100,000. Everything I did was to achieve that goal. At the end of the year, I had made $97,000. This would never have been possible without the Law of Attraction, these visualization techniques, and meditation.

I have since gone beyond that goal by using The Law of Attraction, in my life.

Here are some other Law of Attraction Success Stories:

The Law of Attraction and Kabir

After watching the world’s greatest magician, David Copperfield, perform on television in Malaysia, Kabir found his calling to be a magician at six years old. Growing up, his passion grew and he could no longer keep it as a hobby. A copy of The Success Principles found its way to his hands and he was clear more than ever that he wanted to become the Malaysian David Copperfield.

The mind is also a powerful, and some would say magical, thing. A big part of The Law of Attraction is what I like to call, Acting as if. If you act as if you’re already where you want to be, the universe will respond to those vibrations. He asked himself, “If I were already a world-famous magician, how would I act?”

So he started carrying that demeanor and made a vision board.

After attending one of my workshops, he tracked me down and told me of his dreams to study and perform in America.

He changed his vision board even more to reflect that, and through his new mindset, persistence, and the vibrations he was putting out, he was able to attract a wealthy Chinese businessman through a mastermind group that was willing to sponsor him to study magic in America.

He then had a friend mock up a newspaper article with the headline: “MALAYSIAN MAGICIAN TO PERFORM IN HOLLYWOOD” to add to his vision board.

I’m sure you can guess what happened after that. After a year of visualizing and taking out-of-the-box actions, he received an invitation to perform at The Magic Castle in Hollywood.

The Law of Attraction and Daniel

After seeing the film The Secret, my explanation of the Law of Attraction made Daniel understand the power of his intentions, goals, and focus at a new level. He decided to apply that to the dream home he wanted in Maui. He made the best offer he could make when it went on sale, but it was so low, the bank didn’t even counter.

The highest bidder fell through and the bank lowered the price of the house.

So Daniel got serious about what he truly could afford and what he felt was the right price for his family, and it was still too low.

My words, “everything you want also wants you, but you have to take action to get it”resonated with him and his family.

So as crazy as it sounds to most people, he and his family put a visualization practice in action. Almost every day, they would drive up to the house’s driveway, park, and act as if the house was theirs.

He would wave hello to his family as if he were coming home from work, they would plan where furniture would go, and they would sit on the back deck to look at the horse enclosure and imagine their horse living with them again, instead of being boarded at the stable nearby.

He then read The Success Principles and his conviction level skyrocketed. He felt truly on track for success. After paying to have the house inspected before its second auction, he no longer felt anxious and obsessed. He was calm and at peace, knowing he was doing everything absolutely possible to get the house.

Then what do you know?

The higher bid fell through again and the bank called if he could raise his price by $15,000. Daniel stood by his bid saying that’s the price that’s right for his family. A few days later, he received a call that the bank verbally accepted his offer!

The Law of Attraction and Sharon

Sharon immediately became a believer of The Law of Attraction after watching The Secret while eating pizza, and hearing about my story of placing a $100,000 check of the money I wanted to manifest within 12 months above my bed.

She put out into the universe that the next time she would eat pizza, it would be at 1pm at Venice, Italy on May 1st, her birthday.

She really loved pizza, so you can imagine how much of a big sacrifice that was!

She started telling everyone about her request, not caring if people thought she was crazy because she knew it was going to happen. She built a vision board of the canals of Venice and printed out a photo from the hotel she wanted to stay at of a window overlooking a terrace and a canal.

In January of the year she set out to go to Venice, someone she had met earlier and heard of her request, offered to give her a ticket to Venice with no strings attached. Then after learning the hotel she wanted was booked for a conference, she believed the universe would deliver and called back two weeks later to find a room available. Turns out, it was the room where the exact picture on her vision board was taken.

You Need to Take Action

I hope you feel empowered by these stories. In order to unleash the full power of the Law of Attraction like in these stories, you need to take action.

The Law of Attraction doesn’t work by just sitting there and wishing for these things to come to you. So I want you to just start by creating a detailed list of every step you’ll need to take to achieve your goals. I guarantee this will make it easier to move into action. To hold you more accountable, feel free to share your action plan with me in the comments.