Happily Ever After: How I Learned to Make Everything Positive 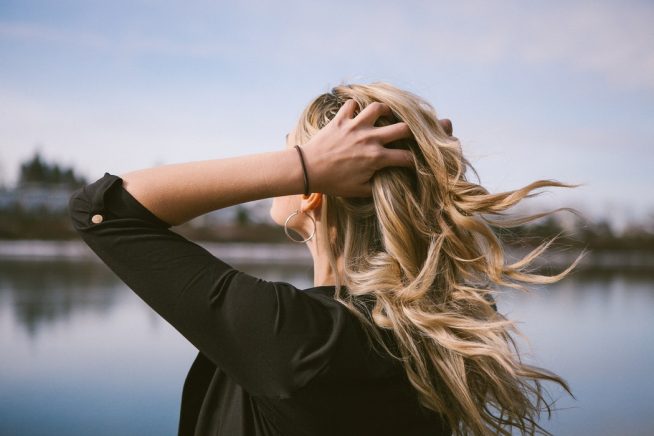 Crisply pressed business suit, report in hand and waiting calmly, I was ready. This performance review I was quietly proud of my accomplishments that year – with a new baby, I’d worked hard to not miss a beat.

Then he punched me right in the gut.

“We’re looking at only two stats. Yours don’t measure up; you’re failing.”

My heart sank, landing in the pit of my stomach where it stayed for the next four hours of the review while I faked a plastered smile.

I didn’t actually lose my job that day but that probably would have been easier than what came next.

His answer was to change my position, requiring my family to physically move a few months later and meant that I had to put my young daughter in childcare. Neither of us were ready for that.

Because my job provided a fully-furnished home (including utilities) and cars to drive (including gas and insurance) and my husband worked for the same company…we were trapped.

Our take-home pay was based on those non-cash benefits, so there wasn’t really any extra money to rent a new place and get cars, even if we could find other jobs.

Going from Bad to Worse

In our new positions, we were no longer directors like we’d been before, and the directors overseeing us were horrid. Their behavior was demeaning, at best, and downright abusive at its worst.

I was having panic attacks because of the anxiety around putting my daughter in childcare and leaving her for the first time, and my husband was concerned that I was suicidal because I was depressed and crying hours a day.

Finally, we met with our boss (the one who said we were failures) to express the struggle we were having, and we were told that we were a burden to the organization and “parents don’t stay home with their kids anymore.”

With a smirk, he asked what we would possibly do if we didn’t work for the organization.

Sometimes when I talk about all the perks – the house, cars, utilities, gas, insurance – all that being paid for, the idea of that kind of security actually sounds really good.

And it was, until we didn’t fit the mold, started thinking for ourselves, and our lives became a living hell.

I sent a text to my sister that simply read, “there’s no hope,” then I sat down and cried.

The transition to daycare was rough, to say the least. My daughter did fine while she was there, but every night she’d cry for hours going to sleep, wanting more time with me.

A few weeks of that routine and something in me just snapped.

I had to get serious. The only one that was going to change the situation was ME.

That’s when I started Googling work from home options for hours every night.

I started taking online classes to learn the skills I’d need to have an online business.

About this time, we learned that my husband could qualify for early retirement with his 25 years of service. I was tirelessly working on growing my online business, and we put in for his retirement. Our escape seemed so close…

Denied. All those years and…nothing. The early retirement policy had been changed eight months earlier.

So, our option was work 21 more years in order to get retirement or walk with nothing.

I absolutely would not be deterred. By this point I was angry at first, but it honestly didn’t surprise me.

What did surprise me, however, was that even though we were still in the same crappy circumstance, I was changing. I actually was happier than I’d ever remembered being.

As a result of pursuing entrepreneurship, I started reading books and listening to podcasts on personal development.

A few months in I had this lightbulb moment. Suddenly I realized that I was giving my boss way too much power over me. That ended that day.

Instead of feeling sorry for myself and being a victim, I consciously decided that everything that happened in my life was FOR me not TO me.

My boss didn’t do this to me, he did it for me. Changing my perspective this radically suddenly made me grateful for being told I was a failure, because without that, I never would have started my personal development journey.

At the same time, I embraced the belief that “everything always happens for my highest good in divine timing.”

Changing these two core beliefs shifted my perspective on so much of my life – past, present, and future.

I experienced the most joy and peace that I ever had…before anything in our circumstance changed.

If I could have made it happen any faster, I would have, but as it turns out 18 months ended up being the perfect amount of time to grow before finally getting the break we needed.

With Herculean effort and a giant leap of faith, we resigned and rebuilt our lives in a span of two weeks.

I still look back in amazement at how it all unfolded so perfectly and so fast.

But more importantly, I look back at who I became in the process, and I am so grateful. I’ve never been happier, not because I finally got out of that stressful situation, but because I learned to embrace love, gratitude, and forgiveness in new ways. I learned how changing my mindset about almost everything absolutely transformed my life.

Learning to live as though everything was for me and happening for my good has enabled me to build the life of my dreams and challenge what’s possible.

How would your life change if you took one “bad” thing (challenge/trial/obstacle) and chose to see it for your good?

Dawn Apuan is a business and mindset coach for moms, author, and motivational speaker. Former pastor and non-profit Executive Director, her mission is to empower moms to stay home to raise their kids by providing the tools and support to build an online business with dependable income. Grab a free copy of “How to Make Memories and Money at Home” at www.dawnapuan.com/recipe to learn how to start your own service-based business.