How to Listen to Your Anger 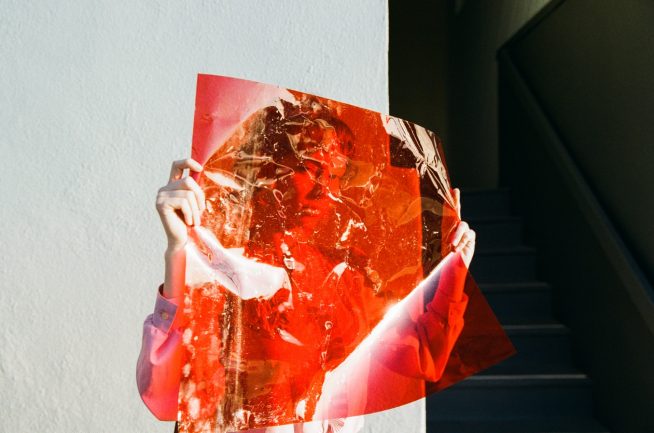 For years, I was known in my friend group as “the calm one.”

I took this label as a compliment because it meant I was stable. I could handle stress well. I could use a well-modulated voice and carefully chosen words in a conflict. I could articulate rather than emote.

I felt these were worthy accomplishments and signs of superiority — clear indications that I wasn’t a weak, emotional creature, but a strong, stable, mature, logical person.

I carried this idea of myself for years (years!) until a small incident broke it open — and broke me down.

We were on the beach. My oldest daughter, 10 at the time, was coming out of the water. She was hopping and playing in the surf when a dog ran up, jumped at her, and bit her on the ankle. It wasn’t a bad bite; it didn’t even break the skin. She was physically fine, but she was scared.

I was sitting a few yards away on the sand and saw it all happen. I ran to her, grabbed the dog by the collar, and looked around for the owner.

I yelled, “Whose dog is this?”

There were plenty of people on the beach, but no one was willing to claim the dog. I gave up and shooed the dog away, then went to comfort my daughter, telling her that it’s okay and it’s not a big deal.

As it turns out, being able to consistently stifle your anger is not a sign that you’re emotionally healthy.

But the feeling I had grew and grew. It was a feeling I couldn’t quite name until it burst into my face with its red and orange flares and screaming voice and insistent crackling tension: anger.

As the anger rolled and boiled, other memories clawed their way to the surface, demanding to be heard and seen for what they were: situations in which I felt helpless, unheard, ignored, diminished, and shut down.

Those situations flooding my memory broke me open. What broke me down, though, were the corresponding moments that flooded in with them: the moments when, instead of standing up for myself, making my voice heard, demanding respect, operating in power, and expressing my emotions and needs, I shut myself down.

In every one of those situations, I told myself those smooth, sinuous, debilitating words: “It’s okay. It’s not a big deal.”

It’s helpful to control your words when you’re angry, so you can communicate the cause of your distress without insulting someone. When I see grown people cursing and insulting each other over, say, a fender bender, I think, “More restraint would be good here.” When I hear a parent belittle their child over a simple mistake, same story: More restraint would be good in these situations.

Sometimes, however, this restraint is not so good. If you’re unable to express valid anger over injustice, injury, insulting treatment, or behavior that you don’t appreciate, you set yourself up for a repeat of that behavior.

No, it’s not your fault that people behave badly — but people do behave badly, or, more often, carelessly. If they carelessly step on your toes or stomp on your soul, it’s up to you to say, “Hey, don’t do that. I don’t like it. I won’t accept it.”

Anger is there to help you speak up on your own behalf. If you ignore the anger — stuff it down, stifle it, and never express it — the most likely result is that the person will continue the same type of behavior. Maybe they don’t even know it hurt you. Maybe they know but don’t really care. Either way, you keep getting stomped on.

There are a couple of ways this situation can play out.

The person isn’t someone close to you, so you fade out and avoid them, and in that way, you avoid the behavior that hurt you without ever having to express your anger about it.

Sometimes this is the easiest, most logical scenario.

The person is someone close to you — someone you care about — and their repetitive bad behavior bothers you and hurts you, but you don’t know how to express your anger about it, so you just stuff it.

Stuffing it does nothing to solve or alleviate the anger, so the anger just gets packed down, smushed in, and pressurized. Soon, it becomes a super sized steel tank of super condensed anger under very high pressure, and at some point, that tank will not be able to hold anything else. It won’t boil over; it will explode. And it will not be pretty.

Anger itself is not a problem. Nope. Anger is often connected to unpleasant outbursts, yelling and screaming and cursing at people, heated arguments, fights, verbal and physical conflicts, abuse, and violence.

But anger is not the problem.

Anger is a feeling. It is not bad; it is not good. It just is. Anger is a feeling, and a feeling is a message. Physical pain is a feeling: It bears a message to you about some sort of physical damage happening to your body. It’s telling you to stop doing or allowing what’s causing the pain. It’s helping you protect yourself from harm.

Emotional pain (anger, in this case) is a message as well. It’s there to warn you about some sort of emotional, mental, psychic, or spiritual damage happening to you. Whether the damage is perceived or real doesn’t matter. The message is there, telling you, “Wake up! Pay attention! Check it out! Make it stop!”

The anger that doesn’t get to be, and act, and solve, and express, becomes something much darker than anger: It becomes a sickness, a poison.

If you check it out and determine that there’s no damage, cool. Sometimes fear provokes anger to get us to act. Sometimes a close look at anger will tell us that we’re actually feeling scared, and the best thing to do is let go of the anger and deal with the source of fear.

Unexpressed anger is a time bomb.

When anger — especially a whole lot of anger occurring over a long period of time — isn’t expressed, it doesn’t go away. It compresses.

The anger that doesn’t get to be, and act, and solve, and express, becomes something much darker than anger: It becomes a sickness, a poison. It’s bad for you, the person holding it in.

That’s because of the super sized steel tank you’ve put around your pressurized anger. It’s big and impenetrable and it takes up a lot of internal space and people go clanging around in there, trying to be friends and connect, and suddenly they get this rock-hard, cold, metallic response from you.

At other times, they’ll get a completely over-the-top sensitive reaction from you. That’s because all your other emotions — joy, grief, wonder, appreciation, insecurity, disgust, and so on — are now smushed uncomfortably into tiny little spaces around your big anger tank. They get squished and pressurized, too.

Anger is energy with a message, and there’s only way to deal with it: Stop and listen to the message.

One of those emotions gets a random poke and it fizzes up and bursts out all over, and you’re just left standing at the zoo, sobbing uncontrollably because of the beauty of the pandas, and you don’t know why.

Or you’re inexplicably, deeply, horribly wounded by a friend’s comment: “Maybe we shouldn’t go to the zoo. It was a little… tricky… last time.”

And you spend days crying, hiding in your room, living on peanut butter-filled pretzels, because you can’t stop thinking about the implications of every single word and your friendship and the animals and what does “tricky” even mean and who even says that? It keeps on going until you manage to pull yourself together. Chronic overthinking is often a sign of unheard, ignored, stuffed-in anger.

But it won’t. And you don’t want it to. Because that anger is there for you. It is about you. It presents as being about other people and other people’s behavior, because we’re comfortable that way. Anger will masquerade however it must to get your attention.

Anger is energy with a message, and there’s only one way to deal with it: Stop and listen to the message.

Once you listen to the message, you can decide what to do with the energy.

If the message is, “You’re allowing yourself to be mistreated,” then your energy can help you set boundaries.

If the message is, “You’re afraid of being ignored,” then you can use your energy to speak up for yourself, to make sure your voice is heard.

The message will tell you where the energy needs to go.

When you use the energy of anger without first listening to the message, you’re likely to misdirect. Have you ever yelled at your partner when you know, deep down, you’re really mad at your boss? Have you ever blown up over some tiny, uncontrollable incident — someone cuts you off in traffic — when you know, deep down, you’re a raging lava vat of fear and anger because your mom has cancer, or you didn’t get the scholarship, or your kid is in trouble, or your partner doesn’t listen?

Ignoring the message and misdirecting the energy will make you feel better for a moment, but it will not solve the problem. It will not get you to the cause. Ultimately, it will not resolve your anger.

The anger will return with its message, over and over, until you listen.

Anger is there to serve you. It is a messenger of truth. It might be painful to listen. The message might knock you over, break you open, and break you down. But it’s the way forward.

Come on. Let’s go together.

Annie Mueller is a writer, reader, seeker of growth, and transplant to Puerto Rico, where she lives with her best friend and their four children. Her crash course in self-discovery came from experiencing job loss, financial devastation, Hurricane Maria and its aftermath, and major surgery—all in less than a year. She writes about creativity, personal growth, and spirituality; runs Prolifica, a content management consultancy for small teams and solo professionals; and sends out a popular weekly newsletter about feelings and freelancing. You can find more of her work on her website.