A Grateful Ode to My Narcissistic Ex 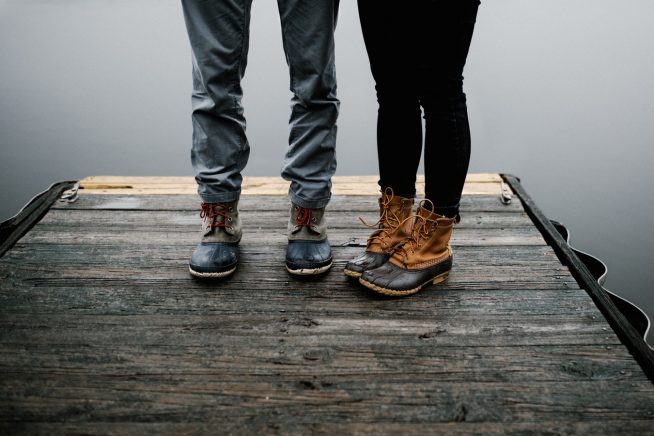 We have all had that ‘someone’ who crushed everything that we thought we knew inside us, the one who “made us” feel extra special though we were getting blinded time and again, the one who was sporadically in and out of our life, the one who cleverly made us lose ourselves when it was finally all over.

We love calling those people narcissists because they have been so full of themselves, self-seeking and egoistic simply because the most important chapter of our life didn’t end as we expected and desired because we remember how they treated us.

We always put the blame on them for hurting us and never asked ourselves: what was our role in the story?

I’m not saying that someone’s broken heart is not validated. All of our feelings are always authenticated, whether or not they are legit and acceptable to others. I am just saying that I know the feeling because I’ve been in the same shoes. Yes, I have been in a relationship with someone for almost eight years, placed him on a pedestal and that ended two and a half years ago.

During those eight years, I was miserable most of the time, because I thought he would finally choose me one day or the other. I had no confidence and I would feed off his attention whenever he gave it to me (during sex most of the time). I thought the mind games would stop someday. We would end up actually being together. I would grow tired of my sad state, escape and come back months later in search of his validation of myself, missing the amazing sex and the jokes we shared.

When we would start seeing each other again, it would be like it always was and it would end like it always did. Then, one day I came to know that I was pregnant. But he didn’t show up as the dad, every little girl deserves. That was no surprise to me…

The last time we spoke, I was growing tired of begging him (for the millionth time) to care about me, to come and see me, to spare out time for me, from his busy schedule. One fine day, I decided to stop chasing him for attention. I said to myself: “If he wants to see me, he’ll come after me” and that was the last time we spoke because he never did come after me. I did try to reach out to him, a few times this year since our daughter keeps asking for her father…but that has not happened until now. We never said goodbye nor have I ever had any kind of closure.

After that, I was hurting for almost a year, so I decided to go on a self-love journey. Since then, I’ve discovered my power and that is just the beginning. I started to go back on the relationship to see what I could learn from it. I learned so much in the past two and a half years and thought of sharing my deepest insights which might be eye-opening for those who have gone through such heartbreaks or abusive relationships.

Being Victim to the Victim mentality

We never realize that we develop victim mentality when we are in a one-sided relationship. Having such a mentality for quite a long time never benefited me. I would blame others (especially my mother) for anything and everything that wasn’t going well in my life. I lived with mom (moving out this summer!) because she made me believe that I needed her all of my life. I was totally dependent on her because I didn’t believe I could make it on my own. I blamed my mother for my lack of self-confidence or my very poor money management skills, instead of thinking that I wasn’t the one taking responsibility for my expenses (started taking responsibility a few months back). I would also think that I had to have a boyfriend to validate me – instead of thinking that I would have to work on myself, to attract better people (I’ve been single for almost all of those two and a half years). My last failed relationship just taught me what I had to work on more and come to terms with reality as my whole perspective on relationships had changed. I finally realized that I was not a victim and that kind of thinking was only creating hindrance in my growth.

So every time you catch yourself blaming others or not taking responsibility for your actions, let go, forgive yourself and accept your situation since you are the one who attracted it to you.

Every situation that ever happened to you or every person in your reality, were attracted by you, knowingly or unknowingly. You attracted these situations and people because they were going to be the cause of your catapulting yourself into being the best version of yourself yet.  We are here to learn and grow, to find our own divine powers and to share them with the world. The “easiest” way for us to learn is from our mistakes (which aren’t actually because they were meant to be) and from the pain caused. This is the “best” way for us to remember who we truly are and finally find our way back to ourselves. So whenever you feel, something or someone is too much for you to handle, look out for that lesson behind that pain that will make you become the best version of yourself yet.

Everything happens for a reason

Everything that happens to you happens for you and you have to find out that reason. If something was not meant to happen, it wouldn’t. See the situation for what it is, don’t overthink it because you and I both know how far that can go. Be still. Take a deep breath and look for your answers within yourself, your inner guidance is all you need. So now, you’ve accepted that everything happens for a reason… What was the reason for that relationship? What did you get out of it? Why did it happen to you? What was the role of the other person in teaching you about yourself? What are the traits of that person that you disliked/hated? Are any of those traits inside you that sound similar to those you don’t like in the other person? Why don’t you like them? What can you do to change them? That is the easiest way to analyze and learn from experiences, relationships or people that hurt you. When you question everything and why it happened; you own your right to learn from it, move on and grow in life. So stop the blame game, own the responsibility, be brave and honest, face it and resolve it because anything that happened to you is because you let it happen.

Nobody can take your power unless you let them

I’ve got physically abused when I was younger by my first boyfriend. I’ve got cheated on many times (don’t get me wrong, I wasn’t a saint either). I’ve been physically hurt and manipulated, and it happened because I’ve let it happen. I never stood up for myself because I never thought I was worth it. I thought it was normal to get treated those ways because I thought that’s what I deserved. I never thought that I should deserve more, because who was I to think that way? Lack of self-love and self-esteem were definitely the causes of me, accepting to get treated in those ways. But that doesn’t validate the fact that it wasn’t my fault. It was my responsibility to learn to know and to love myself (and those situations were definitely there to teach me that). Now I realize that the only way to get respect is to command and earn it by boosting up my self-respect. The only way to get true love is to have real self-love. And the only way to not let anyone play with my emotions is to have boundaries, to set them, to respect them and to leave when others try to cross those set boundaries. So anyone that surrounds you now can know that you’re a powerful being (with boundaries).

The most important thing I learned after that eight-year long “relationship” is that I was powerful. I went through all of that and I still laughed, I still let myself feel through all of my emotions, I still believed in love, I still was open to learning from pain, I was not scared (nor scarred) of going through pain anymore because I already did and I could do it again and again. I now know that I was responsible for everything that ever happened in my life and it was time to consciously attract what I wanted. I learned how to be in the present moment, how to accept things as they were, how to learn from my pain and what I wanted in my future. I am not looking for the love I craved for so much in the past; I have enough love for myself now. I am not scared to be alone / single anymore because I know I have my own identity and I thank my narcissistic ex-boyfriend for driving myself back home, to myself. You have been over so much; it is time for you to see your own worth. You are a powerful being, my friend, so be honest and brave enough to own it.

I hope these tips will help you get through whatever situation you think, weakened you, and destroyed you. I hope you see now that destruction for what it really is – a rebirth into the bigger, better, and more powerful version of yourself.

I would love for you to share your stories with me and tell me how you grew out of any undesirable phases of your life.

Marsha Jean has been a spirituality addict since her awakening seven years ago. She is always eager to show people their own Divinity by teaching them that they can be their own coach and teach themselves personal and spiritual development. She is always dishing out goodies on Instagram to help others in their growth, go check her out!