Do You Agree That These “Patterns” Make Places Beautiful and Comfortable? 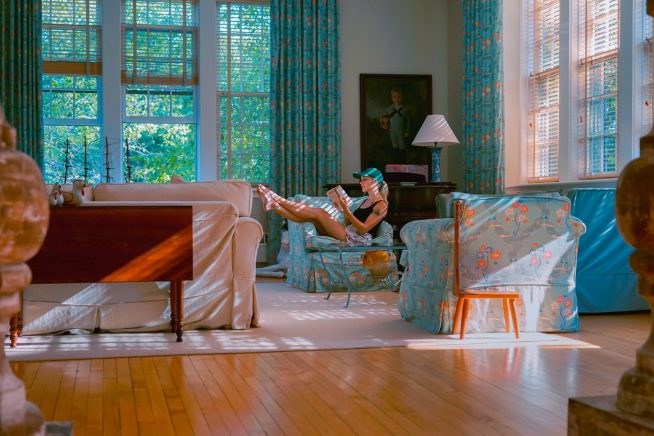 Few books have made such an impression on me and the way that I think. Christopher Alexander’s brilliant, strange book, A Pattern Language sets forth an archetypal “language” of 253 patterns that make the design of towns, buildings, and–most interesting to me–homes the most pleasing.

This book doesn’t need to be read from front to back; I often just flip through it and study the parts that resonate with me–and look at the pictures, too, of course.

I’m a very text-centric person, and not very visual, and this book helped me to identify the elements about spaces that I like, or don’t like. I’m able to see the world in a new way, and as a consequence, I’ve been able to do some things differently in my own space, to make it more enjoyable.

Here’s a list of some of the “patterns” that I love most–and I even love the aptness of the phrases used to describe them:

Half-hidden garden–this is an example of something that I love but just can’t put into practice in New York City, alas.

Sleeping to the east–after my parents moved to a new place, they both remarked, independently, how much they enjoyed having a bedroom that faced east.

A room of one’s own–yes!

Six foot balcony–this pattern explained something that had always puzzled me: why people in New York City apartment buildings seemed so rarely to use their balconies. It turns out that when a balcony is too narrow, people don’t feel comfortable on it. It needs to be at least six feet deep.

Windows overlooking life–our apartment has good light, which I’m so thankful for, but we can’t look down on any street scenes, just the sides of buildings; it’s surprising how much we miss being able to overlook life.

Sitting circle–odd to me how many people place their furniture in ways that don’t make for comfortable conversation.

Ceiling height variety–I was astonished to notice how much more I enjoy places that have ceilings at different heights.

Things from your life–in Happier at Home, I “cultivated a shrine” to my passion for children’s literature, as a way to make a special place for certain things from my life (for instance, my old copies of Cricket magazine, my complete set of The Wizard of Oz books, my mother’s old copy of Little Women, my Gryffindor banner that a friend brought me from the Harry Potter Theme Park.

Child caves–so true that children love to play in small, low places. My sister had the “Cozy Club” with a friend, and my younger daughter now plays in an odd little space she has decorated.

Secret place–ah, this is my favorite. Again, as I write about in Happier at Home, I was inspired to create my own secret places in our apartment. I couldn’t stop with just one. As Alexander writes, “Where can the need for concealment be expressed; the need to hide; the need for something precious to be lost, and then revealed?”

How about you? Have you identified some “patterns” in the design of the places you love?