What Would You Bid for This Moment? 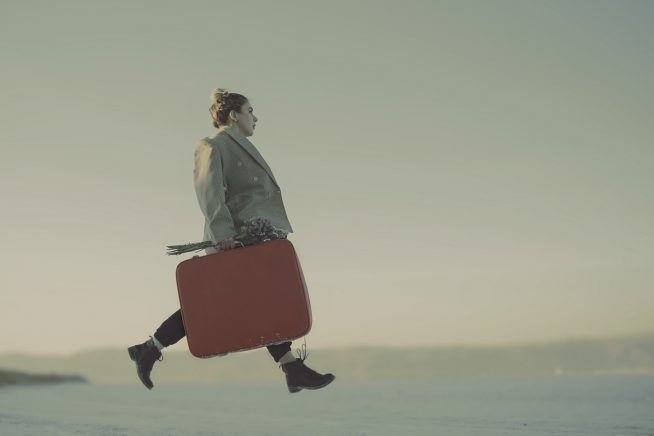 The only thing I know is that he froze to death.

In 2014 his electricity was turned off and he never had it turned on again. Nobody knows why.

He died from freezing to death in his $10 million home on the Upper East Side in January of 2018.

His parents were the rich founders of furniture and design company, Knoll Associates. His father came to America to escape the Nazis and created a furniture empire.

Peter Knoll, until the day he was found frozen at age 75, probably never had to work a day in his life.

He was a collector. He once bought an Aston-Martin on a whim. He collected Rolexes, Picassos, all sorts of jewelry, furniture, artwork, millions of dollars of collectibles that probably sat in his dark townhouse while he shivered over them.

How do I know? I saw them all yesterday.

My friend called me. “Let’s go to an auction.”

All of Peter Knoll’s belongings were for sale.

He had left his $10 million home to a boarding school he had attended in the 1950s. His children, who got basically nothing, were fighting it in court.

They lived in Florida. He froze to death by himself in NYC. They found the body several days later.

That could be you and me someday. Nobody knows. It could be the guy I pass on the street.

We went to the auction. I figured Knoll was an expert collector for decades.

So he knew things about value. He knew about art. He knew the world. And the people who showed up would also know. I would watch them and maybe learn.

You can learn about value by always standing next to the people smarter than you. Every object, every moment in time, has value.

When I argue, I just bid too much for that moment. When I hope for better, I borrow against the future to bid for that moment, because the present has no value.

Everyone seemed to know each other at the auction. I felt shy and out of place. My friend was going through the catalog and circling things.

I sat next to two people. One of them was saying, “Toys don’t go for a lot. And neither does weaponry.”

“We know someone who wants a whale harpoon,” said the other guy. “So we’re aiming for that and we’re going to split the profits.”

“What about the six shot Dumonthier knife pistol?” “Nah”.

I moved a few rows down. A man and a woman were talking.

“What would you pay for that first Rolex Oyster?”

I wanted to play too.

“Do you think that was good?”

I said I didn’t know anything about silverware but the description said it had 15 oz of silver so that would be at least $225 for the silver alone. On eBay, the same brand and year for that set was going for $720.

I went downstairs. There were stalls for people selling antiques. There was an espresso bar where old men and women were looking at catalogs with magnifying classes.

I spoke to a guy who sells typewriters and phones. Not smartphones. Dumb phones. Phones like I had when I was a 10 years old, whispering what girl I had a crush on so my parents wouldn’t hear.

“How much if I buy one phone?”

“$125. Katie Holmes’ little girl was just in here and wanted this yellow phone. But Katie didn’t buy it for her.”

These were fragments of memory for sale. The real stories forgotten.

I’m a collection of Big Data. A bag of Likes, Comments, Follows, Interests. Then ads that predict what I want.

But Peter Knoll knew what he wanted.

For 50 years he developed his tastes. The sterling silver snake handles trophy cup presented by Colby Rasmus for a “world cup”. The Peter Max painting. The whale harpoon.

And then he froze to death. Leaving all his money to a place he spent some time 60 years earlier.

What sentimental thoughts whispered to him from that distant memory? Is he trapped in an eternal looping memory of that time? In whatever heaven he slipped into?

My friend bought some antique china and more silverware. I bid on the Picasso and, following my neighbor’s advice, I lost.

I went home. My daughter was coughing. I got her some cough medicine and hugged her.