Do I Even Know You? 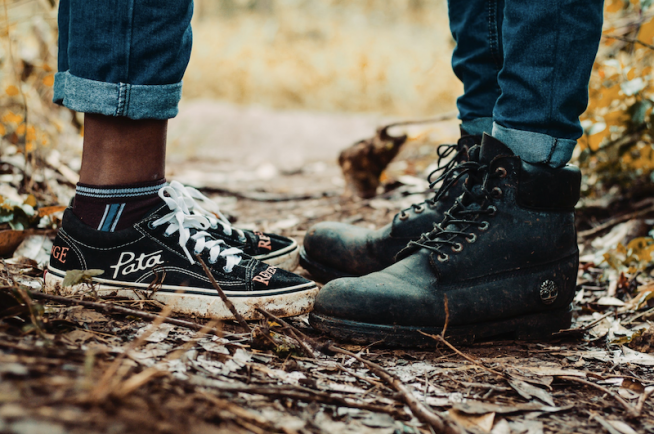 I first came to Handel Group as a client. I needed some work. But, mind you, not for me…for my spouse.

Hard as I tried, after ten years of marriage, my husband still sucked at communication and intimacy. And if I didn’t do something about it, I don’t think the marriage would have lasted. I had to blow the whistle, call a timeout, wave the flag…you know, whatever it is you do to bench the sport-loving jock type of human.

You know the kind.

After all those years, you’d think I’d know the kind, right? Wrong. Here’s what I thought I knew:

Theory #1: Since my husband is a jock, he wasn’t interested in emotional depth with me.

Just because you think you know someone doesn’t mean you’re communicating. Even though my justification for why my needs were not getting met seems crazy to me today, at the time I was convinced that the “jock theory” was true.

Better yet, so were my friends.

Sure, it’s true my husband likes to play and watch sports, but that wasn’t the reason my needs were unmet! Interestingly, I had never brought the theory up with him, asked him, or addressed it. I had been gossiping to my friends, but never to the person involved!! Whaaa? How counter-purpose could I be, pretending I was trying hard to fix the relationship?

Coaching had me address all my negative theories and go check them with reality, not my gossip circle! Turns out, when I finally did discuss it with my husband, I was totally wrong.

Better yet, the truth for him was that he thought I was a pretty bad listener and interrupted way too often. He thought I wasn’t interested in what HE had to say, so he stopped trying to talk much at all! Modeled after some other relationships I had where talking over each other felt playful, I thought my interrupting was at least sometimes helping him make his point more quickly. It was doing the opposite, making him feel disregarded.

I misunderstood his silence completely.

He wanted to tell me things, but only if I could listen to what he had to say, all the way to the end. ACTUALLY asking, listening, and then knowing what he really thought about our communication style made for an easy fix:

That one change – changed EVERYTHING. The more I listened, the more he talked. And the more he talked, the more I wanted to listen! That intimacy and connection was there all along for the taking. It’s just that I was blocking it. To this day I still have the “no interrupting” promise and if I break it I have to do one of my husband’s chores. It’s not always easy to keep my mouth shut, but I love the challenge of it and the promise and the consequence help me be the kind of partner I want to be.

Theory #2: My husband was too nice.

When I was getting to know my husband, I only noticed his generosity towards me, and of course, THAT I liked! As our relationship got more comfortable, I started to notice his generosity towards others as well. I was threatened by it. Selfishly, I thought he had a finite amount to give and I deserved a bigger share, and sometimes, ALL of it.

I’ll never forget the huge blow out we had when – brace yourself –  he gave some muffins gifted to us by a neighbor to a homeless person. I flipped my lid! How dare he? It took me competing for food (muffins, which I don’t even eat!) with a homeless person to get the message – the world does not revolve around me! It was upsetting to realize how self-centered I was being and how intolerant I had become of the very thing that attracted me to my husband to begin with.

This was an amazing reset for us. I was reminded that a person can’t just turn off their generosity, and I wouldn’t want them to. In fact, subconsciously, I think I chose this man so he could teach me to be more like him.

I used to tell myself, “if he really loved me, he’d know what I was thinking and what I needed.” That made sense to me, even though sometimes I myself didn’t know what I needed. Not to mention how often I could change my mind! Meanwhile, in his world, he’d hear me complain about something and seek to fix it with a physical action. That was right maybe 50% of the time…the other 50% of the time I probably just wanted to vent and be heard.

It was as if I was asking to be “paid” in rupees and all be had in his wallet were rubles. Once again, this was never discussed and, even though it was the same fight over and over, every argument seemed like new material. The theory “he didn’t love me right” festered and grew into fact, until coaching made me break it all down and, yes, discuss it with HIM.

Turns out he does love me, and wants me to know it, but he needed some more guidance as to when I just needed him to listen, to solve, or to take action.

And guess what else?

No surprise here: It wasn’t like I was paying attention to how he wanted to be shown love either! Turns out, he likes when I do stuff for him. He shows love the same way he likes to receive it. Just because that’s different from how I do it doesn’t make it wrong. Instead of rolling my eyes when my husband brings me some tea that I didn’t ask for, I can FEEL the love! And get the hint about what he likes. I now bring him breakfast most mornings and he is so grateful.

When love is in early bloom, we naturally think all types of affection are charming and we practice a wide variety of offerings ourselves. But over time, we stop doing the work to meet needs and to give in the other one’s preferred currency. We get comfortable and do what’s comfortable and then blame our “low balance” on the other person. We punish instead of communicate and design ways to get our needs met. We fight about fairness instead of learning, or sometimes re-learning, to love in each other’s currency.

“He doesn’t love me” was a bad theory, my interpretation based on my bias, but not the truth.

The truth set me free!

When I lived in the state of these bad theories about my husband, there was no clear path to intimacy and connection. I condemned myself to feeling unloved and justified being unloving. Flipping them around and finding better theories helped tremendously. These are the ones I still live by to this day (26 years in!)

We humans tend to prove our theories, not question them…even if they make us miserable. Unfortunately, in the name of accuracy about our beliefs, we sell out on intimacy and growth.

What you choose to believe, you prove true again and again! So question it, ask the other person (imagine that!) about it, and choose again! @HGLifeCoaching (Click to Tweet!)

Turns out, the jock was on me. I was the problem. Whew.

P.S. Download The Art of Being Honest, our time-tested coaching tool, and learn to have tough conversations with wisdom and grace!