How to Write 12 Books This Year 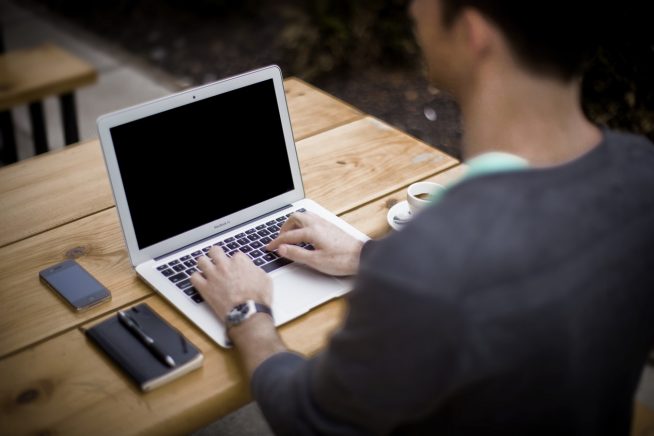 Mark wanted to be a writer. He read James Joyce and could quote Thomas Pynchon. He had a beard. He wanted to write “The Great American Novel.”

And Maria loved him and I was jealous.

So in 1990 I started writing every single day and haven’t stopped since.

I thought I had to write a great literary novel to get a girlfriend.

So I read hundreds of literary novels. I started writing every day. I got thrown out of graduate school because I stopped attending classes.

I took jobs that had flexible hours so I could spend most of the day writing.

I wrote four novels and dozens of short stories. I even printed up a small little book of my short stories and sold them in local bookstores for 25 cents.

But mostly I got rejected. Hundreds and hundreds of rejections. Nothing got published.

29 years later I’m still learning about being a good writer.

I should’ve started by doing EXACTLY what I am about to tell you to do. I wish I had known this then.

And maybe one day I’ll write a novel.

In 2002, I would walk for hours in the middle of the night. I was too depressed and anxious to sleep.

Every time I had a “solution” to my problems, my anxious brain would find more problems.

I got a waiter’s pad and I sat in a cafe and I wrote at the top of the page:

BOOK IDEA: “How to Beat Your Friends and Family at Every Game in the Universe”

I wrote down 10 games (chess, checkers, poker, Scrabble, Monopoly, hearts, etc) and then listed three simple tricks for each game so you can beat all of your friends and family.

For instance, in Scrabble, everyone thinks good vocabulary is the key. It’s not.

If you know those three items, you’ll beat every casual player 100% of the time. You will be the most hated person at Thanksgiving, which is always my goal.

I never wrote the book. I wrote other things.

Write ten new things about that area each day that are critical for understanding it better.

Each item should surprise you. As in, “I wish someone had told me this 10 years ago.”

“I did not know that!” is the ideal response for each item on your list.

When you have 101 items, you have a first draft of a book.

“101 THINGS YOU NEED TO KNOW ABOUT ENTREPRENEURSHIP”

1) The average millionaire has five different sources of income according to the IRS.

2) Only 30% of startups fail (as opposed to the often quoted 90%), according to the Small Business Administration.

For each item, write a paragraph or two explaining it in more detail and telling a story.

“101 SECRETS THE U.S. GOVERNMENT IS KEEPING FROM YOU”

1) If you’re in NYC and afraid of a terrorist attack, stay at the Waldorf Astoria. Presidents usually stay there because below the ground floor is an exit to Track 61 — a secret train track that takes you to Grand Central and allows you to quickly get out of NYC.

Why a number? The dreaded listicle?

Listicles have been popular ever since a random Middle Easterner wrote a blog post called “The 10 Commandments” in 1500 BC.

And then another blogger wrote for his meet-up group “The 4 Noble Truths” in 300 BC.

And then a priest named Martin Luther wrote “95 Theses” in 1517 and it went viral with over a billion views.

Some recent books that are among my favorites:

1) Feeling that mid-day stress? Say a long “eeeeee” for a minute. This contorts the facial muscles around the mouth the same way a smile does.

Much research shows that actions precede emotions. And that smiling (or fake smiling) actually makes you happier.

HOW TO WRITE AND PUBLISH YOUR 101 BOOK IN A MONTH

Boom! You have a published book.

“101 SMALL HABITS WILL BRING YOU SUCCESS”

1) Take a cold shower. Cold showers shock the body, inducing deep breathing first thing in the morning, which increases alertness throughout the day.

2) Look at rooftops while you walk — it’s meditative, reduces smartphone use (which creates anxiety), and helps you to find the hidden beauty in your city.

My only number book, “40 Alternatives to College,” was actually No. 1 on Amazon under the category “College Education” for a few months after it was published.

I should do more number books.

“101 MAGIC TRICKS YOU CAN LEARN IN FIVE MINUTES”

You can test out the content (or book idea) by taking 10 points, writing up a little story around them, publishing on LinkedIn or Medium, and gauging the response.

Pick the book idea that has the most engagement.

And remember to write a story around the list items. Stories sell. Not numbers or facts.

Moses had to rain down frogs, kill everyone’s firstborn, and part the Red Sea before we paid attention to his invention of the first tablet that connected to the cloud.

Moses had a story.

“HOW TO WIN AT MONOPOLY”

Buy, trade, do whatever you can to get the orange properties and build hotels on them. Buy the railroads.

Because the most common square to land on is Jail. The most common dice roll is seven. And those two things put you in the middle of the orange properties.

I never wrote that book.

Traditional games got less popular. In my local game store, chess, Scrabble, and Monopoly, are in the “Nostalgia” category.

But I love games. Probably the passion I’ve had that has lasted longer than any other passion in my life.

One day I’ll finish the book. Or start it. Or maybe I’ll just continue beating all my friends at every game.

Or losing to the friends who already know my tricks.

I tend to share too many of my secrets.