How I Taught My Teen to Be More Optimistic in Life 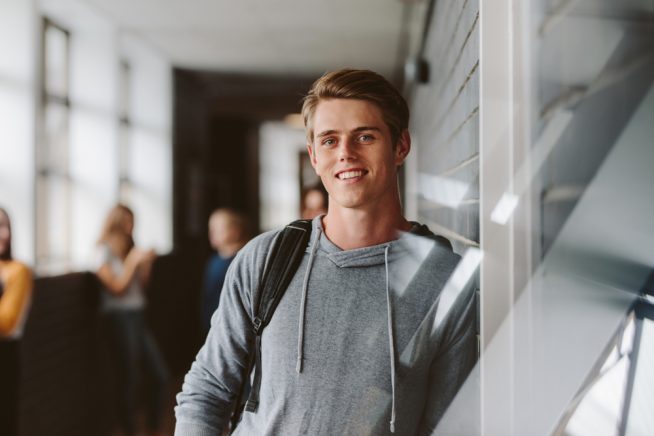 My teen son just loves playing basketball. I remember how excited he was to make his high school’s basketball team. For weeks it was the only thing he would talk about. He diligently prepared for his games and showed up for every practice session.

Then a few weeks before a major game against a rival school, he tore his ACL. Luckily surgery wasn’t required but the doctor recommended lots of rest, gave him some anti-inflammatory medicines and scheduled some therapeutic knee exercises. As long as my son took things easy for a while, his knee would mend just fine.

I thought that this was relatively good news but my teen didn’t share my thoughts. He was convinced that his days of playing basketball were over. He gradually became more and more pessimistic as the days went by. He never saw anything to be positive about and took up complaining as a hobby and nothing seemed to cheer him up, not even his healing knee.

Getting Back On A More Positive Path

Needless to say, my son’s gloomy attitude put a damper on the rest of the family’s spirits. Even worse, his pessimism led to several self-fulfilling prophecies further convincing him that his negativity was justified. I had to do something to get him to be more optimistic.

I wanted my son to go back to being the positive upbeat young man we all loved. I knew that being positive had a power all of its own and would help improve his life. Besides, research shows that optimists have a better quality of life, better mental health so they’re less likely to get depressed and they also get fewer illnesses. Additionally, they are more resilient and have better coping skills.

I wanted all of those for my son and set about teaching him to develop a sunny outlook on life. Here’s how I went about it:

After sustaining the ACL injury during routine practice, my son somehow became convinced he was a screw-up. I caught him talking negatively about himself several times followed inevitably by “Why does this always happen to me?”

The problem with negative self-talk is that the person believes it even if it isn’t true. To change my son’s behavior, I had to challenge him to reframe his thoughts. Instead of saying, “I knew I wouldn’t pass that test. I suck at Math”, he now said, “I didn’t pass that test but I’ll work extra hard to pass the next one.” This took him from being a victim to realizing he had the power to change things.

Reminding him he has the power to choose

Speaking of power, I taught my teen that he has the power to choose how to react to situations. He could either give up and become a victim or he could take responsibility and find ways to change whatever situation he found himself in. If the situation couldn’t be changed, he still had power over his attitude and his reaction to it.

As part of reframing his thoughts, I had my son keep a gratitude journal. I asked him to start listing things he was grateful for every day instead of whining all the time. He resisted at first (after all, which teen wants to do something that sounds so corny?), but he gave it a try. So every day before bed, he’d write something down and we’d talk about it. He had trouble getting started but he eventually caught on and even began looking forward to our father-son gratitude time, as he called it.

I encouraged him to take reasonable risks

While my son’s knee eventually healed, his confidence didn’t bounce back quite as well. He was reluctant to go back to basketball practice fearing that he’d embarrass himself by falling down or something. He was also wary of hurting himself again. To say the truth, I wanted to shield him as well. I didn’t want him getting hurt again either.

On the other hand, I remembered how happy he was playing basketball. It gave him real joy and I did not want to see him give it up. So I had to find a way to build his confidence. We started by setting up a hoop at home where he could practice. As soon as he gained confidence, I encouraged him to invite some of his friends over for a friendly match. Long story short, he eventually built up enough confidence to walk back onto the basketball court.

Raising optimistic kids is hard if they’re exposed to negativity right at home. In order to help my teen, I had to take a good long look at my habits. For starters, I had to do quit complaining and start modeling optimism. Next, my family came up with what we called the positivity game where we all tried seeing the positives whenever we encountered unfavorable situations. This way, we all improved our outlook on life.

Teaching my son to look on the bright side of things was challenging but we both learned to be better people in the process. These days, instead of assuming that things would go wrong, my teen son believes that things will eventually work out in the end.