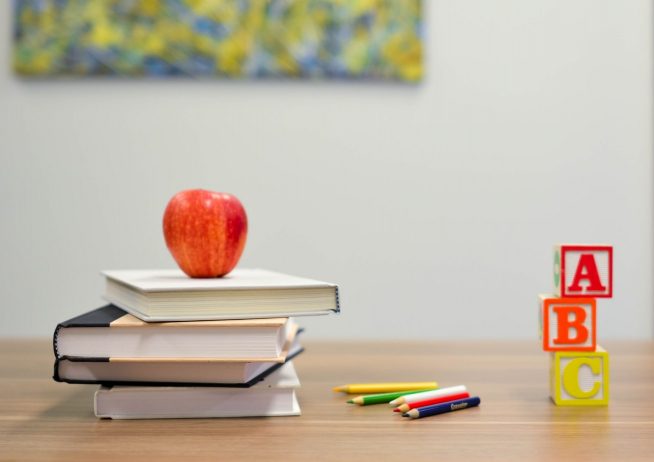 I love teaching and I always have. I played “school” as a kid, I taught Sunday school as a teen and in college, my first job out of college was as a Kindergarten teacher, and at Handel Group I continue to find teaching the most fun part of my job. There are a lot of aspects about it that I really excel at:

But, as we know from The Handel Method, all good traits “go bad”…in other words, the dial goes all the way around on all traits. So, the trait “passionate” can be good, but in certain arenas too much excess can be bad. Selfishness is usually considered a bad trait, but, well, c’mon, sometimes it’s good.

There is a reason why I got the not-all-positive nickname “School Marm.” Picture this: an old, cranky, stern lady with a very tight bun who did not become a teacher because she loves kids and learning – but rather for the power rush.

My version: I simply judge and look down on those who don’t give me their complete attention.

Have I evolved all that much?

Here’s an example: A few months ago, I was giving a workshop on dating and two women started to whisper to each other in the front row. I admit my first thought was “how dare they?”

I could feel myself losing positive connection, sinking into an “all about me” haze, and no longer having fun doing what I love! That’s my alert system that a bad trait has taken over the helm in my head and my higher self has left the building.

If I let it continue, things devolve more…I get edgy and people feel judged. I get not so much smarmy, but “marmy!” I become the tightass teacher talking down to people, shushing them, and handing out dunce caps. Goodness knows I lose my connection to my mission, which is helping people and making the world a happier place.

The process of dismarming myself is similar to the way we take down any bad trait using The Handel Method. Here are the steps:

Traits are a little difficult to nail. They die hard. That’s why step one is to make it funny. You have to have a sense of humor in order to tell on yourself. This will free you from shame so that you can catch and flip the trait.

It really helps if you give the trait a funny name or even a visual (see my pic below, it’s a real one of me from childhood). Think of it as coaxing a four year old to play with you. You better be funny, light, and unattached, or else, no dice. Don’t be surprised if it’s hard to catch it. A tell-tale sign you might have a trait at play is that you want to deny you have it!

For example: I never wanted to admit my “school marm trait”. I’d use the excuse, “I need quiet because I’m very distractible,” rather than focusing on the dark side of it – which is that I want all the attention.

Don’t be surprised if it’s embarrassing to you!

Everyone fears that their bad traits will be detected and judged. The funny thing is that most people already know yours. And we all have a handful of bad traits – it would serve us well to lighten up and talk about that as though it’s just a fact of nature.

Every time you are brave enough to talk about yours, you do a service to others, freeing them to talk about theirs. When it’s not such a taboo topic, it’s easier to fix! @HGLifeCoaching (Click to Tweet!)

How to catch it? For a few weeks, literally keep a written log of every time it arises. What were you doing and thinking? What triggered it? What did you say or do as a result and what was the impact? This should get you super familiar with it.

Once you have a good handle on your trait, you know what it does for a living, and you have your sense of humor about it locked in, start telling people (yes, you read that right!). You will not believe how freeing this is!

You can say, “I’ve discovered a trait (describe). Have you noticed it?”

Optional: does anyone else have this trait in our family? Usually people will be kind, and tell you theirs too, yay bonding! I like to start with easy people who like me, for obvious reasons!

At this point a simple promise and consequence works miraculously. For example, for me if I “go heartless” while I am leading a workshop, I have to throw $5 out the window. It’s a gentle, but real and annoying, reminder to keep the higher purpose of what I’m doing in mind.

I have several other bad traits too which I leash with promises. I tend to be selfish, so I have a promise to make romantic gestures towards my husband each week. Sometimes, I am unclear in my written communications, so I do 100 push-ups in the next 48 hours if someone misunderstands an email I send. You get the idea. Because I’m bratty by nature, I’ve denied how much a simple promise and consequence would help me literally change my personality! But it does work!

If you’d have asked me before The Handel Method if I could change something fundamental about myself that I thought was just “how I am,” I would have told you: “NO!” Happily, I was so wrong.

The school marm got schooled!

P.S. Inner.U is a 12 session online course that gives you the tools to hack into your own life, hone your dreams, and have every last thing you want in the areas that matter most to you: CAREER, MONEY, LOVE, TIME, FAMILY, and HEALTH. Do this life thing better from wherever, whenever.