How to Hold On, and When to Give Up 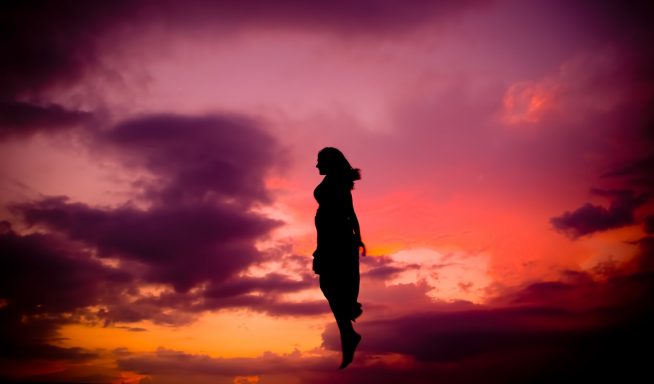 I wanted to give up when I was 26 years old, married, completely confused about what marriage was supposed to be, with a toddler and a brand new baby. It was November of 2006 and my Mom had died in June and I had no idea what was happening in my life and I felt so alone and overwhelmed and numb, and I looked at my infant son and thought, I can’t do this. I don’t know how to do this.

I’ve wanted to give up on parenting so many times. I feel terrible at it, at parenting. What do I know? Nothing. I know nothing. I make so many mistakes. Certainly I’ve given my kids reasons to need therapy for the rest of their lives.

I’ve given up on writing so many times. I keep coming back to it. I guess I’m holding on, with some moments of giving up thrown in there.

The pain of giving up ends sooner than the pain of holding on. So that’s nice, and that’s why I chose to give up, when I do. I want the pain to stop. If giving up can stop the pain sooner, it’s tempting to choose it.

But here’s the difference between holding on and giving up:

Once the pain recedes (and it will, in both cases), if you’ve held on, you’ll have something to show for the pain. If you’ve given up, you won’t.

That’s the only difference that matters. The rest of the differences are unimportant. Details in the degree and duration and type of pain, the level of embarrassment, the sense of failure, whatever. Details.

If you give up – and you can, that’s fine – you get rid of the pain by letting go of the desire.

If you hold on – and you can, I know you can – you get rid of the pain by forcing the desire to fulfillment, no matter what it takes.

That’s it. The pain is part of it, either way.

I wanted to give up when Joe was traveling three or four days out of every week, and I was at home, trying to homeschool three kids and keep the toddler from destroying the house, trying to keep up with my freelance work and still write my own stuff, trying to be a good wife and a good mom and a good friend and a good Christian and, no matter how “good” I did, always feeling like a failure.

There are times when it’s better to give up.

Here’s how you know: when the desire that’s unfulfilled isn’t your desire, give up. When the desire comes from anywhere other than the core of You, throw it out.

Here’s how you get rid of that pain: let go of the desire. It’s not your desire anyway. Why go through pain to fulfill it? There’s no good reason.

Fear is the only thing that can keep you holding on for the sake of a desire that is not yours. Fear is not a good reason to do things. Why? Because fear is about avoiding pain. Fear has created a vision of hypothetical pain and is dangling it in front of you.

So you’re keeping yourself in the midst of pain, real, ongoing pain, in order to avoid hypothetical pain. You’re being insane. Fear is insane and it makes you insane. You can stop. You can step off that shit-cycle.

Here’s how you step off: when fear dangles a pain-scenario in front of you, say, “So what?”

Some of those little scenarios will never happen. They’re myth, fear-figments.

Some of those scenarios will happen. The pain they cause might be worse than the pain you’re living, but it will end. And when it ends you will be free of something you never wanted in the first place.

There are times when it’s better to hold on.

I don’t need to say a lot about this. You know when it’s better.

When the desire is from You, the core, the real you, the Self, that deep down. When it’s that true, that important. That’s when you hold on.

How do you know where the desire comes from?

Well, here’s a foolproof way. Give up on it. Live through the pain of giving up. Let go of the desire. Forget about it. Then, if you look inside on some quiet night, and you see the desire reborn, still there, as if nothing ever happened, well, that’s how you know.

But… but… I’m telling you to hold on, not give up. Right? Well, here’s the thing. If you’re over the age of, say, twelve, then you’ve probably already tried and given up on this desire a few times in your life. Think about it. Maybe you got the degree you didn’t really want, or took the job that sounded stable instead of interesting, or let go of your side project, let yourself get distracted with reasonable adult stuff, or found some shadow-version of your desire and pretended that was enough.

But it’s still there, isn’t it? You can’t kill it. Not this one. Which is why it’s better to hold on. Because remember that there are only two ways to get rid of the pain. I’ll remind you:

If you can’t kill the desire, then Option 1 isn’t really an option, is it? You can cycle through it many times but the desire will come back because the desire is part of You.

I don’t know, maybe if you give up enough times, eventually you will kill the desire. Probably there’s a point of no return, somewhere. It’s a point beyond pain, I think, but it’s not good. It’s the zombie land of the soul. I don’t think we want to reach that point.

I’ll tell you something. I want to give up right now. I am tired. I have never been this tired. I want to end the pain by killing the desire and going back to a reasonable life, a predictable paycheck, a smaller, safer version of the world, a stable version of the game, one that people can understand and approve of.

Here’s another secret about holding on and giving up.

If you choose to hold on to that one desire you can’t kill, it means giving up on a lot of other desires. There is an equilibrium.

I am holding on to my desire: to do work that is meaningful and creative, to find a way to make a decent living by writing what comes from my heart and mind. I’ve made a decent living as a freelance writer, writing the words that other people requested. That was a shadow version of the desire. I pretended that it was enough for a long time. I procrastinated. I let the fear trick me and keep me in a cycle of unfulfilled desire and pain, in order to avoid unfulfilled desire and pain.

But now I see what was going on.

You have to give up on the desires that are not yours and live through the reality of those “hypothetical pains” in order to keep holding on to the desire that is yours.

That is the equilibrium of commitment.

And sometime in this process, in this giving up and letting go equilibrium, you enter the tunnel. The valley of the shadow of death.

It’s the place when all the safety and security and identity you had – from those not-real desires – has crumbled away. You gave it up, remember? You gave it up to hold on to the one thing, the real desire, the truest one.

But that desire is not fulfilled yet. So you are in a wasteland. You are in the dark night of the soul. You are alone, you are lost, you are bereft and bankrupt in one way or another, you are uncertain of everything, you are doubting, you are losing sight, you don’t remember what you wanted anymore. What was it? What was the desire?

Annie Mueller is a writer, reader, seeker of growth, and transplant to Puerto Rico, where she lives with her best friend and their four children. Her crash course in self-discovery came from experiencing job loss, financial devastation, Hurricane Maria and its aftermath, and major surgery—all in less than a year. She writes about creativity, personal growth, and spirituality; runs Prolifica, a content management consultancy for small teams and solo professionals; and sends out a popular weekly newsletter about feelings and freelancing. You can find more of her work on her website.

Image courtesy of Slava B.