The Valuable Lessons an Abusive Family Relationship Taught Me 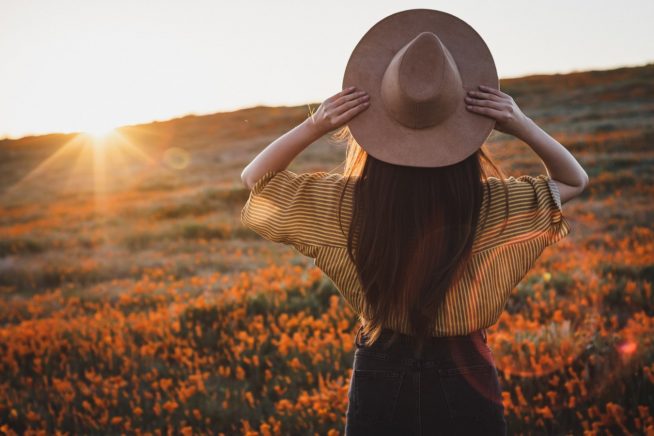 Half my life ago I met someone who taught me so much about how not to be in relationships with other people.

I didn’t realize it at the time, but I have benefited greatly from the traumatic interactions we had. I benefited because I learned from them. They now inspire my personal life as well as my professional practice. But let me assure you, I did not think that there was anything positive about the experiences I had at the time.

It didn’t start badly because when I first met her, she was very welcoming, friendly and generous. We had many nice conversations and I enjoyed her company. She was very helpful and supportive and I loved spending time together.

But it wasn’t long before I noticed just how judgmental she was. There was a correct way of being and she decided which was one the right one. If I made a choice different to the one she wanted me to make, she would verbally attack me and try to emotionally manipulate me. She was the master of shaming.

I had never been great at setting boundaries and usually surrounded myself with people who were respectful and naturally quite attuned to other people’s boundaries. Those interactions were easy, comfortable and enjoyable. My interactions with her left me reeling, feeling drained and sometimes so depressed I was unable to leave my bed for days.

It was also eerily similar to what I had experienced growing up and so I simply repeated a pattern I only knew too well. After all, a victim always needs a villain and in that way, we both played our parts to perfection. Only that from her point of view I was the villain. And that, I couldn’t bear.

When you feel excruciatingly bad about yourself when you fear that you are a bad person and try to prove to everyone and yourself that you’re not, you cannot bear for anyone to think badly of you. And I guess that’s why I stayed and kept playing this toxic game of ours. I was trying to redeem myself. I was working hard for her approval – an approval that never came because it required me to be who she wanted me to be and make the choices she wanted me to make.

Despite my desperation to gain her approval and love, I clung on to myself. I had always been stubborn and there were some things I would not sacrifice for anyone or anything. For example, I had strong liberal beliefs while she was racist and homophobic. I had a model for what made me a good person that was based on values close to my heart like integrity, respect, honesty, equality and tolerance. The way I expressed those values was not agreeable with how she expressed them or wanted me to express them.

In any case, she wanted to control me and I didn’t let her. And so we fought. I had the worst fights of my adult life with her. We fought for years until one day I physically had to remove her from my home as, once again, she refused to leave despite having been asked repeatedly.

At this point, I had small children who were exposed to our toxic interactions and I had to protect them at all cost. I decided that she would always think badly of me no matter what I said, tried or did. She had made her mind up about me a very long time ago and the only way she knew how to connect was through drama.

I also began to see her as a harmful, manipulative and abusive person. She did match all the criteria for a variety of personality disorders but I take full responsibility for my part in our relationship. I may have believed to be and looked like the victim but I also disrespected her.

I judged her beliefs and how she behaved towards me and other people. I saw her as unreasonable, nasty and lacking self-awareness. I felt disgusted by the way she talked about other people and yet I talked to others about her. I even continued to let her into my home even though I despised her. There was no honesty, no integrity, no respect. I betrayed my own values – I just didn’t see it at the time.

Soon enough all the warm feelings I initially had had for her, turned into pure contempt, resentment and hatred. I quietly criticized and judged everything she did in my own head. I saw it all as wrong and going against my – superior – beliefs.

Eventually, I did to her what I believed she had done to me.

Looking back now, I can see all the ways in which I fueled the fire. I can see how everything I accused her of was also true for me.

But back then, I felt like the victim. She did things to me. Whatever I did, I did because she made me. There was zero personal responsibility-taking on my part. I am pretty sure she felt identical to me.

But what I know with complete certainty and clarity is that if I had been healthy and secure within myself, none of the confrontations would have happened. Maybe one or two but they certainly would have never escalated and I wouldn’t have tolerated or exposed myself to any more interactions. I would have kept myself safe and sane.

I definitely wouldn’t have endured endless drama, conflict and distress for 13 years.

And so, in the absence of a healthy relationship with someone I saw as a mother-replacement, I have lessons. Lessons that taught me about myself. Lessons that made my view of myself more complete and rounded. Lessons that continue to positively impact my relationships with the people I love and work with. Lessons I want to share with you.

Lesson 1: No other person determines your self-worth – only you do.

Maybe we could have had a relationship if I had realised that there was nothing I needed from her. Maybe that would have eliminated the pressure from the relationship and changed the dynamics.

I don’t think that I would have stayed in contact with her had I realized and known that my worth was not dependent on her evaluation of me.

Lesson 2: What others think of you doesn’t really mean anything about you.

I believed that if one person saw me as a bad person it would be true. There was nothing more I feared than that. And so I tried to control what no one can control: what others think and what they think about me.

This is disrespecting their internal boundaries. What other people think is none of my business. Everyone has the right to think however they think – whether we like it and agree with it or not.

Trying to control what others think is highly disrespectful, anxiety-inducing and also impossible. After all, how well can you control your own thoughts?

Lesson 3: We resort to control when we fail to connect.

Real connection comes from a place of openness and love. Toxic shame makes real connection impossible because we fear to be seen, judged, humiliated and rejected. We may want to and try to connect with others but as long as there is toxic shame, we cannot be as emotionally open and available as we need to be for that to happen.

And so we act out from a place of fear and threat, which usually takes the form of manipulation and control.

In relationships we often try to control how the other person behaves, responds to us and thinks about us. We believe that if they behaved, thought or felt how we want them to, it would give us something we are missing, something we cannot get any other way. This then creates a lot of anxiety and pressure.

But when we try to force others to do something we believe we need them to do so we can have what we want, we no longer respect them as a separate person in their own right or try to connect with them. We simply try to control them for purely selfish reasons. We see them  as a source for something we want.

So the second control enters a relationship, true, healthy and meaningful connection is impossible.

Lesson 4: We devalue others when we insist that we’re right.

Most of us believe that we are right. We may overtly express it or keep it to ourselves but many of us often judge differences as problems or flawed perceptions.

In their eyes, you might be wrong. If you struggle with this, remember that one, the way others think means nothing about you and two, you cannot control others or what they think. Acceptance is the way to go to maintain your own peaceful state of mind.

Healthy relationships thrive in equality and need to be evenly balanced. The second one person sees themselves as right, they make the other person wrong and the balance a healthy connection requires dwindles leading to conflict and power struggles.

Lesson 5: Being loving means allowing others to be who they are.

We are open to love when we are loving and being loving means allowing others to be who they are. It means respecting them, their differences to us and appreciating them for the person they are instead of judging them and trying to change them in any way. That is respectful. That is loving.

These are the five most important lessons I learnt from this particular non-romantic relationship experience.

I felt a tremendous amount of relief the second I decided to never see this person again. While I no longer feel any anger or resentment, I do wish I had behaved differently and ended things so many years earlier than I did. Hanging in there benefitted no one. I think it was just selfish and stubborn attempt to look like the bigger person and maybe convincer her that after all, I wasn’t doing it wrong.

My feelings towards her have changed too. I no longer feel that there is anything I need from her and in that, I have found peace and a tremendous amount of compassion. I don’t think she was ever really happy. I have never met a happy person behaving the way she did. I am sorry for her suffering and for whatever I contributed towards it.

I don’t need any apologies. After all, I have my lessons.

Marlena Tillhon is a psychotherapist who helps people create richer, more authentic and more meaningful lives. She is passionate about helping people understand themselves better so they can reconnect with their innate wellbeing and unleash their full potential – no matter what has happened to them in the past. You can find more informaiton on her site here.