Can You Really Change Other People? 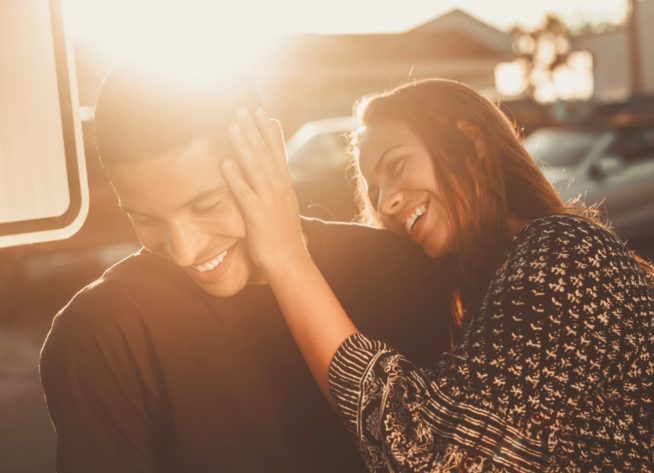 I know someone who seems to have it all. A great job. An apartment in downtown Chicago. And a girlfriend of five years with whom he has a “special connection”. Life is wonderful.

Except that his girlfriend is an alcoholic and is in total denial of it.

She’s an episodic alcoholic. She can go one to three days without drinking, and it’s bliss. Then, she’ll go on a bender for one or two days, while taking her boyfriend on a rollercoaster ride.

She becomes a different person. She stays up all night getting drunk in front of the TV. She completely shuts down when he tries to talk to her about it.

Right now, you’re probably thinking “Get out. Now.” But he doesn’t know how to. He doesn’t even know if he wants to.

He feels trapped, caught between escaping this toxic cycle and helping the person he loves.

It’s a tough one. Should he stay and try to help his girlfriend? Or is his situation completely f*cked and the only thing to do is to get out while he can?

Ultimately, it comes down to this question:

Can you really change someone?

And more importantly, should you really change someone?

The simple answer is yes. Wanting to change others isn’t always a bad desire, and in some cases, it’s totally necessary.

Some people have to change, especially if they’re causing dysfunction in a relationship or to themselves.

But the reason this push for change in others often leads to conflict, is that our reasons for wanting to change someone are problematic.

We see a behavior we don’t like and we automatically assume that they’re the ones who have to change.

We start to demand that someone gives up their behaviors and choices, without understanding why they make those choices and behave in that way. We get frustrated that they don’t see things the way we do, while the other person feels attacked and refuses to change.

Resentment grows as both parties blame the other until eventually, we either live with unresolved tension which poisons the relationship, or we part ways and no one actually changes.

So how can we get past someone’s resistance to change? How do we make them evolve without all the conflict and contempt?

The hard truth is that you can’t.

Change in anyone always has to come from within. And we can’t live other people’s lives for them. We can love them and support them, but only they can make the change we want to see.

But this doesn’t wipe out the possibility for change. Once we accept the boundaries in our relationships and the limits on what we can do, we can start focusing on the right way to help other people change.

The first step is knowing why you want to change someone in the first place.

It might seem obvious on the surface – they have a problem and they need to change. But there’s always a deeper motivation driving your need to change someone.

Some of these include ulterior motivations include to control someone, to keep things stable, to be right or superior, or to avoid having to change ourselves.

These underlying intentions aren’t inherently bad. For example, someone may want their partner to address their addiction because they genuinely want to help them.

But some intentions are misguided even when they’re conscious. For example, our desire for someone to address their addiction can also mask a deeper need to control the other person, which is a complicated need.

We might also try to change someone to avoid change ourselves. If we demand someone to deal with their addiction, then we don’t have to acknowledge the other behaviors that may be part of the problem, such as our need to be with someone who won’t help themselves.

If we want to help make a meaningful change in another person, it’s crucial that we investigate our deeper intentions and acknowledge the change we may need to make in ourselves. @JordanHarbinger (Click to Tweet!)

Ask yourself questions to help you understand your motivations:

Answer these questions before you go into any conversation about change. Do the necessary internal work and in many cases, you’ll find that you don’t need to change the other person at all.

If you do still want to change them, you’ll now have a good grasp of your intentions and you’ll have a strong foundation for a conversation about change.

The second step is understanding whether the other person wants to change.

Change is only possible when the other person truly wants to change. It can be upsetting to accept that someone won’t change because they love and respect us, or even fear us.

We can help, beg or demand people to change. We can manipulate them or force them into transformational situations – like threatening to break up or putting them in rehab – but in the end, we cannot make any true and lasting change in another person unless they want to.

Before you invest time and energy into helping someone change, it’s necessary to understand whether that person actually wants to change.

How to find out if someone wants to change.

Talk to them and really listen to them. Ask them point-blank: “Are you interested in getting better? Do you think this is something you can change?”

If the person engages in a productive discussion, then they’re likely open to change. If they hesitate, resist or lash out, they’re probably not interested in changing.

Depending on your relationship, you can try to push further. Ask them: “It sounds like you know there’s a problem. Are you not sure if you’re ready to address it?” They may agree and you can progress a little further, or they’ll completely shut down, signaling they aren’t ready to change.

You can also observe their behavior. A partner who apologizes for their behavior and makes an effort to change is acknowledging there’s a problem and they want to do better.

On the other hand, a partner who skirts around the issue or spends all their time feeding their addiction or other negative behaviors, is not ready to change.

Once you have a reasonable expectation that they are willing to change, you can move on to the next steps.

At this point, you’re ready for an in-depth discussion, and you’ll need to go into any tough conversation with curiosity and empathy.

Understand the other person’s psychology before trying to change it.

Instead of demanding change, we need to meet the other person where they are and seek to understand them. The best way to do this is through open-ended questions, rather than blanket statements.

For example, instead of saying “Things will get better if you change”, ask “Do you think things would improve if you change?”

Another possibility is that there is a problem with the other person’s behavior but they don’t want to change. In this case, it would be futile to continue trying to change them.

Focus on the benefits of changing (and the costs of staying the same).

Any change to our behavior will likely result in certain benefits, and having a clear understanding of the benefits of change and the costs of staying the same can be a great tool in helping someone change.

Here’s how you can focus on benefits and costs, and frame it as an opportunity, when requesting change from another person:

While it’s easy to ignore a request to “stop drinking”, it’s much harder to dismiss a request to “take care of yourself so we can have the best relationship possible”

These types of statements really make it clear what’s at stake, which can motivate someone into action.

Become a partner in the other person’s change.

While lasting change can only happen if the other person wants to change, that doesn’t mean you can’t play a supporting role in their transformation.

You can help them along the way as long as it’s appropriate, and that begins by asking them what they need from you in order to change.

It also comes down to your priorities. Some people have plenty of time and energy to support a friend, while others are more occupied with children or family. The supporting role you play in someone else’s journey is completely personal.

For example, an addict who is genuinely committed to getting sober likely deserves all the reasonable support you can offer. However, sometimes we have a limited ability to help. We don’t all have the expertise to help someone recover from trauma, but we can help them find a trained professional and be there to listen throughout their recovery.

While we can only help to the best of our ability, one of the best ways to do that is by leading through example.

Model the change you want to see.

The most effective way to bring about change isn’t through demands or manipulation. It’s by modeling it.

If you don’t exemplify the behaviors you’re asking of others, you cannot reasonably expect others to heed your demands. It’s hypocritical and misguided.

If your boss asked you to be on time to work but repeatedly showed up late to meetings, would you take him seriously? Conversely, if your boss made the effort to be prepared and present at work, you’d be more likely to respect his wishes and follow his lead.

Before you ask anyone to change, you’ve got to embody the qualities you want others to embrace.

And that can also resolve the problem on its own.

We’re often very quick to project our needs onto other people, so we don’t have to be held accountable.

When you see someone checking their phone in a meeting and think “He really needs to focus”, you’re forgetting that in that moment, you’re the one who isn’t focused because you’re fixated on someone else.

That’s why modeling change is so powerful, because often, we’re the ones who actually need to change. So before you ask someone to change, make sure you reflect on your own behavior and change yourself first.

Of course, if that doesn’t bring about the change you hoped to see in someone else, you’re still at liberty to ask them to change – and now you’ll have the capital to request that change without being hypocritical.

But what if someone just won’t change?

What do we do when we really can’t change someone but the problem remains?

The good news is that you have the power to decide.

You can choose to stay and accept the problem by changing your needs and values. That could bring peace to the relationship or it could become an unhealthy dynamic.

You can also choose to accept that the other person doesn’t want to get better and decide to move on. If you’ve done everything within your ability to help, then this is probably the best choice.

Although it’s always hard to end a relationship, you’ll have learned a valuable lesson about your beliefs, character and any unconscious behaviors, and will have a clearer idea of the life you really want.

Harness the power of introspection and even if you can’t change someone else, you’ll have developed the ability to change yourself.

And that’s the most important change of all.

Jordan Harbinger is a Wall Street lawyer turned interview talk-show host, and a communications and social dynamics expert communications and social dynamics expert. He has hosted a Top 50 iTunes podcast for over 12 years and receives over six million downloads per month, making The Jordan Harbinger Show one of the most popular podcasts in the world. You can find him on Facebook or @jordanharbinger.