At 71 Years Old, I Keep Competing in Ironman Triathlons – All Thanks to This 1 Word 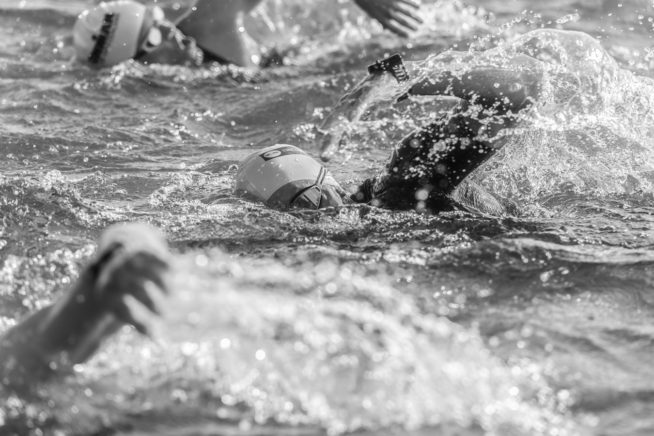 My first Ironman race may have been a long time ago, but I still remember it vividly. I remember the nerves, the pain, the fear of not finishing, the actually finishing, and the incomparable euphoria of 140.62 miles in my mental rearview mirror. Since then, I’ve competed in 41 more, and somehow I still don’t want to give it up. That doesn’t mean it’s always been easy, though.

Despite my best efforts to keep up my fitness and health (and I’m a physician, by the way), there are some aging-induced changes in the body that you just can’t stop. Instead, you have to adjust and work with what you have.

When I first noticed some of these changes, I remember asking myself, “David, can you really run another marathon? Much less compete in another Ironman?” The self-doubt started to creep in when I wasn’t paying attention, and the lack of confidence affected my training. This was a difficult thing to accept — I had my family, my hobbies, and as a physician, I had my practice, but competing in triathlons had become a part of my identity, too. I wasn’t ready to give it up.

At some point during that time period I had an epiphany — and realized I was asking the wrong question. “Can I” was a silly question then, and it still is now. Of course I can compete in an Ironman. Sure, it’s possible that I won’t finish in the allotted time, and one of these years I might not finish at all. Maybe the year after that, I won’t even finish the swimming portion of the race.

The point is, I can compete, and once I realized that, I stopped asking the question. Instead, I started asking a different one. “How can I?”

It really doesn’t matter what you’re trying to accomplish, whether it’s an athletic feat, or something business-related, or a self-improvement task. That one word — just three little letters — can arm you with the perspective you need to succeed.

Asking “how can I” does several things at once; it establishes that the answer to simply “can I” is “yes;” it engages your problem-solving faculties, which motivates the brain a lot more than choosing from a binary set of options; it facilitates a paradigm of progress — here is where you are, there is where you want to be, and how is the path between them.

Once I started asking the right question, I was no longer lacking confidence in whether or not I could keep competing. It was just a matter of figuring out ways of optimizing my health and my training regimens.

Sometimes my patients, friends, or family want to know how it’s possible I can still compete at my age. I tell them there’s no secret. I just learned to ask myself a better question.

Can you accomplish your personal goals? Yes.

How can you accomplish them? Answer that, and you’ve taken the first big step.

Dr. David Minkoff is co-founder of LifeWorks Wellness Center, one of the largest alternative medical clinics in the United States. Dr. Minkoff is also Founder of BodyHealth.com — a nutrition company that manufactures and distributes cutting-edge solutions to practitioners and the public, and offers them the opportunity to have access to unique dietary supplements and education. You can read his latest best-selling book on Amazon: The Search for the Perfect Protein: The Key to Solving Weight Loss, Depression, Fatigue, Insomnia, and Osteoporosis. You can connect with Dr. Minkoff on Linkedin, Twitter, or Facebook.