What a Consciously Created Life Really Is (And How to Have One)! 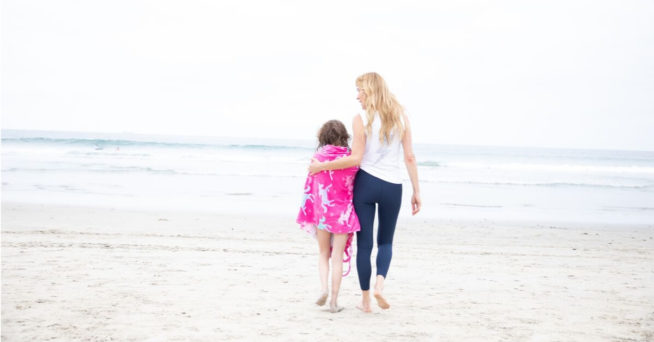 Do you ever read my headlines and just think to yourself… “um, yeah… I’m so sure.”

It’s okay if you do. I know a few have probably had an eyebrow raise reaction to something I’ve written.

When I spend 99% of my time talking about how living a dream life is possible, it’s bound to be met with some side-eye from time to time.

Maybe you’d think I’m not accustomed to people not believing me.

I hear it a lot, especially when I break out the Big One.

I’m talkin’ about the phrase that usually rattles some excuses and challenges some long-held beliefs.

I’m going to drop it on you right now, but purely for the purpose of explaining what I mean (of course) –

You can consciously create the life and business you love.

Okay so you’ve probably heard me say this once or twice before. Maybe even 100 times before if you’ve been with me for awhile.

Have you ever taken the time to break it down though?

If you have, chances are you’re one of the ones who felt challenged a little.

It’s cool, I used to be there.

I used to think my negative beliefs about myself and my life were actually true.

I used to think I wasn’t capable of doing great things, of surrounding myself with real go-getters, of achieving Big goals.

I used to think – subconsciously, of course – that mediocrity was my thang. That status quo was OK.

I never flat out told myself that but… my thoughts, feelings, and actions all pointed to that conclusion.

But then this shift happened →  It was like watching a friggin’ fireworks show as my world entirely changed.

I made this connection that turned out to be life altering.

I became aware of these two layers of thoughts and how they are at war constantly.

I learned how to make them cut that shiz out. And when I did… my entire existence changed.

I became a Mind Ninja.

You’re already familiar with these layers. It’s your subconscious and conscious thoughts (sometimes also called “back of mind” and “front of mind”).

What I’m asking you today, though, is have you ever really thought about them (woah, meta)?

First things first, sometimes your subconscious mind can be a real B.

It’s where all the negative stories you believe about yourself live.

The time you embarrassed yourself in 7th grade when you tried out for choir and didn’t make it – your subconscious mind now calls that one “Taylor can’t sing for crap (like at all).”

Or the time you went after a huge goal but it fell completely flat and you couldn’t figure out why – your subconscious mind now fondly refers to that one as “Jennifer shouldn’t be setting goals.  She’ll never reach them.”

To be fair, your subconscious also has some pretty amazing things in it too.

Like some of your most precious memories, or references to things you find massively hilarious, or ideas you’ve got about goals to work on.

I mean your subconscious could literally be a reality show. Or a big picture film. Have you thought of pitching any of your stories? #youprobablyshould

Here’s the thing though… you’re literally the only one in there.

You are actually responsible for all those stories.

You wrote them in your own brain. And then you decided to make them mean something so then you had feelings about them.

You probably didn’t even know it was happening. But it was.

The story about Taylor as a child having that experience at school? She formed that story as a means of coping with feeling embarrassed.

Maybe the girl really can’t sing, but she could have chosen to feel proud of herself for trying instead.

Your subconscious mind is where all your stories you tell yourself about yourself live. #metaAF

You control it, but you aren’t always aware of that part.

Why does this matter?

All of those stories you’ve been writing on your internal hard drive become a real issue when they begin impacting your desire to dream big.

When you start attempting to Consciously Create the life you want, those stories appear and try to get in your way.

Even the ones from childhood.

Think about Taylor again. If she believed she couldn’t sing, aka perform, and later in life she had the opportunity to give a speech on an international stage well… take a guess at what story would pop up.

“You can’t sing for crap, Taylor. Like, at all. What in the fresh heck makes you think you can give a speech in front of all these people? Sit down.”

I know you’re feelin’ me on this.

We all have these stories embedded in the back of our minds. These stories bombard us in various ways all day long.

It can be relentless.

I want to see this cycle stop and – THIS ISN’T A SILLY CLAIM – I know how it can.

It stops when you can literally do a hard delete on the stories you’ve built from your past and pretty much give your brain a full on reset as you move forward.

Prepare to be wrong because… well, you’re wrong. It is possible.

I know it’s possible because here I metaphorically stand in front of you, living out the life I Consciously Created.

I finally understood my deep rooted stories were BS and that if I could switch out those stories to better ones, I’d shift the way I was feeling and therefore my reactions to what was happening (aka people talking to me lol).

I realized I needed to be in tune with my emotions enough to pinpoint which stories were influencing them.

And most importantly, I realized that every action I took was related to the way I chose to interpret something and how I felt about it.