Surround Yourself with People Who Believe in Themselves 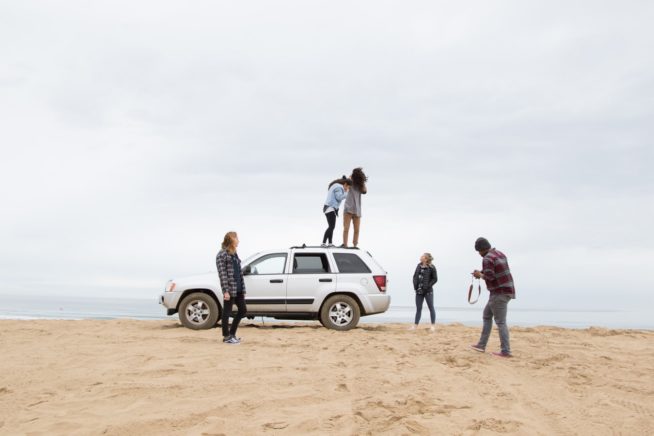 In real life and online, I look for strong men and women who believe they can have it all. That kind of confidence is contagious, and it transformed the way I saw myself.

I was raised in a home that taught me to value religion above everything else. When I questioned my faith as a teenager, I received punishment in return. I quickly learned the religion that was forced upon me my entire life was the only thing I had in common with my parents. When I left the church, the unconditional love I had heard about for so long was nowhere to be found.

Because of the fear-based parenting methods used in my childhood, I never learned to value myself. I constantly felt like a sinner for things I shouldn’t have felt guilty for. I was used to hearing messages about disappointing God by my actions, but I never heard the message that every child should hear, “You can do anything you put your heart into.”

Regardless of cultural or religious background, every child should know, no dream is too big when you believe in yourself.

We have to teach our children to value themselves. It is the foundation of building self-esteem.

Children need to grow up with the mindset they can have it all if they work hard for it. They need to know it’s okay to dream big. By teaching them to do so, we will raise them to be compassionate, to be goal-oriented, and to believe in themselves. This is how we will raise children who will want to change the world when they grow up.

Because I wasn’t the most confident individual, I was always scared to make mistakes. I wanted to avoid failure at all costs and I preferred to take the safe route anywhere. I went to college, I panicked, and then went to grad school because I was scared of not having a plan. Studying had never been difficult for me and going back for a master’s degree was the easiest way I knew. Minimal risk =minimal reward and I was okay with that.

Then, I befriended people who were happily taking risks in life because they genuinely believed in themselves. That kind of confidence was contagious, and it changed everything.

One of the most inspiring people I’m lucky to have in my life is my partner. He is an amazing man and not just because he reads everything I write (although that helps.) He is the first partner I’ve ever had who pushed me to follow my dreams. From the beginning, he made me genuinely believe I can do anything I want to do. I wasn’t used to hearing that from anyone.

It wasn’t easy to take him seriously at first.

When I published my writing online for the first time, he told me I should write a book. I laughed at him. A book?! What would I write a book about? Who would want to read that? I remember replying, “Sure…We’ll see.” I continued to shrug him off because I didn’t believe in myself yet. I was still dreaming small.

It took some time before I realized he wasn’t joking. He wasn’t saying these things to be nice or sweet or to be a good partner. He believed so much in me he was confident I would be a published author one day. Something changed in me after I saw how much genuine appreciation he had for my writing. I wanted to believe in myself as much as he believed in me. I didn’t want to think like that small-minded girl anymore.

I realized how important it is to surround yourself with people who dream big.

People who tell you “Yes you can” instead of telling you to take it slow. People who know more about life than you do but use it to inspire you, not intimidate you. As a young woman, it’s important to keep other strong women in my life, like my dear Medium friends Maggie Lakes and Gillian Sisley. These two are brave women who don’t let hateful and misogynistic trolls stop them from writing and telling their stories. We were brought together for a reason, I know it.

Since starting our online friendship, we’ve formed Fearless She Wrote, an empowering publication for anyone who has ever been shamed for sharing their story.

I haven’t met either of my Fearless She Wrote co-creators in real life, but I consider myself blessed to converse with them every day, about Medium and non-Medium topics. These women are the kinds of people I want to keep in my life. They inspire me because they have goals, they’ve achieved so much, and they really believe in themselves.

Even though I didn’t grow up with the most confidence in myself, I have changed for the better.

I believe I’ve worked hard to get where I am today. I have faith in my abilities. I know I am capable of making it to the top if I work hard and stop doubting myself. Support your friends and family and encourage them to have goals that small-minded people might laugh at. You never know what kind of seed you’re planting in someone’s mind when you tell them anything is possible.

And if you don’t believe that yet, surround yourself with people who do. It will change your life. Remember if you believe in yourself, it will be impossible for others not to believe in you too.

Jessica Mendez is a full-time writer living in Las Vegas, NV.  She received her bachelor’s degree in psychology from NAU and her master’s degree in family and human development from ASU. In 2018, she left her career in mental health to pursue a career in writing. She is currently working on her debut novel and a collection of bilingual poetry. Follow her on Twitter and Medium to read more of her work.