Compassion for Oneself Is the Catalyst for Real Change 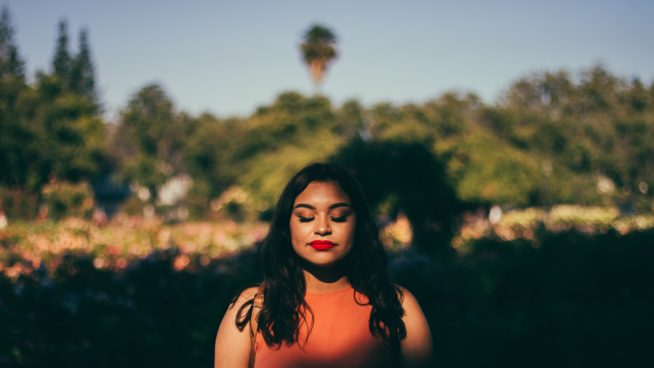 As a regression hypnotherapist, I help clients to use their imagination to bring forward information that their subconscious (or “Higher Self”, depending on the perspective of the client) feels is important for them to see.

In a recent hypnotherapy session, my female client went back into a past life where she was a male soldier in an army. She found herself in a small town, bringing up the tail-end of the troop. By that time, the villagers were very scared and hiding out in their homes; hoping that the worst of the attack was over – after all, this soldier was the only one left walking through the town. But this lone soldier was not quite finished here.

Client: “I feel for these people… I know that they’re my “enemies”…but they’re not my enemies. Like, we’re (her army) just there to plunder and take shit. But I actually didn’t agree (with that behavior). I’m quite sad that they (the townspeople) hate me and don’t like me because of this troop that I’m apart of… I’m wearing their (the army’s) clothes and so they (the townspeople) identify me with that, but that’s not really who I am.”

Me: “So what happens next?”

Client: “I walk into one of houses… And there’s an old man wearing tattered brown clothes. It’s very simple, there’s straw on the ground.. And wooden tables… and pottery. And he’s the father and he’s protecting his daughters. There’s three women that are cowering in the corner. And they think that I’m going to do something bad. And he (the old man) is standing there with a knife in front of him. I try to reason with him. I try to tell him ‘that’s not me’.. But he’s angry at me because it’s my people that has done this to their town. So we’re at this impasse.. (laughing).. So it’s, like, this awkward moment, cuz, like, now what?”

Me: “So what happens next with this old man?”

Client: “I think he wants to trust me, he wants to believe I’m different… but he doesn’t because he just witnessed all these horrors. But he’s on the brink… he’s softening. He doesn’t want to hurt me. I don’t want to hurt them either… but, I see myself killing him. Wow. That was unexpected. But I’ve killed before, it’s not so crazy, it’s what I do…”

Client: “I was just programmed… I was just used to it… That’s all I really knew how to do. And when there was that uncomfortable moment between us of “now what?” I just acted out. So now there’s these three cowering women in the corner… wow… I take one of them and I rape them. And after I rape her, I’m so ashamed. I leave. I don’t kill them. I go back out to the square. I’m so ashamed, I just want to die.”

This old man turns out to be quite an important member of the community. After, the soldier leaves the house, many of the townspeople are angered by this loss and they come to fight back, killing the soldier in the town square. “They beat me with everything they have…shovels and sticks… and… I agree with them.”

“You’re not a slave to these drives, these things you have been taught.”

On the “spirit side”, from where she was reflecting back on her life, she met a “greeter” who helped her to clear her shame. ”Try again,” he said, “It’s ok. You can do better next time. Try again.” I asked if this greeter had any advice for her the next time around. He said,

“If there is that moment of uncertainty where there could be a moment of positive connection, stay with it. Just be open to it. Where can you make the positive happen? You’re not a slave to these drives, these things you have been taught. Don’t worry about this one. You just need more practice.”

My client said this “greeter” really had no judgment of her. “I felt the ultimate judgment on myself. So it felt nice to know that I didn’t do anything wrong, it was just what I had to learn.”

“…The hatred energy keeps things stuck where they are.”

“She’s always been bothered by the subjugation of women. For her to see that she’s been on the other (male) side of a rape… and the other side of what it means to subjugate a woman, to not have so much hatred in her heart for those that harm women… because the hatred energy keeps things stuck where they are. The expectations of how men are going to treat women… to stay stuck in that energy, to stay stuck in that anger and self-righteousness keeps it where it is – and she very much wants to evolve that energy… and for there to be true equality.”

In this session, compassion for oneself was the catalyst for real change. Compassion for one’s lineage of experience. Of course, not everyone believes in past lives and spirit sides, and, really, it does not matter. This woman’s imagination brought forward a story that totally shifted her perspective of herself and of her relationship with life. She fostered compassion by experiencing the “other side”; experiencing non-judgment; experiencing the release of anger. And, in this way, she was able to stand in her truth of how people should be treated, not just women versus men. I was in such gratitude to my client for showing me how such a dark experience could bring forward such a powerful lesson in what it means to be the change – not just to know what change needs to be made.

Jennifer Van Gorp is a regression hypnotherapist at who conducts virtual sessions with clients from all over the world. In her sessions, clients use their imagination to bring forward information that is important for them to see. By activating the right brain, clients can feel what they need to feel in order to make changes in their life. Jennifer is incredibly humbled by and grateful for all of her amazing clients and their fearlessness in self-growth. For more information and to book a session, visit www.riseuphypnosis.com.