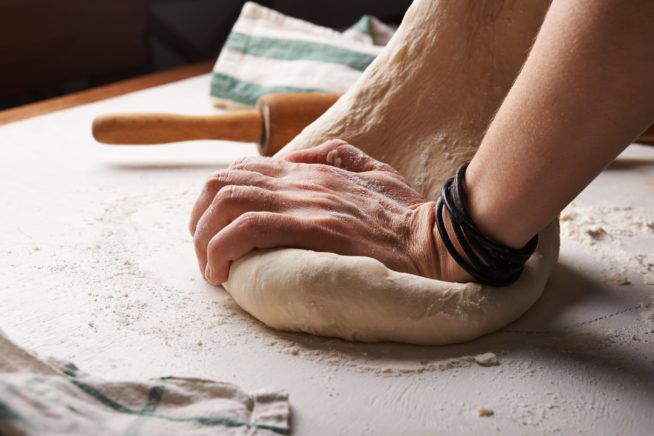 Twenty years ago, I met the most famous baker in the world.

I was in Paris for a speech, and visited Poilane, a bakery much smaller than its reputation would lead you to believe. I was hoping to take home an unbaked kilo of dough, a sourdough, one that I could use to spawn hundreds of new loaves over the years.

Proud of my sneakiness, I began by ordering $30 worth of loaves and tarts. And then, offhandedly said, “and an unbaked loaf please.”

The clerks would have none of this. It was impossible, it wasn’t done, it wasn’t permitted.

Bluffing, I said, “I’m confident that M. Poilane would be okay with it.”

On cue, a door behind the counter opened and a handsome man, dressed in a smock, came out to introduce himself. Even before he spoke, I could see the sparkle in his smile, and I figured we would hit it off.

Instead of shooing me away, he invited me into his office. We spent two or three hours together that day, talking about his work. He showed me his huge library on the history of bread and we hung out in the basement, where it was over 100 degrees because of the wood-burning ovens. He sent me home with two kilos of unbaked dough. I kept that starter alive for years.

Lionel understood that bread shared wasn’t bread lost. That no one was going to be able to steal his sourdough, even if they grew their own version at home. Over several years, he and I got together for long lunches in Paris when I was in town for a speech. I taught him about the internet, and he taught me about the magical intersection between generosity and idiosyncracy.

Ideas, bread and books are all the same–they’re better when they’re shared. The posture of generosity and connection replaces a mindset of scarcity, and Lionel modeled this philosophy every day.

When he and his wife were killed in a tragic helicopter crash, he left behind friends all over the world as well as two teenaged daughters. I honored his memory in the best way I could think of–by dedicating a book to him. My challenge was that I didn’t have a book in the works, nor was I planning to write one.

The book I wrote, so that I could have a book to dedicate to Lionel, was Purple Cow. It captured his energy and his care and his impact on so many. And it changed the arc of my career as a writer as well.

Lionel’s eldest daughter, Apollonia, immediately stepped up and took over the bakery, a task that few outsiders felt she could handle. After all, she was only a kid. And the patriarchal mindset in her industry and city didn’t help.

Not only has the quality of the bakery been maintained, but its impact has only grown. Apollonia has modeled the clarity and contribution of her dad, and has shown us what it means to share ideas and to lead. From the first moment, she showed up in a way that honored the memory of her parents.

Generosity, abundance and idiosyncrasy in service of craft and community.

Her new book, her first in English, is out this week. Her dad changed my life, and her bread and the way she talks about it might change yours.