The Secret to Living a Life of Freedom and Abundance 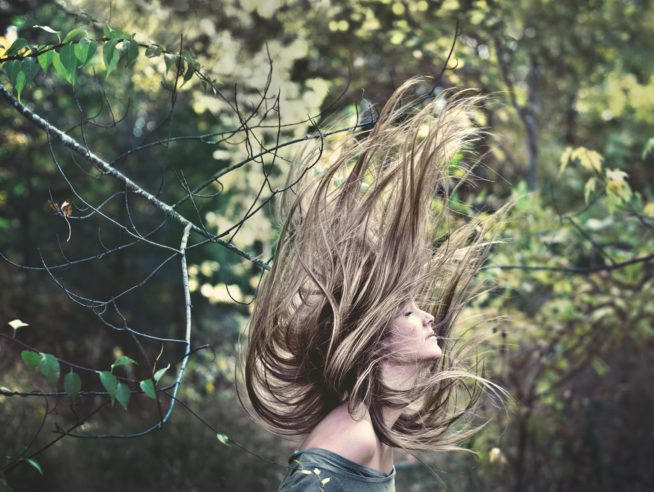 Do you wake up and go about your day feeling like you have control over your own life?

Or, do you feel like your life circumstances dictate how you behave?

Do you feel like your life pushes you around?

Are you constantly reacting to what goes on around you?

Do you have this nagging sense that you can’t really do what you want to do with your life, as if there is some sort of ominous force lurking around the corner to thwart you?

These are deep questions, questions worth asking. And the answer to them could possibly lead to your liberation.

Regardless of who you are, you want to feel like a free and autonomous person who gets to exert influence over your own life. Sadly, most people don’t (seem to) fit this mold.

On the Masses of Men, Women, and Everyone in Between

I live in a town called Rochester, MN. It’s home to one of the best hospitals in the world, the Mayo Clinic. It seems like they employ everyone in the city.

How do you know they work there? They all wear name tags.

Of course, the name tags include those credentials they spent tens or hundreds of thousands of dollars for — M.B.A, M.D, Ph.D. — a real alphabet soup of formal education if you will. If you squint though, the name tags look like prison IDs — tailored suits turned orange jumpsuits.

I don’t know if they’re happy. I can only observe and assume, but many of these people don’t seem happy. They have scowls on their faces, blank stares, or they’re just looking at their phone or the ground. I can distinctly remember days where I get eye contact and a smile.

I know many of them, and I know they’re unhappy because they’ve told me.

As I walk downtown to the coffee shop I work at, I see them buzz back and forth. Eventually, all of them seem to fade into the background and become a blur. I feel like I’m Neo in the Matrix. People stop becoming people.

They’re 0s and 1s in the computer simulation.

I feel like saving them all, but then I’m reminded of one of the most famous quotes in the movie:

“The Matrix is a system, Neo. That system is our enemy. But when you’re inside, you look around, what do you see? Businessmen, teachers, lawyers, carpenters. The very minds of the people we are trying to save. But until we do, these people are still a part of that system and that makes them our enemy. You have to understand, most of these people are not ready to be unplugged. And many of them are so inured, so hopelessly dependent on the system, that they will fight to protect it.”

It’s quite the quagmire to truly become free. See, first, you live in this world where people want to stay plugged in and will fight to the death to remain plugged in.

Also, odds are, you are also one of these people. I am. We all are.

How to Unplug Yourself

Culture, societal norms, dogma all feed us expectations intravenously. We didn’t plug ourselves in.

So that’s the good news — it’s not your fault. Don’t beat yourself up because you played by the rules and got fucked anyway. It happens.

I’m not even saying all of it is bad, but I always try to make this simple point — you want to live a life of freedom based on your expectations. If some of the things you truly want do fall in line with society’s playbook, cool. I know some of mine do. No one is totally immune to influence.

But there’s a huge difference…

…between the discernment and implementation of parts of narratives…

People trick themselves into thinking they’re free. They rationalize, make excuses, or go into legitimate denial.

Anything to cope with one of the hardest realizations one can have:

You’re wasting your life, you’re a prisoner, you’re not free.

One thing I love about writing — I make these claims and then you get to wrestle with them. Regardless of how the message hits you initially, you’ll have to at least acknowledge whether or not I’m right.

You can’t hide from yourself. At least not forever.

Deep down, you probably know you want to be free, but how do you do it?

How do you rid yourself of a personality, identity, and belief system you’ve spent decades constructing?

Let’s take a look at the different facets of the “plugged in,” mindset and how to overcome it.

Become a Fish Out of Water

Fish don’t know they’re in water. If you tried to explain it, they’d say, “Water? What’s water?” They’re so surrounded by it that it’s impossible to see. They can’t see it until they jump outside of it.

This is how I feel about culture. We’re so surrounded by it that it’s impossible to see. Many things we think are true are really just our local culture. We can’t see it until we get outside of it. — Derek Sivers

I love using this idea to illustrate this point. If I were to take “you,” start your life all over, and place you in a different country with different parents of a different religious faith (or lack thereof), you’d be totally different.

So how do you choose beliefs that are “correct”?

Well, that’s a trick question. Sure, some beliefs seem much better than others and are pretty black and white.

Almost all of us think killing people is bad. But when you get beyond the obvious and grievous, right and wrong are pretty damn nebulous.

Are your current beliefs helping you get the life you want? Do your beliefs make you an optimist or a pessimist?

Are you holding certain beliefs just to fit in? If so, what does that say about the quality of the relationships with people on “your team,” — the fact that disagreeing with them is a non-starter?

Obviously, I’ve been influenced by Western ideas — freedom, liberty, the pursuit of happiness. This has its downfalls, too. But, in general, it works for me. I have an ambitious and curious temperament.

I reject the notions of utopians and pessimists alike. But I’m ok with them believing what they believe. It’ll produce certain outcomes in their lives and I’ll have mine.

We’ll see how things shake out.

Madness is rare in individuals — but in groups, parties, nations, and ages it is the rule. — Friedrich Nietzche

Groupthink and contrarianism are both tricky beasts.

One the one hand, groupthink can be very, very, very toxic. Look at all the bad things that happen when you get large groups of people who are angry with an ideological beef. Not good.

This extends online, where everyone is playing “team sports.”

The next few sentences are very important for you to understand.

For the most part, especially now, people aren’t ideologues — people with a certain set of core beliefs they operate by. You can reason with an ideologue.

Now, by and large, people are members of teams.

The team itself can make a 180-degree turn in beliefs and they’d follow along.

Bottom line — you can’t deal with or save these people because there’s nowhere to get a foothold. They’re fucked. Just ignore them. There’s no upside to be had.

You barely stand a chance of saving yourself. But you have to if you want to be free.

This often leads to people becoming contrarians. I’ve been this person before. You think you’re a free thinker, but you’re not, because you’re just reflexively rejecting conventional wisdom.

Not only is this lazy thinking, but some of the conventional wisdom is obviously right. These types think they’re lone wolfs, but they’re on a team just the same.

Here’s the best thought I have on this — no one should be able to guess all of your beliefs just by knowing one of them.

How do you get there? Use some common sense. Imagine how you’d think about certain issues in a vacuum without the influence of your group or your “free-thinking spirit.”

“I know only one thing–that I know nothing.” — Socrates

The Thread That Runs Through Doubt and Fear

Going back to the Morpheus quote, you have to both understand why other people resist removing their plug and why you do, too.

It all comes down to social connections. All of our biggest fears usually involve other people — their opinions, our relationships with them, our standing in society as a whole.

Imagine being Galileo, facing ostracism and literal death for simply knowing the truth. But the fact that he revealed it anyway is why people remember him.

Honestly, I’ve thought about this for a while, and I don’t think being “free” is necessarily…worth it.

Ignorance is bliss, in many senses. In many ways, I envy the people who fade into the background as I walk past them downtown. They get comfort. They get to fit in. Hell, they don’t have the inflated sense of self to even think the aforementioned sentences.

Working for myself makes me paranoid. I sometimes wish I could just engage in small talk without my beliefs playing in a loop in my head constantly.

Normal looks pretty good, sometimes, until I remember what I really want. You have to really want it, too, because you have to be an outsider to get it, by default.

This doesn’t mean you can’t have friends. It doesn’t mean that everyone around you are “sheeple.” Those notions are BS. People are people, all equally worthy.

It does mean that you will feel lonely sometimes, though. You have to understand that being alone in certain senses doesn’t mean you have to be lonely.

Too many self-help writers, myself included, have created this false “all or nothing” dichotomy where you have to cut off all the non-believers and get on your soapbox to be free. Nope. That’s just a different prison cell.

So, what then? Who is this free person I speak of?

What Freedom Means to Me

I’ve gotten to the point where I just want to get closer and closer to true acceptance. The point where I’m simply working on myself, sharing my thoughts with others, and trying to be an example.

I’m trying to paint a picture of the world that helps you get what you want. If it doesn’t, no skin off my nose. That right there is the essence of freedom.

You have a vision of the world, but it doesn’t bother you if others don’t share it. You realize the media and news are trying to gaslight you, but you just accept it as fact and turn off the TV or get offline. Maybe in your mind, you think other people should be doing this or that, but you don’t care.

You have the job you want to have. You’re around the people you want to be around. In general, you have an acceptance and even fondness for all human beings because you know how hard it is to be one.

You rid yourself of the baggage of other people’s opinions as well as your judgments of them.

You realize you live in a planet sustained by a giant ball of fire 93 million miles away. A planet inhabited by billions of people who are just trying to figure it the fuck out.

This calms you, and you enjoy your adventure freely.

Ayodeji Awosika is a personal development blogger and the author of You 2.0. His goal is to help as many people as possible find the freedom to do exactly what they want in life. Find more of his work at ayotheauthor.com.