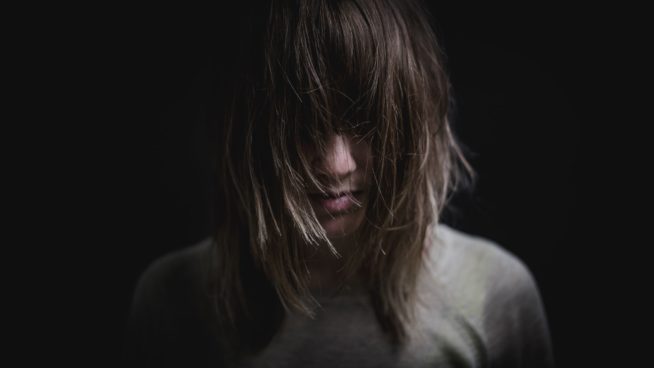 Emotional clarity means that we have a good understanding of how we feel emotionally. This is a surprisingly rare skill.

Most of us spend decades of our life learning to think more clearly. But how many of us were trained to clarify and understand our emotions and moods?

We’re experts at creating financial models, curing diseases, and building bridges, but how many of us are particularly skillful at managing bad moods or sudden spikes in emotion?

As a therapist and psychologist, I spend a good portion of every day helping people to get better at just that.

What follows is a handful of the most helpful ideas and principles for achieving better emotional clarity.

1. Label your emotions with plain language.

How good are you at expressing how you feel? I’m going to take a wild guess and say that—like most of us—you’re pretty bad.

But if you’re not sure, take this quick test:

Well, how many did you get?

In any case, odds are your number is probably lower than you imagined. But don’t worry, like I said, most of us are pretty terrible at this.

As a society, we don’t talk about emotions much. Sure, we love to complain about how stressed we are, how pissed off people are making us, how stoked we are for the big game tomorrow, but these aren’t really emotions. They’re metaphors and umbrella terms.

Most adults avoid using real emotional language in favor of these more conceptual terms—something I wrote about in The Dangers of Intellectualized Emotions.

Consider this: When was the last time you simply said, “I’m sad”? Or, “I feel afraid.”

The fact that it sounds childish to simply say “I’m sad” is as strong a piece of evidence as I can conjure for how bad we are at labeling our emotions. At some point—a long, long time ago—we outgrew the use of basic emotional language.

But here’s the problem:

So, before we can get better at navigating and making sense of how we feel—before we can achieve emotional clarity—we need a better emotional vocabulary.

I use my own Families & Flavors framework for describing emotions. It goes like this:

So, the next time you’re upset, down, off, or in any other kind of bad mood, ask yourself two questions:

The more fluent you are with real emotional language, the more clearly you will be able to think about how you’re feeling.

Once you start to build up your emotional vocabulary and fluency, the next step toward better emotional clarity is to get used to the idea of emotional complexity.

When we feel upset, our default assumption is that we’re feeling one single emotion. But in reality, it’s rare to only be feeling one emotion at a time. And more often than not, we experience a mixture or blend of many emotions.

To use a somewhat boozy metaphor, our emotional experience is more often a cocktail than a single shot.

Imagine how you feel when you suddenly get cut off on the freeway. It’s easy to describe your emotional reaction in such a situation as anger (maybe rage!). But is that really the only emotion present? Or is anger simply the loudest and most obvious?

The point is, more often than we realize, our emotional reactions to things involve more than one single emotion (the reason for this, if you’re curious, is because we usually have more than one story we’re telling ourselves about what that event means).

And training ourselves to look for and see this emotional complexity is key to better understanding ourselves when we’re upset and moving on in a healthy way.

So, the next time you find yourself upset or in a bad mood, ask yourself:

Is my emotional response right now really a single shot of one emotion or is it more like a cocktail, with perhaps one dominant ingredient along with a few other subtle but still important emotional elements?

This one’s simple, though not necessarily easy:

When you’re afraid, for example, and you say that you feel tense. Is tense an emotion or a physical feeling?

More than likely, you’re feeling emotionally and physically tense. But it’s good to clarify for yourself that on a physical level your muscles are literally more tense than usual but on an emotional level you’re also feeling apprehensive or nervous.

There are many reasons why it’s a good idea to get better at distinguishing physical feelings from emotions, but here’s one of the most important that most people don’t consider:

Many negative emotional states develop out of a mis-interpretation of a physical feeling.

A common problem among people with chronic anxiety is that they’re constantly observing that they feel “off” or “weird” physically—their stomach feels a bit queasy, their head feels a little foggy, etc., and then interpreting these physical feelings as a sign that they’re anxious.

Consequently, they’re anxious about being anxious, which—of course—leads to them feeling worse physically and even more anxious.

While anxiety can lead to changes in how we feel physically, so can lots of other things:

It’s dangerous to assume that physical feelings and emotional feelings are always related. Sometimes a headache is just a headache.

If not, I suggest you try it out. Here’s how to do it:

The point of this little exercise is to actually get some data about the relationship between emotional intensity and time. Specifically, it helps us see a fact about emotions that is really useful but typically ignored:

At least as long as we’re not exacerbating them with our thinking.

It’s in the nature of emotions to be intense but fleeting. And by doing this little experiment, you get the chance to prove that to yourself.

This little experiment with timing our emotions can be quite useful since the ability to tolerate our emotions and continue on with life is paramount to so many endeavors and goals.

While nobody enjoys feeling any kind of negative emotion, we all tend to have a particular emotion that they’re especially afraid of and try to avoid.

Identifying your own personal emotional kryptonite is important because many of our bad decisions and ill-advised behaviors are actually the results of trying to avoid particularly uncomfortable emotions.

I had a client once who described herself as a hypochondriac—at times she would become compulsive about checking her body for signs of illness and disease, often booking dozens of doctor’s appointments in the span of just a couple weeks.

She’d spend hours doing meticulous breast exams to make sure she didn’t have any potentially cancerous lumps, followed by several more hours of internet research about various symptoms and predictors of every imaginable disease and illness.

What we learned after working together for a while, though, was that her episodes of intense hypochondria almost always followed times of intense sadness in her life.

Interestingly, she was rarely aware of the fact that she was experiencing sadness, even though an event occurred that most people would associate with being sad (death of a family member, loss of a job, etc.).

We discovered that my client was so averse to the helplessness associated with sadness that she used her hypochondriac tendencies as a way to avoid her sadness.

Even though the compulsive behavior around her health was leading to a lot of anxiety, in her mind, that was better than having to experience even small amounts of sadness and the feeling of helplessness that often went along with it.

Over time, as she understood that sadness was her emotional kryptonite and something she habitually ignored, she got better at seeing her sadness and eventually confronting it and learning to tolerate it. As a result, her bouts of hypochondriacal health checking virtually disappeared.

Most of us are problem-solvers and fixers at heart. If something’s wrong or seems bad, we instinctively start looking for solutions.

And while this habit of problem-solving is largely productive in most areas of life, it backfires completely in our emotional lives.

The problem is, even though negative emotions and moods feel badly, they’re not inherently bad things themselves.

But if we get into the habit of treating our emotions like problems, we end up training our brains to interpret negative emotions as threats, we leads to even more intense negative emotions. This creates some pretty gnarly vicious cycles.

The basic idea is simple:

Rather than trying to fix or eliminate our negative emotions and moods, it’s best to simply acknowledge them and then get on with life.

Emotional Validation sounds technical, but it’s really quite simple and straightforward. I’ve broken it down into three steps:

A good place to start with emotional validation is to start paying attention to your self-talk when you’re upset.

The next time you’re angry or sad or anxious, pay attention to the kinds of things you say to yourself. More often than not, this self-talk when you’re upset will be pretty negative, harsh, and probably pretty inaccurate in many ways.

Once you begin to notice these patterns, use the 3 steps outlined above to start talking to yourself differently about those negative emotions and gain a little more emotional clarity.

If you feel like you often get stuck in bad moods, unsure of how to navigate difficult or painful emotions, there are a few basic principles for clarifying those emotions and moving on: