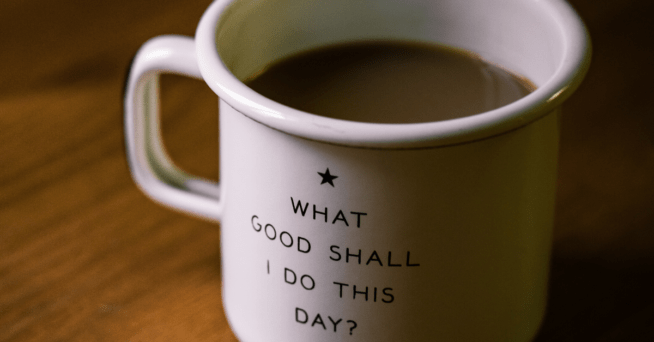 A rabbi has taught that doing the right thing is a prized religious value. And recently, science has aligned with God,

Doing the right thing, the good thing, the decent thing, turns out to be good for the do-er as well. Ariana Huffngton quotes the philosopher Seneca, “No one can live happily who has regard for themselves alone.” That is the hypothesis and two thousand years later, the evidence is now coming in.

Something good is happening here. Doing good for others is good for ourselves. The Book of Proverbs teaches: one who runs to do just and kind deeds; such a person achieves well-being and an increased sense of goodness and self-worth.

Looking for the model righteous person on the internet is an interesting search. If you want to learn foe righteous people in America, look for them under “humanitarian.” These are the people people out there on the front lines, who really have a passion for a cause, and want to do something meaningful and significant.

It is a great legend. Because we can all use one of the 36 every now and then. And you never know who it might be. So think about it. Do you know one? Could you be one?

To quote the rabbi “As we think of our shortcomings may we be inspired by the great ones, the righteous ones, who help so many to brighten their world and their future, and who light the way for you and me with a brilliant flame of impassioned concern that can’t help but leave its mark of goodness and hope upon us all.”